A New Marshall in Town

There's a new Marshall in town... 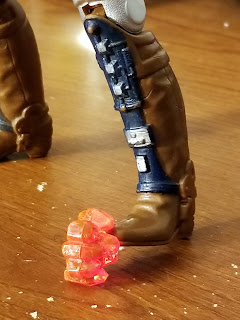 ...And he's here to ensure the citizens of New Texas can sleep safely at night... 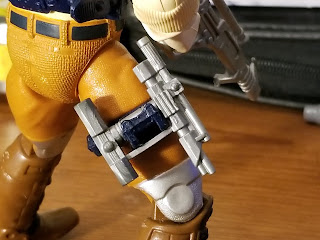 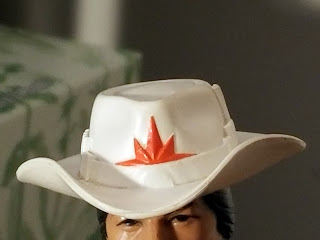 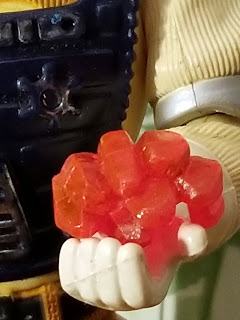 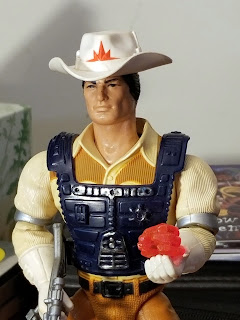 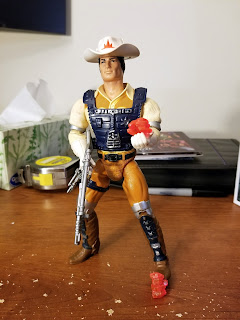 Marshall Bravestarr was one of only two figures I owned in the original Mattel line as a kid and believe it or not, the second was not Tex Hex. No, it wasn't even his trusty steed, 30 / 30. It was the bartender, Handlebar. While I liked the cartoon a lot as a kid (and even more so as an adult), I never really got into the toy line. By 1987 - 1988 I was way more into G.I. Joe, He-Man and the Nintendo Entertainment System. However, this didn't stop me from dabbling in what looked cool at the time.

He's got all kinds of good stuff which comes with him that scream at kids, "BUY ME!"; Major articulation, two great weapons - With a holster for the pistol, Kerium nuggets, a vest and hat (which is apparently difficult to come by these days) and let's not forget the quick draw action button on his back. About the only thing they missed on this guy was a slot on the back of the vest to pop the rifle onto, but who really needs that when it fits so well in his hand? 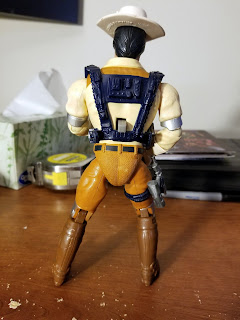 I love the fact that this figure is so well articulated that you can pose him in so many positions. His heavy weight and sturdy plastic make it so you can great action stances. The way you see him in the above photo is how I actually have him displayed in my cabinet - Which personally speaking I think looks so dang cool.

It seems Mattel spared no detail when it came to producing this figure. I mean, come on - They even emphasized the guy's butt crack in his pants for his very tiny and oddly shaped behind.

Okay, so maybe the back side of him doesn't look as cool as the front.

If you slide back up towards the top photos showing the close ups, really give them a good once over and take in all that great detail in the sculpting. The shirt and pants have a whole lot of meticulous detail in terms of making the hard plastic actually look like fabric for clothing - An effect which I believe is pulled of beautifully. Believe you me - You'd pay big bucks for a figure like this these days at your local toy store. 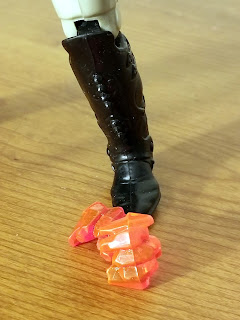 You didn't think that just the Marshall would come to this party, did you? 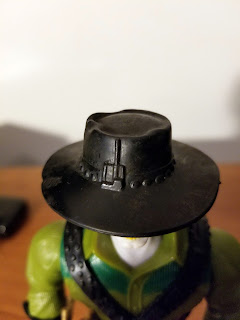 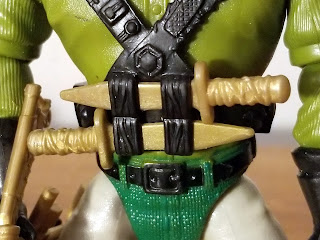 Not if the vile Tex Hex has anything to say about it. 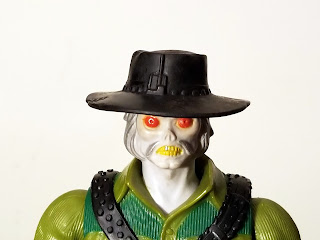 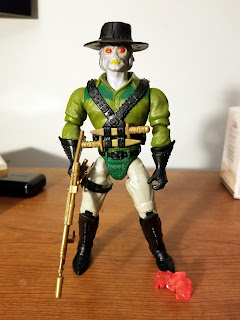 Admittedly I feel like there was a missed opportunity by Mattel to incorporate a battery operated glowing eyes feature. That would have been really awesome for this character especially in light of those deadly looking red eyes.

Tex Hex essentially features the same guns as Marshall Bravestarr with the exception of them being gold. He also includes two sweet looking knives as well as a black hat and "vest" which are unique to the character. Lastly, he comes with two additional pieces of Kerium.

The toy also features all that great detail to the clothing as noted above - Which is admittedly no different in style from that of Marshall Bravestarr. So I guess with that said, it's kind of no surprise that it would. In fact, now that I really look at him, I dare say this is the exact same sculp from the neck down. Well...Isn't that cheap of Mattel. No surprise at the end of the day, but cheap nonetheless. 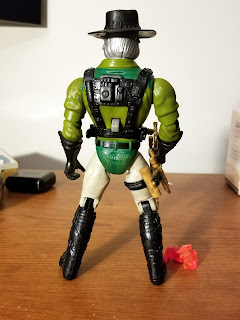 Well, that really wraps up about all I can say about these two figures. I hope you've enjoyed looking at them with me.

Click "HERE" to go back to the home page. For more posts related to this one, please click the labels below.
Posted by The Toy Box on January 10, 2018
Email ThisBlogThis!Share to TwitterShare to FacebookShare to Pinterest
Labels: 1980's, Bravestarr, Mattel