The hall for the event was spacious, but not maximized with dealer tables. I don't know if this is because they wanted to have a lot of room for people to walk around, or there was simply no interest from vendors to attend.

After walking the floor twice, once to peruse everyone's wares, and a second time out of disbelief on what I was seeing, we left. Beyond admission, I didn't drop a dime. Between quarter box worthy comics and local scalpers selling Pops, Pops and more Pops, there simply wasn't anything there. It was such a disappointment.

My girl didn't want the day to be a bummed out wash, so on the way home, we deviated about forty-five minutes out of the way to make a return visit to Toy Exchange. This is where the day got fun.

Toy Exchange not only has a great selection of vintage toys and video games, but their prices are always fair. As such, I was able to get a whole bunch of good stuff, starting with an all new batch of Joes.

Some of them needed new o-rings, and something awful, which has never occurred before, happened. The crotch of Recondo broke off. I used some Gorilla Glue to piece it back together, but I'll honestly end up replacing him. It shouldn't be too pricey if I'm just buying the figure with no accessories. In looking through ebay, this particular figure seems to have a common problem with the crotch breaking, as many of them have this issue.

Next up, I nabbed myself an Empire Strikes Back version of Han Solo's DL-44. 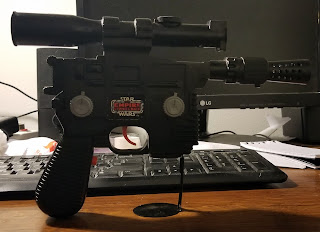 It'll go great with my Star Wars version. Two down, one to go.

There were quite a few boxed NES games there, but two of them jumped out right away from the bunch. These two came complete with their instruction booklets, Styrofoam block, and one out of two sleeves. Fortunately, I had an extra sleeve at home already. 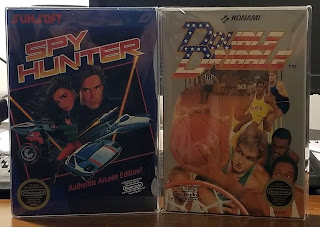 While these two games were on my list of wants, admittedly, they weren't top priorities. I only picked them up because they were $30.00 between the two of them. I would have also picked up WWF Wrestlmania, but it didn't have the instruction booklet. 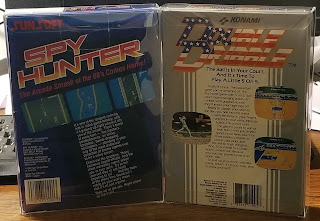 Last, I picked up two more figures from the DC Super Heroes line. Toy Exchange also had Flash and Aquaman, which I don't have, but passed on. I have to rework the shelf these are on because I'm out of room, so I didn't want to come home with four of them. 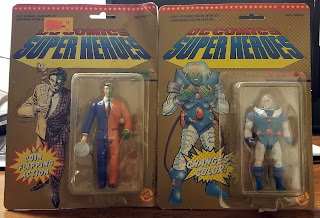 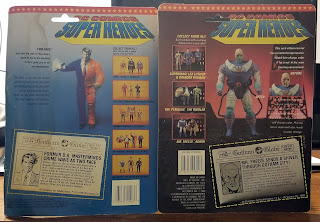 These figures look so incredibly cheesy - Much like the majority of the line. I honestly don't know why I'm so invested in them. Probably because they coincide with the 1989 Batman movie line. 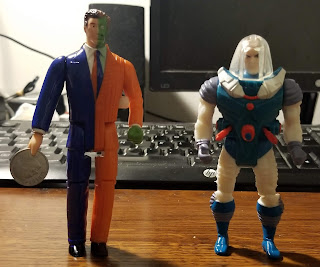 That wraps up another trip to Toy Exchange. Thanks to my girl, the day was salvaged from being a total disappointment.

Click "HERE" to go back to the home page. For more posts related to this one, please click the labels below.
Posted by The Toy Box on October 27, 2018
Email ThisBlogThis!Share to TwitterShare to FacebookShare to Pinterest
Labels: Convention