Hello, and welcome to a new "test" segment here at The Toy Box; The Dirty Dozen. This won't be a weekly type post, but rather a here and there as they come to me one.

The spirit of this "series" is to come up with a list of top twelve based on a specific genre, so to speak, and to encourage you as readers to leave a comment with your own list. For the first one, I chose my top twelve all time favorite NES games.

Number twelve is a game I've talked about before here at The Toy Box, The Legend of Kage. What makes this game one of my all time favorites was that it was the first NES game I ever played. Sadly, I never owned this as a kid, and it wasn't until my adult years that I was finally able to play it again. However, all those years later, and it has stuck with me as one of the most memorable games from my childhood. 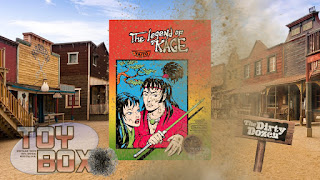 Number eleven is somewhat of an obscure one. Rescue: The Embassy Mission was a game my dad randomly brought home one day for us. It features all sorts of various play mechanics from side scrolling to sniping to first person shooter. As I grew older, I actually ended up forgetting the title of this game, and it somewhat drove me mad trying to remember it. Fortunately, my memory prevailed in the long run. 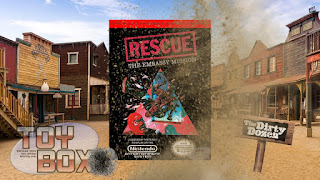 Number ten is where things start to get a little familiar in terms of titles. In fact, you probably won't be surprised at the majority of the games remaining in this list.

Castlevania was a game I never beat as a child, and only in my adult years did I manage to get through it - Thanks to cheat codes, and a desire to simply see the ending to a game I'd been playing for twenty-plus years. The furthest I ever got in my youth was the Grim Reaper. Timing was everything in this game, and the slightest mistake inevitably lead to death, be it from getting knocked off a ledge or simply not having the health for the long haul of a boss battle. 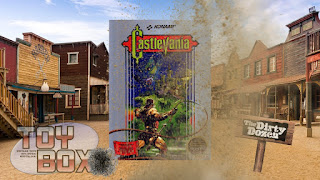 Number nine on my list wasn't technically a game I ever intended on beating - Nor ever did...Does it even have an ending?

Duck Hunt was superb for its incorporation of the classic Nintendo Zapper, the most accurate light gun to date. It was simple to pick up, have a few rounds, and then go about your business. Yet at the same time, it was always a ton of fun. To bad the Zapper doesn't work on modern televisions. 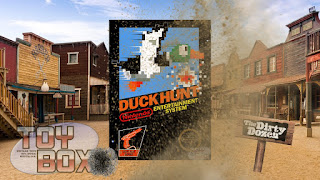 Number eight is one of the handful of sports games I enjoy even today. Pro Wrestling brought with it a great mix of characters, and of course all the fun of suplexes, back breakers, tossing people out of the ring, body slams and more. With a turbo controller in hand, victory was undoubtedly assured in every match. One of my favorite ways to play this game was to brutally punish my opponent until they simply couldn't get up on their own. Then I would finally ease their suffering, and pin them. 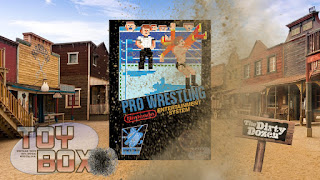 Number seven - Now we're really getting into the classics.

The Legend of Zelda wasn't one of my favorites when it first came out. However, as I watched my brother play through the game, it quickly earned more and more of my favor. Now, it's one of my go to games of choice. It took adventure gaming to a whole new level, and set a bar which I don't honestly believe to this day has ever been surpassed. 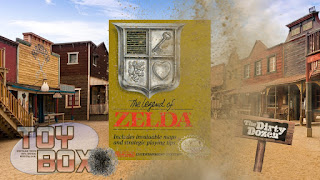 Number six is yet another sports game, which is really surprising for me because I honestly don't like sports. Mike Tyson's punch out brought with it a whole slew of good times. Fun opponents, all with varying styles of fighting, and a pick up and play ability which made the game fairly accessible to a broad audience. Everyone could be a boxer...Until you reached Tyson. I never did beat him without a Game Genie code, but I was, at times, able to get to him on my own merit of skill. 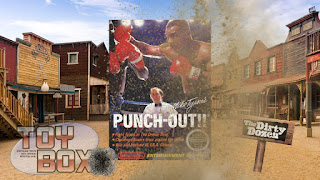 Number five is a game I got introduced to at a "friends" house back in my childhood, but soon ended up owning my own copy of.

Mega Man 2, in its own right, is a perfect game. Each level is crafted superbly, and each boss brings with them their own challenge. The key to success was finding the right weapon for the right boss. It remains one of my all time favorite platformer style games, and my all time favorite in the entire Mega Man series. 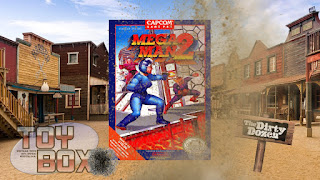 Number four got my attention in the arcade, where it is known as Kung Fu Master. The port for the NES, known simply as Kung Fu, while not as incredible graphic wise is still one of the best games out there. I remember getting this on the NES as a kid, and enjoying every minute I got to play it out of the limited hour of game time we got each day. It's also one of the first games I ever beat as a kid, only to find out the game kept looping, and there was no real ending. 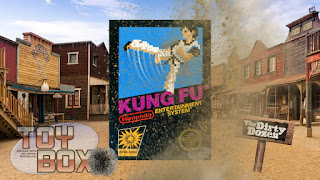 Number three - Up, Up, Down, Down, Left, Right, Left, Right, B, A, Start (or Select Start for two players). It's the code I put in every single time before starting Contra, and the only way I ever beat it as a kid.

Contra was side scrolling shooting perfectness, and to this day remains a staple in my rotation of NES games. Too bad it was never included on the NES mini, but thank goodness for a working Nintendo and vintage cartridges - or XBOX Live where you can get the arcade version. 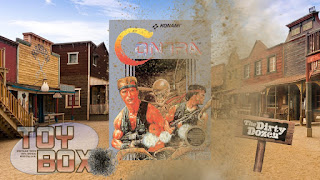 Number two is probably the first role playing game I ever played. Coincidentally, it's also the first time I ever used an NES Advantage, which would become my controller of choice.

You get the limited, but great introductory for non RPG players via the level up system. Then on top of that, you have all those great magic spells to hunt down and use. Coupled with a fun adventuresome map, great dungeons to tackle and hidden magic / heart containers to find, and you get one of the most unique experiences from the NES you'll ever have. 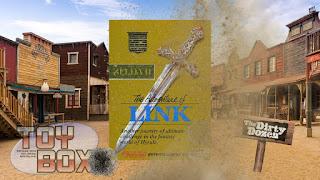 Number one, and no surprise to many of you I'm sure, is Super Mario Bros. From start to finish, this game is a masterpiece. It's no wonder Mario grew into the beloved Nintendo mascot he is today.

This remains my all time top played game, even today. What's not to love about a game you can beat in six to ten minutes (thanks in part by warp zones)? When I have time here and there, I'll often find myself having a go at this classic.

Super Mario Bros. was crafted meticulously into a perfect game. There's really no less of an honor it deserves. Mario ushered in a new era of gaming, and with it brought both children and adults. With over forty million copies sold worldwide, it remains one of the all-time best sellers in gaming history. 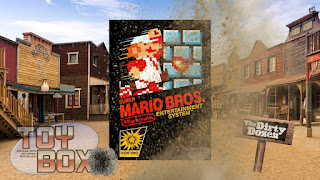 There you have it. My top twelve NES games. Not a bad round up, huh? Feel free to drop your top twelve in the comment section.

In closing, don't forget to throw your name in for for a chance to win a Solo Blu-Ray / Digital Code combo by joining the contest "HERE".

Click "HERE" to go back to the home page. For more posts related to this one, please click the labels below.
Posted by The Toy Box on October 12, 2018
Email ThisBlogThis!Share to TwitterShare to FacebookShare to Pinterest
Labels: NES, Nintendo Entertainment System, The Dirty Dozen