It's interesting how Star Wars Rebels didn't end as an animated series until March of 2018, yet the Hasbro toy line has been defunct since 2015. Did Hasbro really have no other characters they could have produced? Because looking at the photos below there are certainly quite a few key characters missing from the lineup - Not to mention the very obvious differences in the overall look of the characters between the first and last season of the show.

What gives Hasbro? There was room to grow here.

We suppose we'll just have to file it under the unfortunate fact that Hasbro doesn't often continue multiple Star Wars lines at the same time. By 2015 / 2016 they were deeply involved with the design and production of the forthcoming Episode VII - Not to mention the Black Series was proving to be a cash cow for them.

Truth be told, it's interesting to see Hasbro even bother with 3 3/4 inch figures anymore. Many collectors have long since moved onto six inch lines as they allow for more articulation and detail. For Hasbro to continue churning out such small figures is...Well, kind of primitive in terms of the current status quo for action figures. What's worse is they have the audacity to charge upwards of $10.00 per figure. 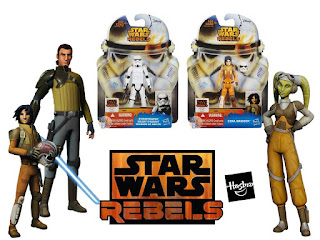 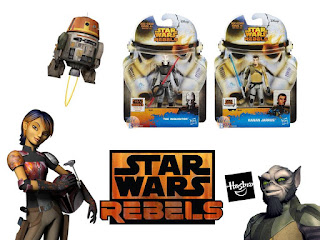 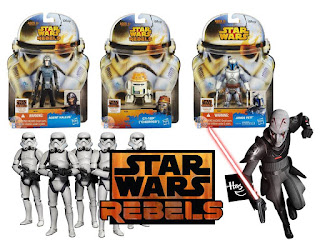 One of our biggest complaints with all Star Wars lines is that they don't stay confined to their story. With the line being so limited as is, it's a shame to see precious case space taken up with figures who weren't even in the series; Jango Fett, Luke Skywalker (Jedi) and other such Prequel / Trilogy characters. 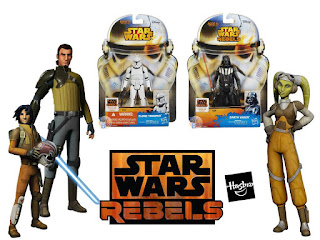 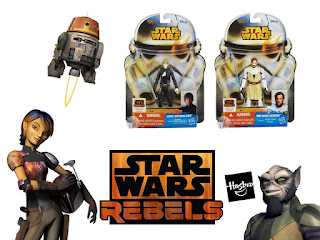 The Snowtrooper below is the last figure from wave one. From there the photos depict wave two. 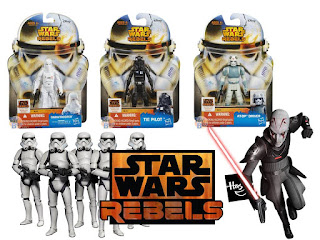 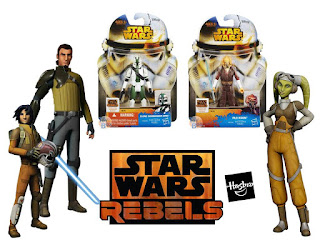 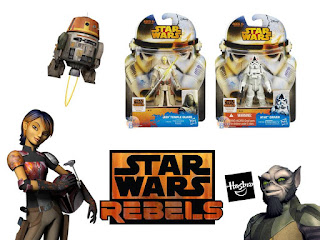 AT-AT Driver (shown above) rounded out wave two of the figures, and the below start wave three. Wave two would unfortunately be the last series produced to actually include any figures from the Rebels series. 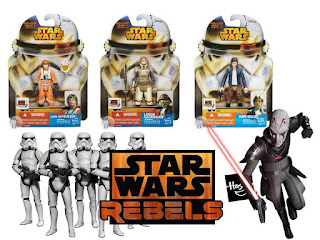 Han Solo [Bespin] was the final wave three figure, and the below were from the final fourth wave of the series. 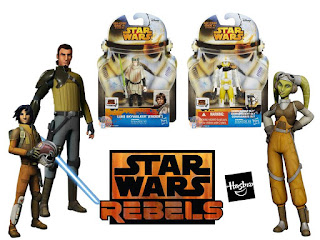 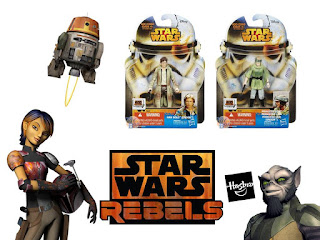 Hasbro produced a handful of Mission Series packs - AKA multipacks. Unfortunately for fans, this would be the only option for getting Zeb, Hera and Sabine figures from the series. 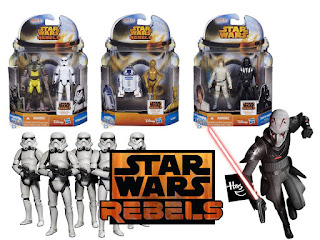 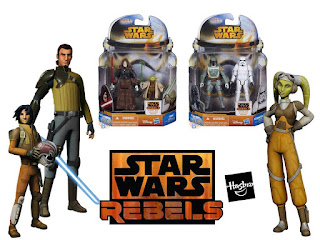 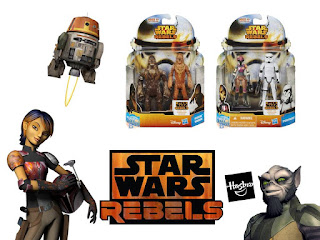 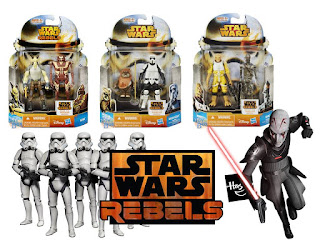 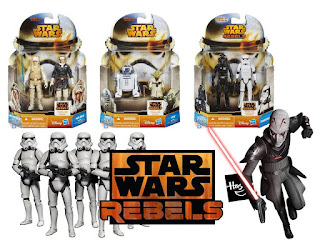 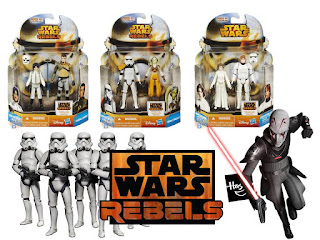 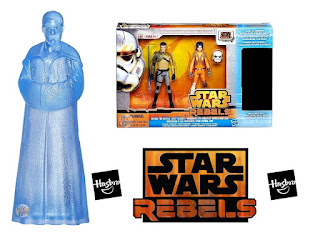 Hasbro flushed out the series with a handful of vehicles. 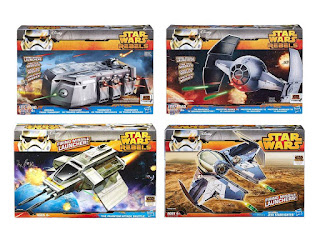 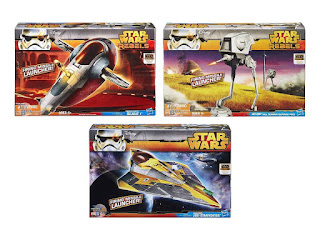 Target also had a few exclusive vehicles which included figures. Sadly these were nothing more than the regular vehicles released with figures packed in. 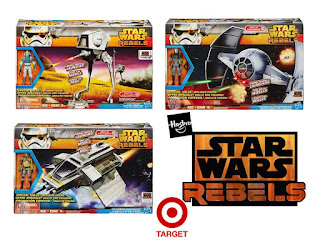 
Click "HERE" to go back to the home page. For more posts related to this one, please click the labels below.
Posted by The Toy Box on October 29, 2018
Email ThisBlogThis!Share to TwitterShare to FacebookShare to Pinterest
Labels: 2010's, Hasbro, Rebels, Star Wars