Everyone's favorite foster child, Webst....no...Arnol.....er.....Punky Brewster! Hmm...There were a lot of shows in the 80's about foster children.

Punky Brewster burst onto the scene of 80's sitcoms in 1984 staring a very young Soleil Moon Frye and not so young George Gaynes. The series was so popular that it not only ran for four seasons, but also spawned an animated series feature the voices of the same television actors.

With its popularity came a slew of merchandise - Two of which we'll look at today. 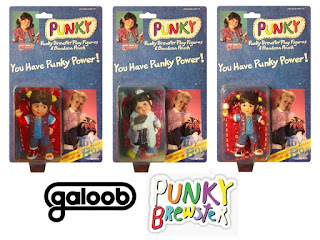 Galoob marketed the rights to develop a toy line based on the series and with it came the six mini figures you see here before you. Unfortunately, there was a bit of a downside to the line - None of the figures moved. They were all one molded piece of plastic. 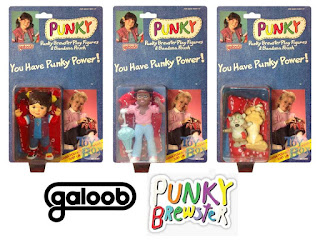 Despite this "minor" oversight, this didn't stop the line from finding a strong foothold in toy isles - Based on the character's namesake alone. 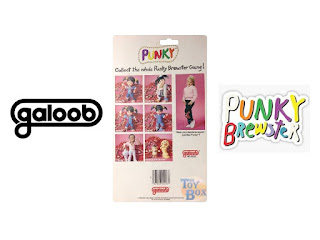 That same year Galoob created and released a doll version of Punky which featured standard articulation as well as screen actuate cloth clothing. 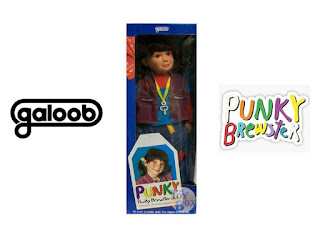 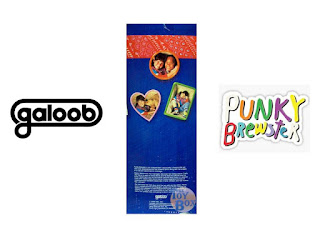 Punky Power remains in full affect these days and it translates big time into these two lines. The mini figures, which are commonly found loose, will set you back $20.00 to $30.00 a piece! Whoo! That's if you can find them. They are incredibly rare.

Click "HERE" to go back to the home page. For more posts related to this one, please click the labels below.
Posted by The Toy Box on June 25, 2018
Email ThisBlogThis!Share to TwitterShare to FacebookShare to Pinterest
Labels: 1980's, Galoob, Punky Brewster