These days I have to admit I don't really like my comics on the "heavy" side. I'm not into life changing events, stories that hit too close to home or in general drama laden issues which span across multiple books in expansive cross-over stories. Instead, I find myself more so leaning towards lighthearted, silly nature ones such as... 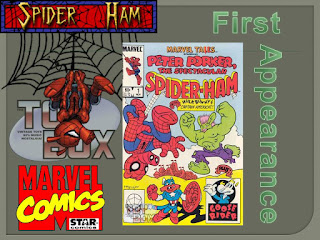 Peter Porker began his legacy in the one-shot Marvel Tails Starring Peter Porker, The Spectacular Spider-Ham by Marvel Comics in November of 1983. Satire was the name of the game, and fans caught on in a big way.

Rather than continue direct publication of the title, Marvel handed it over to its sister company, Star Comics - Known for its stories geared more so towards a younger audience - To continue the adventures of Peter Porker in the pages of Peter Porker, the Spectacular Spider-Ham. 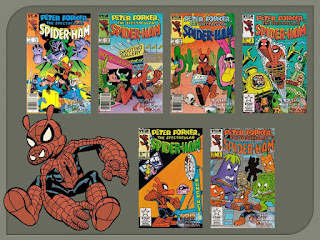 Issue number one launched in in May of 1985 and with it came eight more issues, one following every other month. 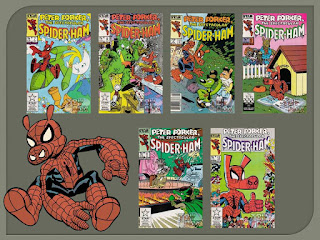 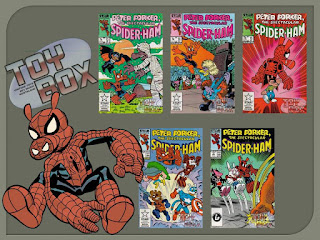 The series once again reverted back to being published every other month up until it's final issue, number seventeen which landed on comic stands in September of 1987.

The adventures of Peter Porker didn't end with the series. The character continued to make appearances here and there in titles such as What The..., Ultimate Civil War and even teamed up with Spider-Man himself. 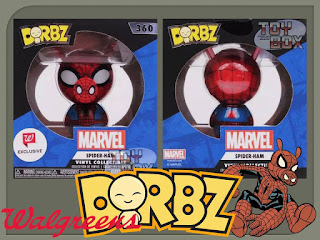 Unfortunately for toy collectors, Spider-Ham remained out of toy isles until just recently. In 2018 Dorbz produced a Walgreens exclusive version.

Sadly, if you're not a Dorbz collector the figurine can leave a lot to be desired. Needless to say I'm still crossing my fingers for a full fledged and fully articulated Marvel Universe / Legends figure. Wouldn't that be a cool build a figure incentive for a series? I'm crossing my fingers, but not holding my breath.

NOTE: This post was written long in advance before the Marvel Legends figure came to fruition.