When I first started listening to Blondie's Autoamerican I was confused. It started with an orchestral intro then dove into a disco type song only to switch to a new wave style after that and then a funk and rap style. Sprinkled in throughout were also a mixture of jazz and punk. It was all over the map and every time I got accustomed to one style it switched. 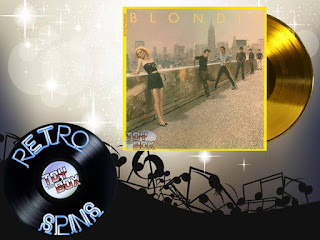 Despite this ever changing style of music, I did find myself enjoying parts of the album. Its feature hits The Tide is High and Rapture weren't the only gems to be found here. I enjoyed tracks such as; Do the Dark, Angels on the Balcony and Go Through It. Overall though, it doesn't leave me wanting more. I could be just as happy never hearing another Blondie album.

Click "HERE" to go back to the home page. For more posts related to this one, please click the labels below.
Posted by The Toy Box on February 05, 2019
Email ThisBlogThis!Share to TwitterShare to FacebookShare to Pinterest
Labels: 1980, 80's Album Review, 80's Music, 80's Music Review, Autoamerican, Blondie, Music of the 80's, Retro Spins
Newer Post Older Post Home