They managed to hit the charts back in March of '88 with Shattered Dreams. The song was so popular it made it all the way up to the number two spot before starting to gradually fall off the charts over the following couple months. When Shattered Dreams disappeared from the charts, I Don't Want to Be A Hero charted. How? I have no clue. It's an awful song. Miraculously it made it to the low thirties before dropping off the charts. 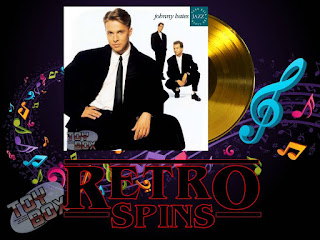 The sad part about all of this is that the album starts out great. Of course, the first song also just so happens to be Shattered Dreams. It then goes into Heart of Gold, which coincidentally is the second of only two songs which went onto my IPOD. I honestly was really excited to hear what was coming next and that's when it all went wrong. From there, the tempo slams on the brakes and the album drones on with ballad after ballad. So awful.

Look, I'm all for a ballad here and there. Some of them can be great - Hello, Aerosmith's Angel, REO Speedwagon's Keep on Loving You, The Cure's Love Song, Pat Benatar's Promises in the Dark. Heck, even Bette Midler's The Rose. When done right a ballad can be enjoyable.

Unfortunately, Johnny Hates Jazz doesn't do it right. None of the songs stand out and they all just seem to drone on and on.

Sorry, but I'll take their one hit and the second song which somehow managed to make the cut. The rest? Pass!

On a bright note, I've hit a milestone in my Retro Spin posts. With the write up of this album, I've hit at least one album from each year of the 1980's. For those of you who haven't noticed, you can search the Retro Spin posts by year on the sidebar.

Click "HERE" to go back to the home page. For more posts related to this one, please click the labels below.
Posted by The Toy Box on August 28, 2018
Email ThisBlogThis!Share to TwitterShare to FacebookShare to Pinterest
Labels: 1988, 80's Album Review, 80's Music, 80's Music Review, Johnny Hates Jazz, Music of the 80's, Retro Spins, Turn Back the Clock