For as corny as it was, Full House climbed the top of the pile to dominate sitcom television between 1987 and 1995. Its cast of characters had something for everyone - A loving dad, a cool uncle, a comedian uncle, and of course several kids of all ages - Each with their own personalities.

As the series was winding down in its latter years, Tiger released two sets of dolls. The first pack featured father Danny Tanner (Bob Saget) with his three kids, DJ (Candace Cameron), Stephanie (Jodie Sweetin) and Michelle (played by Mary-Kate and Ashley Olsen). 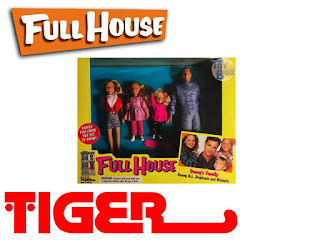 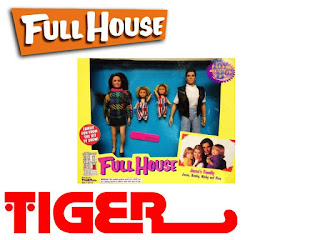 Tiger also released an individually packed doll which featured Uncle Jo...Wait? No Uncle Joey? How rude! No, the single pack was just another iteration of Uncle Jesse. Yeah, Joey truly did get snubbed.

Dave Coulier must be rolling in his grave. Oh, wait...He didn't die? That was just his career? Got it. 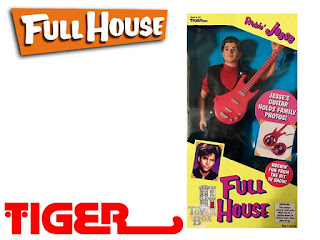 One of the final items Tiger released was a board game. We've never personally played the game, but based on the box "art", it appears everyone moves their pieces at the same time - Which would make for a rather confusing game if you ask us. Sarcasm...Classic. 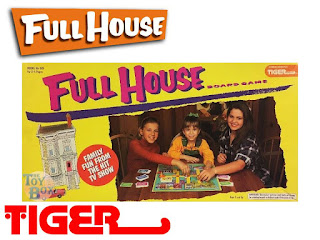 While the company also released a hand held game, this particular item is rather difficult to track down. We've only ever found one which was opened, and have never seen one in the package.

The four pack dolls are fairly commonplace on secondary markets, and will set you back around $25.00 each - That's about half the retail price from when these first came out. The single packed Uncle Jesse fairs a little better at $35.00, while the board game fluctuates between $10.00 and $25.00 depending on the condition and potential missing pieces.