The Twelve Movies Of Christmas

We're less than two weeks away from my favorite holiday of the year, and as each date clicks off the calendar, I get more and more excited. To help with the anticipation of the day, I'm filling my days with some of my favorite Christmas themed movies from the 80's and 90's! 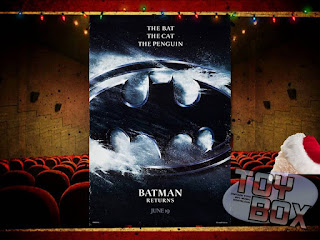 It's fitting that the first movie on this list (going alphabetical), is also my favorite. Praise The Dark Knight all you want, I love me some Batman Returns. That movie is sheer perfection! From start to finish it builds on the fantastic 1989 film, making things bigger and better as it goes. The cast is superb, and the film itself masterfully crafted. 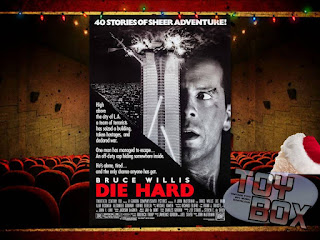 I got to see Die Hard film for the first time with my dad when he got the film on Laserdisc back in the day. While at the time I would have never equated this film with that of a Christmas movie, in my old age, I buy into it. 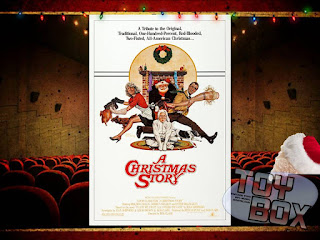 I mean, come on, who doesn't like this movie? Is it perfect? Not at all. But what it has is heart. It's iconic, and a classic staple of the holidays. It's as much a part of Christmas as the Macy's Day Parade is for Thanksgiving. You just can't have the holiday without it on the TV. 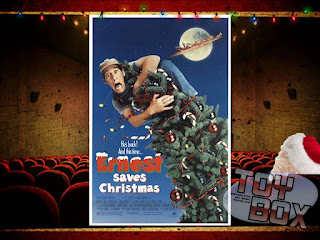 Hey, Vern! Remember that time Earnest Saves Christmas? I do! I saw it in the theater with my mom and brother in 1988. This was back in the day when Earnest movies were hysterical in every sense of the word, and kept kids rolling on the floor. Not only that, but the film also has Santa Claus. You can't you beat that. Know what I mean? Ernest was the guy who taught me that when you don't want to try someone's food to just politely tell them, "I can't eat on an empty stomach." 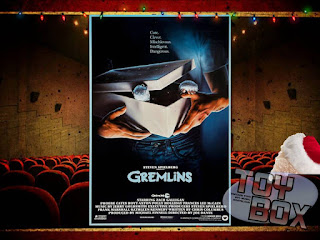 When my mom and dad took us kids to see Gremlins in the theater it scared the ever loving crap out of me and my brother. So much so that my grandmother had to come pick us up from the theater. As I grew older, and gave the film another try, it quickly became one of my favorite films of the 80's. 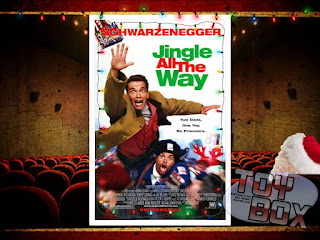 I saw Jingle All The Way for the first time on VHS long after it had been released on home video. Naturally, the thrill of the hunt for toys drew me in, and even I found myself wanting a Turbo Man. Though I never got one. 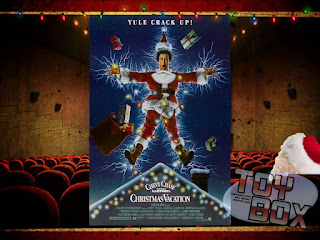 National Lampoon's Christmas Vacation may not be the best among the series of films, but it still has a lot to enjoy. I never understood why the kids changed from film to film, or why they even seemed to get younger, but this never hindered me from enjoying this classic. Turns out, this was Anthony Michael Hall's fault for not wanting to reprise his role in the second film, and instead went on to star in Weird Science. Ever since then, it became a running gag to recast the kids from film to film. 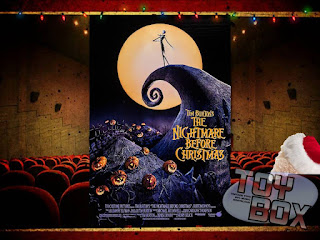 When my buddy (at the time) had a double date with a couple girls from school, we decided that it would be the traditional dinner and movie gambit. After a bite, we took them too the theater hoping to have a showing of The Nightmare Before Christmas, which would have been our second time seeing it together in the theaters. Instead, we got stuck seeing Kathy Bates in A Home Of Our Own. Man, that sucked. 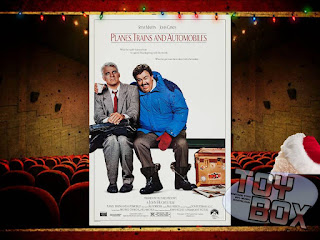 Planes, Trains, and Automobiles took me a couple viewings to really get behind, but when it finally did, and the gags started clicking with my young mind, I kind of dug it. It's probably my least favorite films on this list, but it's still a classic. 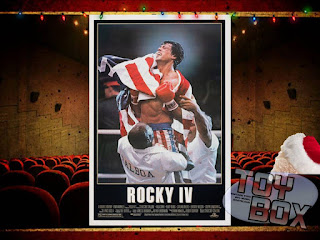 East meets West in what would be the first Rocky film I ever saw as a kid. In fact, it wouldn't be until I owned my own set of the (at the time) five Rocky film VHS box set that I would finally get to see the whole story. Still, nothing screams holidays like an uppercut to the jaw on Christmas day. Just ask Ivan Drago! 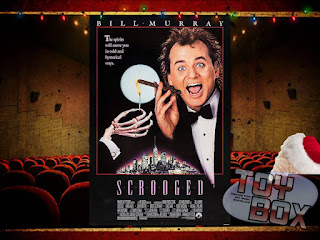 My mom and I didn't see many movies together in the theater. In fact, I think I can list all of them on one hand. Gremlins...sort of, Bill and Ted's Excellent Adventure, Ernest Saves Christmas and...Scrooged will always be the one I enjoyed the most. It was just a nice afternoon with me and mom, and this classic film. I was really happy when my dad got this one on Laserdisc, and watched it a ton throughout my young teen years. 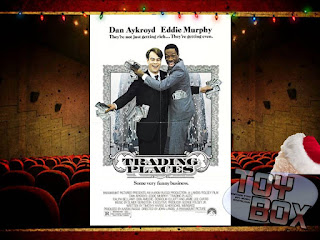 Trading Places was a film I didn't get to see until I started building my own VHS collection shortly after high school. I remember my buddy and I, same guy I saw The Nightmare Before Christmas With, would make it a weekly thing to go to the local video stores and spend all the money we had on movies. It was a lot of fun to just hang out and watch flicks, which we did a lot.

But, there you have it. Twelve Christmas themed flicks that can help you too count down these last few remaining days until the holiday. Enjoy! I know I will!

Posted by The Toy Box on December 15, 2021
Email ThisBlogThis!Share to TwitterShare to FacebookShare to Pinterest
Labels: Christmas 2021