My Favorite Christmas Gifts Of The 80's

The 80's were a great time to be a child. Playsets were plentiful, action figures were available by the hundreds, and playtime was always an adventure limited only by the imagination. I had a blast growing up, and some of my all time favorite memories are of me crafting my own stories which I acted out with my toys.

Today, I'm going year by year through the 80's to showcase my favorite toy I received for Christmas from each year. You ready? Me too!

I had all but a handful of the 3 3/4 inch Star Wars figures, but only two of the twelve inch "dolls". My first ever was Darth Vader, and I played with that thing all the time! It didn't matter to me that I didn't have any others for the longest time to coincide with it. As things go, I eventually lost the cape and lightsaber, but that didn't stop me from carrying this thing with me all over the place. 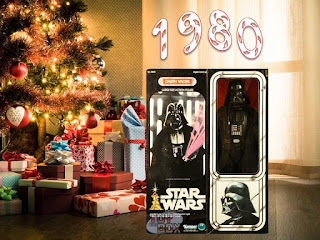 The Muppet Sound Trap Drum Set was a gift from my grandmother on my mom's side, and with it came a lifelong appreciation for musical instruments. My Uncle loves to remind me how my dad's parents were so thrilled that my mom's parents bought this, only to send it with me to their house. Sarcasm intended. 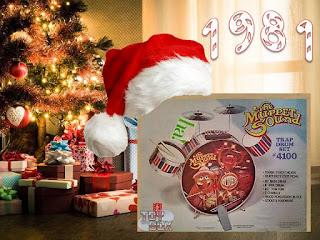 Coleco Vision was my first introduction to video games. We had so many games, and this "collection" only grew more and more when we got the Atari add on. I remember my all time favorite games back in the day were Smurf: Rescue In Gargamel's Castle, and the original Donkey Kong. 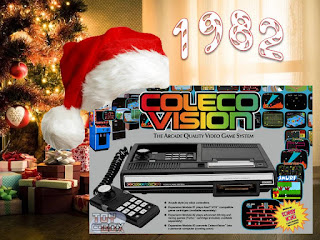 My mom was never one for buying large vehicles or playsets, so it was a rare treat to receive the Ewok Village in 1983. For me, this was the largest toy I owned at the time, and the possibilities were endless. Despite its relatively basic features, I played with this thing a lot, eventually breaking or losing a lot of the pieces. 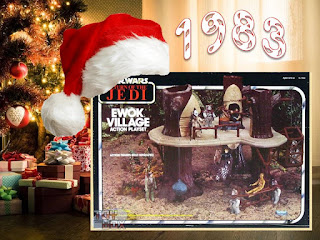 It's interesting that I got a Mr. T doll in 1984 because quite honestly, while my brother and I watch The A-Team here and there, I don't particularly recall professing any personal interest in the guy. I think this was one of those things where Sears or JC Penny were advertising it as a "Hot Christmas Item," and my mom decided that I was going to get one. With that said, this didn't stop me from playing with the "doll" a lot, though I eventually lost the jewelry. 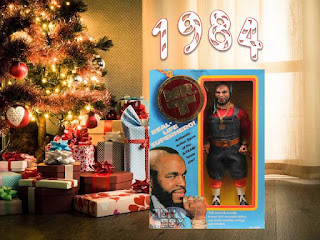 Growing up, I didn't get to own too many Masters of the Universe figures. I maybe had about fifteen or so. Coupled with the overall lack of figures, as well as my mom not being a fan of buying large toys, and you can see why I was floored when I got my very own Castle Grayskull. Despite asking for the next few years to get a Snake Mountain, I never did. 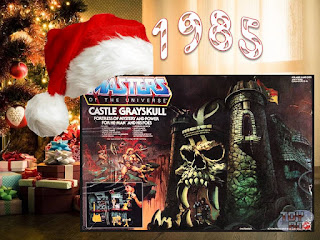 The Horde Slime Pit is the only other Masters of the Universe playset I ever got. Slime was fun, fun, fun, but it certainly didn't last long once it was introduced to the carpet. I didn't get any refills, so my attention quickly drifted from this toy to others. Mainly, G.I. Joe. 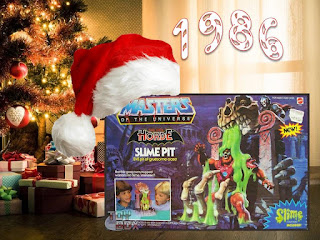 As a kid, I never had a U.S.S. Flagg. I never got a Terror Drome. No Tactical Battle Platform. Certainly not a Defiant Space Shuttle Complex. But, what I did get was the massive Mobile Command Center. When I received this, it was by far the largest playset I owned, and the last big one I ever received. What's ironic is for how much I loved the heck out of this toy that I have yet to purchase one for my adult collection. I may need to rectify that in 2022. 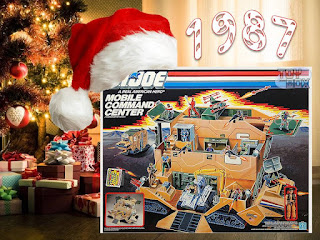 The Nintendo Entertainment System was out for three years before my brother and I got our own. Though in all fairness, we didn't even know about its existence until summer of that same year. Nintendo very quickly became my go to source of entertainment, and eventually phased out my love for toys altogether. I'm still trying to rebuild my original collection from the 80's and 90's, but the delay is really only because I go through spurts of buying games, and then stop for long treks of time. 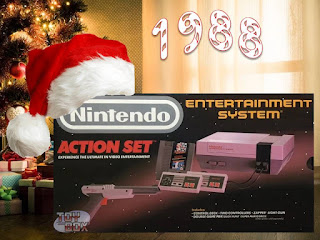 Toys based on the 1989 Batman film are some of the last toys I ever received as a kid. Though I have a lot of fond memories of playing with these as a kid, my interests were dwindling fast in lieu of video games. I still really enjoy the toys based on this film, and cherish the collection I've put together in my adult years. 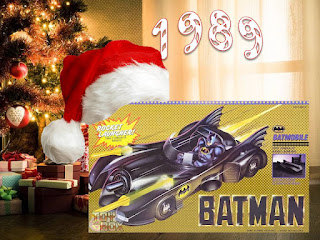 Of course, these were just the tip of the iceberg of the overall toys I had as a kid. I wish I could say that  I still had all of them, but like most of us, I don't. However, I have been blessed to have the ability to build quite a nice collection of things I had, as well as a vast amount of toys I didn't have. And in that, I'm grateful not only for my younger memories, but those I've been able to create as an adult. I don't think I'll ever get too old for toys.

Posted by The Toy Box on December 03, 2021
Email ThisBlogThis!Share to TwitterShare to FacebookShare to Pinterest
Labels: Christmas