Christmas In The 90's

Christmas in the 90's for me weren't as memorable as the ones in the 80's, or the last ten I've had with my girl. Instead, this was a time when a lot of change was taking place. I was changing from a child to a young adult, and with it, my tastes heavily skewing from my days of playing with action figures.

My family was changing too. Years of being shifted from country to country, and state to state for our parent's jobs had taken its toll. My parents were on the verge of an inevitable divorce, my brother and sister, who were also older, were also very different people. My sister was a young woman, having graduated high school years ahead of my brother and I. As for my brother, while we were only a year apart in school, he too was trying to find his own way in life, not really having any time or desire to hang out with his younger brother.

It was very obvious that the Christmas's we were accustomed to as young kids were over. While we still woke up and opened presents together, it was hardly the family experience we once had. However, this didn't stop my mom from doing the best she could.

Some of my favorite gifts of my mid to older teenage years came in the 90's, and despite the overall sadder memories associated with those years, I still look back fondly on very specific items. They were important to me because while I didn't know it at the time, they were integral in a way to things I cherished as a child, or that continued to shape me as an adult. 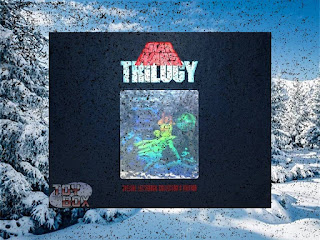 Star Wars was something that connected me to my childhood as a young adult. It was the one thing that I carried with me for a lifetime, only parting ways with it in my forties when I finally burned out.

However, in December of 1992 when I got this awesome letterbox VHS set, it also started my desire with collecting home video releases of the films. In essence, with the exception of comic books, this is what I collected for the longest time. 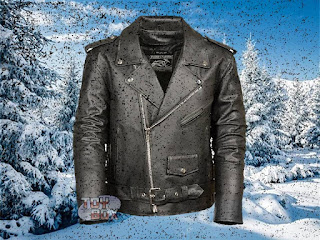 Christmas of 1992 was also the year I got my leather jacket. Yeah, I was one of those kids.

As an overweight and awkward teen, I had a difficult time my first two years of high school. Then I found my people. It's funny how when I look back on it, people used to frown upon us. We had long hair and / or facial hair, we smoked cigarettes, and we often listened to our heavy metal.

Despite our questionable image, we weren't bad kids. We didn't steal, vandalize or fight. We were the best of friends, and would give each other the shirt off our backs if asked. We just wanted to live our lives, and were fortunate enough to find like minded people to do that with. 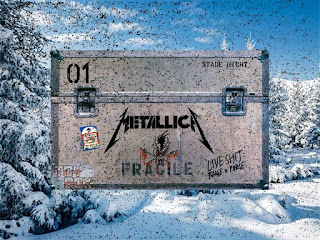 I was big into Metallica by 1993, and all over their massive Live Sh*t: Binge and Purge CD / VHS box set. I played the heck out of the whole thing, and eventually gave it to my brother. However, when he got out of physical media in the early 2000's, it came full circle back to me, and remains in my music collection to this day.

All the more of an integral part of this tale is that I got into Metallica as a result of one of my buddies in high school. He actually gave me a CD version of Metallica's Kill 'Em All from his own collection. 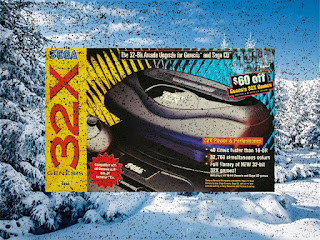 I spent most of my time in my bedroom...well, when I was home. Whether I was listening to music or not, one thing I was most definitely doing was playing my Sega Genesis. Christmas of 1994 brought with it the Sega 32X attachment, and a slew of terrible games.

Yes, much like many others, I had a behemoth of a Sega setup. The core console sat on the large deck, which also housed the Sega CD, and on top of all this sat the 32X. It was a pain to configure, sporadically worked, and as I said above, had terrible games, but I loved it!

1994 was the last Christmas my family spent together as a whole, and with all us kids over the age of eighteen, those days of gathering together and sitting around a tree opening presents ended. Over a decade would pass before I found myself in a position to really get back into the Christmas spirit.

For me, it is first and foremost a time to reflect on the true meaning of the day. A time to thank our savior Jesus, reflecting on all he's done for us through his birth, death and resurrection. To enjoy all of his blessings through a holiday that brings with it a special time to spend with loved ones, to enjoy the spirit of giving to others, and revel in the delight of receiving.

Though we are still a couple days away, I wish a Merry Christmas to you all!

Posted by The Toy Box on December 23, 2021
Email ThisBlogThis!Share to TwitterShare to FacebookShare to Pinterest
Labels: Christmas 2021