I've never been a big fan of collecting toy cars. This was never my thing as a kid or an adult, and I don't think I'll ever have any interest in it. However, I do enjoy a good comic book series based on a nostalgic property.

Hot Wheels started burning up the tracks of toy isles in 1968, and by 1969 was the face of a mildly popular Saturday morning cartoon series. This would be a springboard, of sorts, for DC Comics to acquire the rights, and publish the first ever Hot Wheels comic book in 1970.

DC brought in Alex Toth to pencil the series, an artist renowned for being on par with the likes of Jack Kirby and Will Eisner for his work on Golden Age Flash, Atom, Green Lantern and the cartoon series, Space Ghost and Super Friends. He was accompanied by Joe Gill, the man credited for writing most of the comics released by Charleston Comics in the 60's. While Toth would pencil four of the six issues in the series, two issues were handled by none other than legendary artist Neal Adams. In short, DC brought in top tier talent to handle the series. 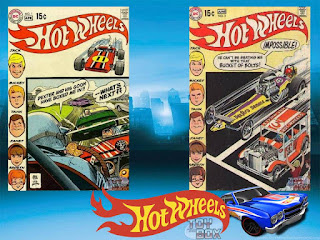 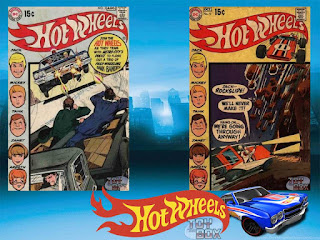 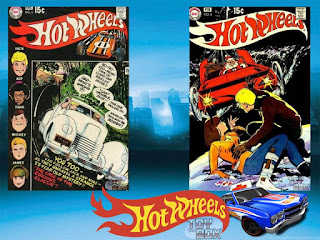 Though it started strong, the series ran out of gas fairly quickly. Unfortunately, really, considering the talent behind it. Worse though, it appears to have become one of those forgotten titles from the past.