It was 1963. John F. Kennedy was in the White House, and America was still considered to be the greatest country in the world from many a perspective. It was a simpler time. Dad was off at work, either in some office or on a factory line. Meanwhile, mom was at home tending to the little ones, and preparing supper. Little girls were playing with Barbie dolls, while little boys were running around with their trusty side-arm cap pistols. Through their playtime, girls were learning how to be homemakers, while the boys were out playing cops and robbers, or fighting imaginary wars in neighborhood battlefields. Girls were expected to be mothers, and boys were expected to be hard working bread winners.

This era in time painted the perfect picture for Kenner to introduce the world to it's latest and greatest "toy". The Easy-Bake Oven. Being a fully functional oven (of sorts), the toy was obviously geared towards little girls. It featured real baking ingredients as well as numerous recipes for cakes, pies and cookies - All of which could be baked with the aid of two 100 watt light bulbs. Mmm boy. A toy and edible treat maker all in one. What wasn't to love? Especially when it also enticed the boys to play house.

The overall design of the oven was based not only in the style, but awful colors of your typical 1960's kitchen. In other words, they looked like an oven someone had thrown up on. This awful color scheme, popular in the 60's, continued throughout several years and iterations of ovens.

Kenner's original model was released in 1963, and came in two colors; yellow and teal. The interesting aspect to this was that, unless I'm missing something, there was no way of telling which color oven was in the box. Regardless of which color oven you received, the box photo was only that of the yellow version. 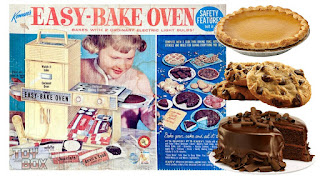 By 1969, things had changed drastically in the USA. Richard Nixon was in the White House and the US was engulfed in the Vietnam war. Kitchens had changed too. Combining their efforts with Betty Crocker, Kenner released the updated Premier Easy-Bake Oven. This all new oven featured an updated style as well as two color variations; red and avocado green. Odd choices considering the box featured a blue oven. 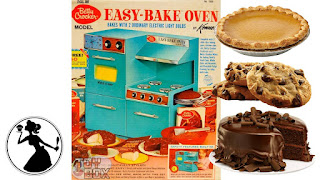 As part of their marketing campaign, Kenner approached Jim Henson to create a mascot for them. Thus, The Gooney Bird was born. The character became so popular that Henson would later retool it into the character Little Bird, Big Bird's smaller counterpart.

It's also important to note the boxes changed several times throughout the oven's lifespan for all the various models. Think of it as a way to keep the product "fresh", while at the same time simply repackaging it for a later release.

Probably the most difficult to track down oven is the 1970 Super Easy-Bake Oven. What made it super? Why, the actual working timer! 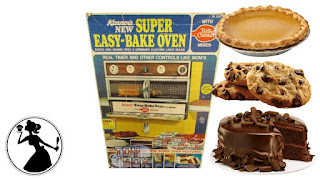 1971 brought with it yet another new model. This time around, the Easy-Bake brand honed in on the newly affordable microwave oven craze which was quickly filling suburban kitchens due to their rapid decrease in price since their 1967 introduction. This new oven was available in both a yellow and light green color. 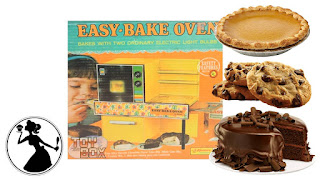 When the oven was re-released in 1973, it featured slight updates to the way it worked, but most notably changed was the box. 1978 brought with it Kenner's re-visioning of the oven. This time, they cleverly changed the name to the Mini-Wave Oven. As the name suggests, they crafted the oven into that of your typical microwave oven. 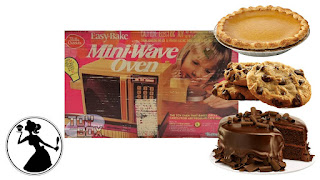 Cross promotion branding hit Easy-Bake in 1980 with the Strawberry Shortcake Mini-Wave oven. Naturally, the oven featured a pink plastic scheme to coincide with the character. 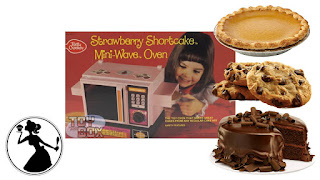 The Mini-Wave Oven was also made available in 1981 in a "standard" box. The oven traded up the pink Strawberry Shortcake version for a more neutral friendly white. 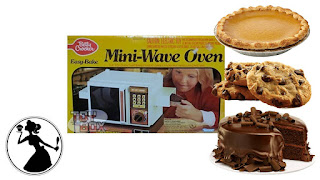 The 1981 version received a slight upgrade in 1983, and was renamed the Duel-Temp Oven. This particular version allowed for both a low and high cooking option via the lever on the front. 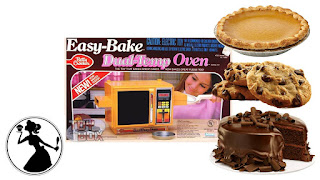 By 1987, Tonka purchased Kenner Parker. They would release one final oven with the Kenner logo on the box in 1991. You'll also notice the absence of the Betty Crocker label, as the brand was no longer affiliated with the ovens. 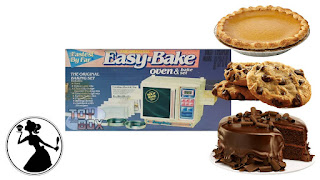 Both Kenner and Tonka would be purchased by Hasbro in 1991. While the Easy-Bake Oven continues to be released to date, it was (as of 1991) and remains an official Hasbro product. As such, our journey on the history of Kenner's Easy-Bake Oven ends here.

If you're a true fan of light bulb baking, specifically Easy-Bake Oven, check out the book, Light Bulb Baking: A History of Easy-Bake Oven by Todd Coopee. While I haven't personally read it, Todd is well known in the community of toy oven collectors, and respected for his wealth of knowledge on the subject. Due to the time frame in which this article was written, the book may very well be out of print at this point.

Click "HERE" to go back to the home page. For more posts related to this one, please click the labels below.
Posted by The Toy Box on November 04, 2019
Email ThisBlogThis!Share to TwitterShare to FacebookShare to Pinterest
Labels: 1960's, Easy-Bake Oven, Kenner