The Farpoint Trilogy: Another Trip To Farpoint Toys

A trip to Pennsylvania isn't complete without a trip to New Jersey to visit Farpoint Toys. This was sandwiched in between my two trips to The Comic Shop, which I posted about yesterday.

If you couldn't tell from my title, this wasn't my first, nor second, trip to Farpoint Toys. Much like my trip to The Comic Shop, I didn't take any photos, and regret not doing so. Outside, there was a large handmade banner with the words, "I assure you we're open" etched in black. I instantly caught the reference. Turns out, there was a whole event around them hanging this, which even included actor Brian O'Halloran making an appearance. I don't know if you can read about it on their Facebook page, but currently they do have a banner up showing the photo.

Once again, I wasn't necessarily looking for anything in particular. In fact, I was actually there to trade my empty Terror Drome box. I ended up getting quite a few comics for it, which I was more than happy to walk away with. After all, to me, the box was essentially trash. Here's what I got for it. 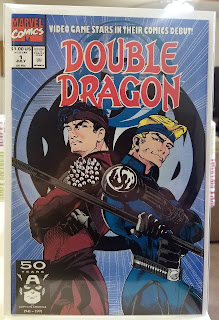 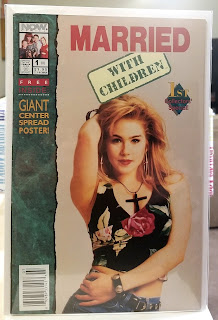 Married With Children
Issue Number One 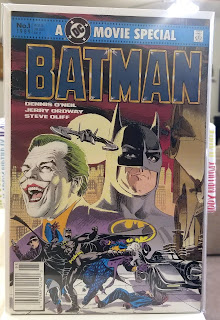 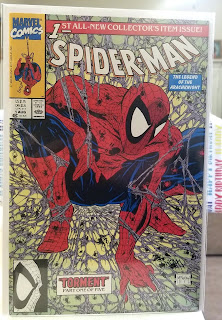 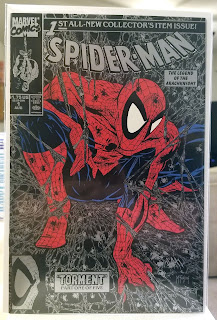 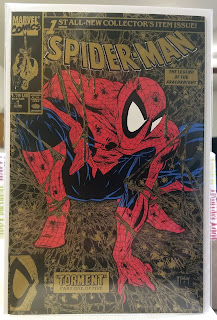 I'm sure I could have thrown a couple more books in and that I would have gotten them too, but I didn't want to be greedy. Again, I would have just thrown the box out. There was no need to gouge anyone for it.

I also grabbed a few toys while there.

Once again, I turned my sights towards the same three toy lines from the day before; Thundercats, Star Wars and G.I. Joe. 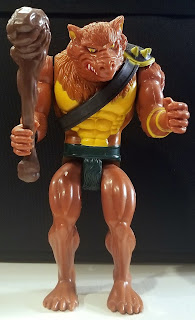 I never had many Thundercats as a kid, and quite honestly, I don't have all that many as an adult either. Jackalman is only my seventh figure in the line, and he's only seventh because I picked up my sixth the day before.

I think I may be one of the few Star Wars fans out there who actually likes the Twin Pod Cloud Car. I just think it's cool. I love the design.

I wrapped up my time there with a handful of Joe figures. At this point, there are no "high priority" figures I'm looking for. Rather, If they intrigue me, and the price is right, I'll pick them up.

I was tempted to pick up a Batman and Superman from the original Super Powers Collection, but decided they weren't worth $120.00. Not to me anyway. This wasn't a line I had as a kid, so they're not particularly a "necessity" to me. Though you probably couldn't tell by today and yesterday's posts, I'm honestly winding down on my collecting. I pretty much have everything I'm actively looking for.

When business was concluded, my brother and I made our way to another comic shop which was somewhat on the way back to his house. Showcase Comics was lucrative, but not to the point it merits its own post. Especially, since once again, I didn't take any photos. 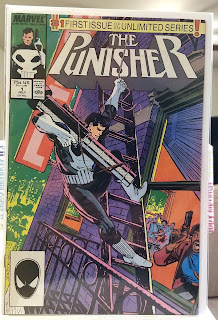 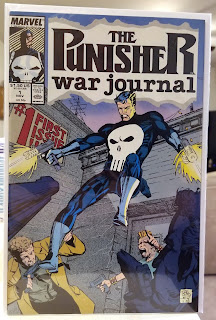 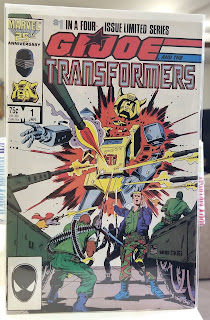 G.I. Joe And The Transformers
Issue Number One

That wrapped up my buying excursion. Now all I need to do is get home to add it all to the toy room.

Click "HERE" to go back to the home page. For more posts related to this one, please click the labels below.
Posted by The Toy Box on October 12, 2019
Email ThisBlogThis!Share to TwitterShare to FacebookShare to Pinterest