Space Precinct was a short lived show from the 90's which crossed a diverse cast of humans and aliens within a futuristic cop drama. The series lasted for just one season, twenty-four episodes, before being cancelled.

I never personally watched the series, so I don't particularly know much about it. Well, beyond what you could read yourself off of the show's Wiki page. As such, I won't insult the fans by trying to explain anything beyond the basic premise noted above.

Vivid Imaginations released an equally short lived action figure line to support the show, and much like the series, failed to find an audience. The figures feel like a cross mingle of the original Kenner Star Wars figures and Hasbro's G.I. Joe. I'll try to explain, but it's best to really look at them yourself to understand what I'm talking about. 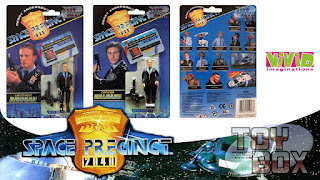 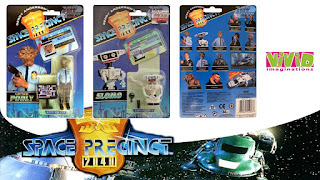 The arms have the straight arm articulation of G.I. Joe's, but the crotch articulation of Star Wars. They also have knee joints. This definitely gives them a some posing options, but it's still a bit limited. 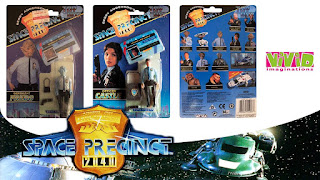 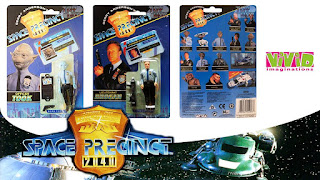 In total, there were twelve figures produced. However, two of them are version of Lieutenant Brogan. It's also interesting that there are more alien characters than humans. 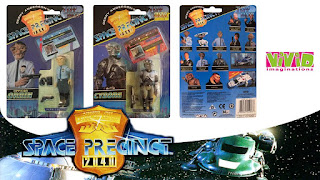 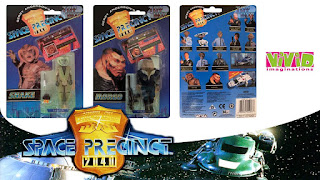 There were minimal vehicles produced for the line. Two to be exact. 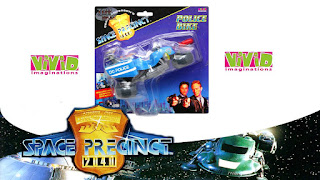 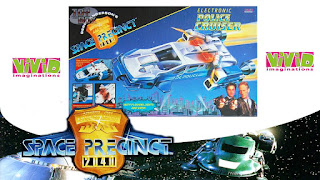 In retrospect, and knowing little to nothing about the line, it's pretty decent. It definitely has that 90's vibe to it. I'm not sure if any of you know what I mean by that.

Click "HERE" to go back to the home page. For more posts related to this one, please click the labels below.
Posted by The Toy Box on October 07, 2019
Email ThisBlogThis!Share to TwitterShare to FacebookShare to Pinterest
Labels: 1990's, Space Precinct 2040, Vivid Imaginations
Newer Post Older Post Home