Pickings Were Slim In Timonium

With the smoke clearing in the sky from another Independence Day come and gone, it was time to saddle up and head to Timonium, Maryland for another Dave Hart Toy Show. I arrived right at 9:00 AM, and the show was just opening for the day. However, there was no wait as I walked up t the cashier, paid, got stamped and walked in.

The same vendors were there, which was expected. However, as I started walking around and snapping some photos, I quickly noticed something I wasn't expecting.  They all had a lot of the same stuff they were trying to sell not only last December, but last July. Because I was seeing the same stuff in abundance, I stopped taking pics. Here are the few I snapped before giving up.

Lack of "new" stuff aside, it didn't stop me from grabbing some things to add to my collection.

I'd been walking past numerous Pee-Wee Herman figures since last year, and possibly even the year before. It was always something I kind of wanted. This time, I went ahead and grabbed him. 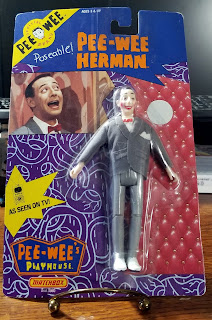 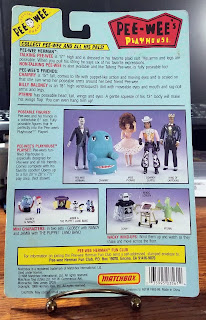 When I pulled the figure from the package it was kind of wet with sticky residue - A common issue with toys which stay in the package too long. A quick rinse and dry off, and it was good as new.

I've been wanting to replace the Marge Simpson in my collection ever since getting her. No, replace isn't the right word. Rather, complete. Mine was missing the cookie tray and shopping bag. As I searched for her on ebay, I found the figure was upwards of $100.00! No way was I paying that price for just the accessories.

Needless to say, when I found this one at the show, and for a very small fraction of the cost, I was all over it. The seller told me it was a UK edition, but I didn't care. I just wanted the accessories. The Marge and Maggie figures will get tossed in my "trade" pile. 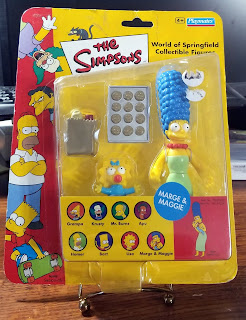 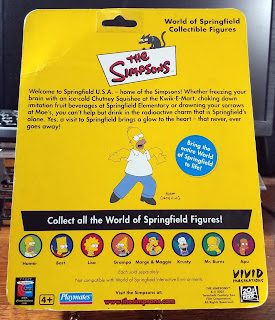 Glad to have this figure complete. Now I just need the television set to complete the set...Which is in route as soon as the seller I just bought it from ships it. 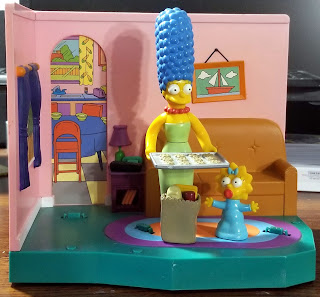 Such a happy family! 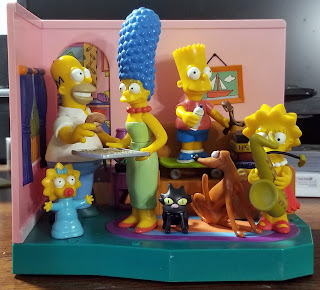 Recently, I've been looking at getting the vintage vinyl Star Wars carrying cases. I never thought for a minute I'd find one at Timonium - Let alone in such great shape for a mere $5.00! No, that's not a typo.

The case has both trays, the stickers adhered to them, but no paper insert. Quite frankly, I'm not concerned with the insert. This is just fine for me. 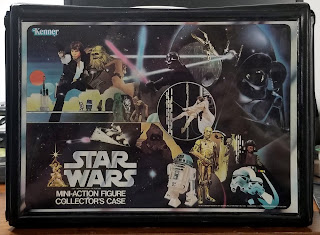 My brother and girlfriend found me a Tauntaun while I was at another table making a deal. They kept calling me on my cell to come see it, but I unfortunately was too busy to do so. Turned out to be a good thing.

With multiple people taking an interest in it, they held onto it saying that it might be sold. The guy had a thirty dollar price on it. However, as everyone got impatient of waiting on me, my girlfriend said, "I have a twenty on me. Take it or leave it." The guy took it. 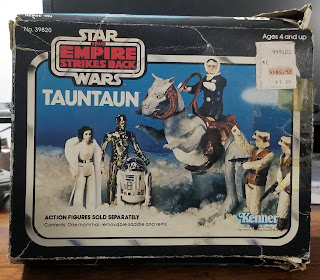 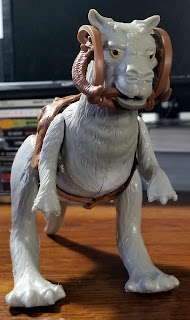 I stopped by the CD table, and made record time through it. There's honestly not much I was expecting to find, and I was quite surprised to leave with nineteen discs. Granted, five are for my sister. 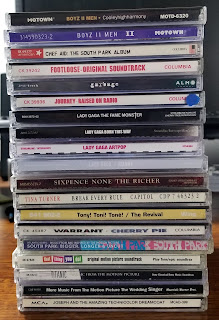 And of course, G.I. Joe figures were coming home with me. These are actually what I was haggling on when getting bombarded by calls for the Tauntaun.

I have a fond spot in my memories for Python Patrol and Tiger Force. The reason being, as a kid, I didn't start collecting Joe figures until around 1986. This means I missed out on a lot of the classic figures such as Duke, Dusty, Cobra Officer, Cobra Soldier, etc. For me, the Tiger Force and Python Patrol were the versions I had. While I would have preferred the originals, they were nowhere to be found on store shelves. So, you take what you can get. 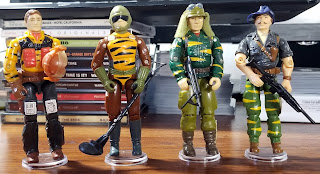 Yup, I replaced my Tiger Force Tripwire from Farpoint Toys, which I didn't notice had cracked elbows when I bought it.

I wanted to buy five Thundercats figures, which would have included Tigra, Cheetara, Monkian, Vulture Man and Jackalman. However, the seller wasn't willing to come to an agreement on the price. Even after I showed him that he was charging too much, he wouldn't budge. The annoying thing about it is that this guy always has these figures at each show. He's not selling them at his asking price. So, you know, maybe rethink that one. Lost sale at the end of the day.

Because we were in the area, we stopped at The Toy Exchange on the way out. I grabbed two more Joe figures and also something big. Really big.

Sadly, I'm not able to touch said item yet because I bought it for my birthday gift from me, to me. That won't roll around for another forty-one days. Sure, I could open it now and have a blast with it, but then what am I going to get from me on my birthday? Patience....Patience.... 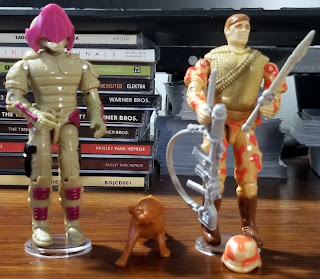 Nulifier is actually the last Cobra figure I "needed" to have them all from 1988. Good grief. At this rate, I'm going to complete the entire 1988 and 1989 years before I know it. That was not planned. Every time I turn around, more Joe figures are coming through the door. I complain, but only in jest. I love it!

Well, that wraps up my day. Now I just need to update all my Order Of Battle posts with the new stuff.

Click "HERE" to go back to the home page. For more posts related to this one, please click the labels below.
Posted by The Toy Box on July 06, 2019
Email ThisBlogThis!Share to TwitterShare to FacebookShare to Pinterest
Labels: Convention, Dave Hart Show, Timonium