Transformers with tiny pilots? Sounds cool...Until you realize in their transformed versions they're things like calculators, pencil sharpeners and books...Hmm...Lame. Granted they do reconfigure into things such as tanks, rockets and other attack vehicles, but still...That's about as fun as Perceptor turning into a Microscope. In other words, there's just some toys I don't want to play with - One that promote education.


Even the boxes didn't help sell these things with generic names representing what they are; Book, Flashlight, Clock...yawn. No wonder these things didn't fly off the shelves.

"Okay, Johnny. You can get one toy. Do you want Optimus Prime or Pencil Sharpener?"

The choice seems kind of obvious, doesn't it? 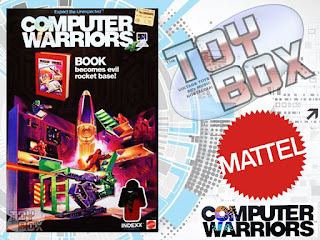 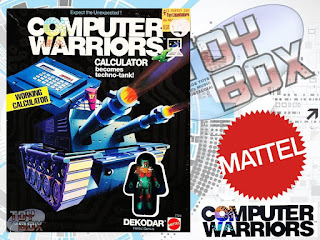 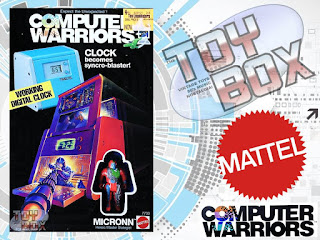 In representation, the computer playset looks pretty cool. It's massive, which is always fun in any playset. 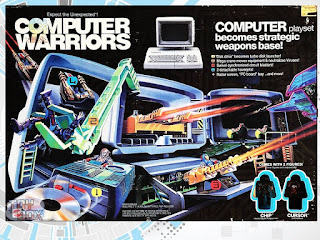 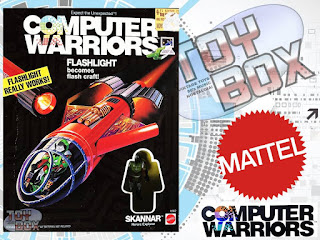 In addition to the larger boxed versions, the series included carded PC boards which transformed into aerial ships. The cardbacks get points for having a unique style to them in terms of shape. 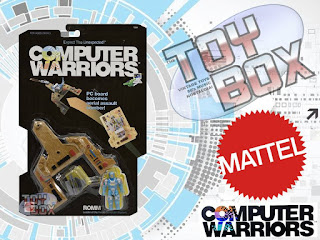 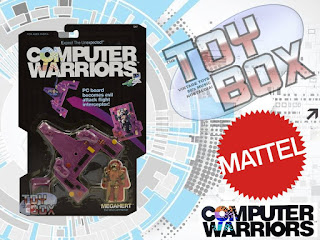 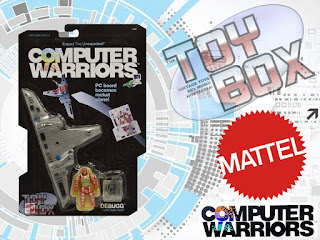 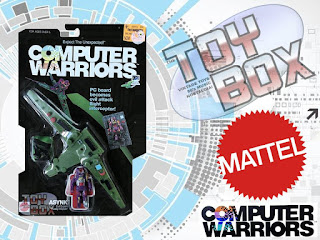 Because I clearly wasn't going in any particular order, here are some more of the boxed items. 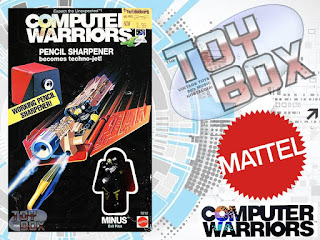 Out of all the Computer Warriors toys, the Pepsi Can is the one which intrigues me the most. I don't know what it is about this particular thing that makes me want it so much. Probably the nostalgia of the branded can. 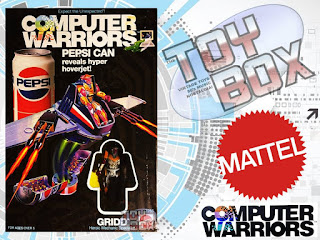 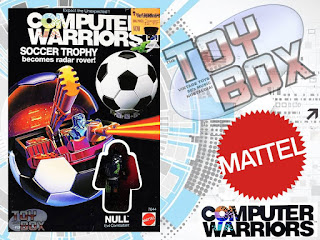 Mattel produced a pilot episode for Computer Warriors which...Is just awful. It's no wonder the series didn't get picked up for syndication. The one and only episode can found on VHS cassettes which were released in conjunction with the toys. Additionally, you can watch the full episode on Youtube. 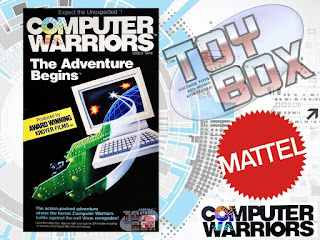 These toys seems to come in spurts on secondary markets - Typically from one seller offloading the entire series. In the box they're going to set you back considerably, so this is not the type of toy line for the faint of heart. Be prepared to spend around $200.00 for the boxed ones (not including the computer which will set you back even more) and around $25.00 for each carded PC board.

Click "HERE" to go back to the home page. For more posts related to this one, please click the labels below.
Posted by The Toy Box on July 29, 2019
Email ThisBlogThis!Share to TwitterShare to FacebookShare to Pinterest
Labels: 1980's, 1990's, Computer Warriors, Mattel, Pepsi
Newer Post Older Post Home