Wow! What a solid album!

I've always liked the song Naughty Naughty from John Parr, but I was hesitant to pick up the self titled album in recent years because it hovers around $50.00! It wasn't until ebay sent me a recent promotional coupon which gave me $15.00 off of a purchase that I revisited the album and stomached the purchase - $35.00 is still quite expensive for an album you want one song off of.

Well, I'm happy to report that this turned out to be a well worth it purchase! I loved this album!

Out of the nine tracks - ten if you count that it's technically the 1985 re-issue - I nabbed seven songs from it for my iPod. I don't know what it was about this album, but it just grabbed me with pretty much every song. I enjoyed it so much that I immediately went to ebay to find Parr's follow up album, "Running the Endless Mile" which was far more reasonable in price, but which admittedly I don't know any of the songs from. Yup, it was so good it left me wanting more. I love hearing albums like that. 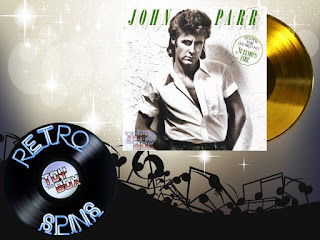 Let me backtrack a second here and go back to what I said above. I mentioned this particular version was the 1985 re-issue with an extra track which just so happened to be Parr's hit, St. Elmo's Fire. While I love this song, I already have it from the actual soundtrack. As such, I didn't transfer it to my iPod since it was already there.

It's unfortunate that Naughty Naughty was the real only hit for Parr off of the album and even then it didn't necessarily blow people away making it to only number twenty-three on the charts by March of 1985. Magical debuted on the charts in April, but lasted for only one week. It wouldn't be until St. Elmo's Fire that Parr would finally get the number one hit he deserved. Sure, you could technically say it was from the album since it was packed onto it and re-released when it became such a massive success.

For what it's worth, I highly recommend the album to everyone. However, the steep buy in price may be enough to deter people from wanting to track this one down - Which is a shame that it costs so much because so many people may be missing out as a result.

Click "HERE" to go back to the home page. For more posts related to this one, please click the labels below.
Posted by The Toy Box on January 22, 2019
Email ThisBlogThis!Share to TwitterShare to FacebookShare to Pinterest
Labels: 1984, 80's Album Review, 80's Music, 80's Music Review, John Parr, Music of the 80's, Retro Spins