Retro Spins: Eddie Murphy - How Could It Be

Actor, comedian, musician, Eddie Murphy seems to have dabbled in a little bit of everything. Of course, many people don't tend to remember him for his singing career.

His 1985 album, How Could It Be is one hit wonder and scarce CD all in one. It is of course notable for the track, "Party All the Time" which made it big in 1985. The song debuted in October of 1985 in the number eighty-two spot where it flew up to number two by December and stayed there for a couple consecutive weeks leading into 1986. 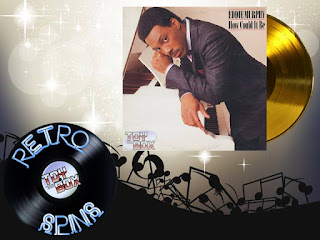 Though the track is an iconic 80's staple, it's interesting to note that not many people know it's Murphy behind the microphone. Oddly, I've heard of some people who think the singer is Rick James - and I can't honestly fathom how. On a good day James wouldn't sound this smooth.

The album seems to transition between styles. It starts out on a pop leg, then switches to a ballad then back to pop. After this, you get a couple gospel  type songs...and I say, "type" because I don't know many songs about God that drop "N" bombs. In fact, I didn't know any until today. But, hey. Maybe I'm just not listening to the right gospel songs.

In my listen, I found three tracks which stood out; Do I, Con Confused and of course, Party All the Time. Beyond that I essentially heard tracks that I otherwise tuned out after a few seconds. Overall, I left with the impression that Murphy should stick to acting...In 80's movies, not that new stuff he did which was cringe worthy.

The album didn't seem to impact him much in his career one way or another. Murphy not only released another singing album in the 80's, but then went on to star in the highly successful The Golden Child, Beverly Hills Cop II, Coming to America and Another 48 Hours (just to name a few). Despite being a one hit wonder (musician wise), he certainly must have done something right (career wise).

Click "HERE" to go back to the home page. For more posts related to this one, please click the labels below.
Posted by The Toy Box on January 08, 2019
Email ThisBlogThis!Share to TwitterShare to FacebookShare to Pinterest
Labels: 1985, 80's Album Review, 80's Music, 80's Music Review, Eddie Murphy, How Could It Be, Music of the 80's, Retro Spins