Admittedly, we don't know much about the television series. So rather than pretend we do, here's the link to Wikipedia which will tell you all you need to know about it.

Let's instead talk about something we can rap about in droves - Mego eight inch action figures.

Hasbro gets bragging rights for first coining the phrase "action figure" for their 1964 G.I. Joe line. However, it's Mego who really stepped out of the confines of boundaries and went all out with eight inch figures based upon just about every concept you could think of - Pirates, Monsters, TV and Movie Characters and so many more. All of this began in 1972 when Mego secured the rights for their now famous Marvel and DC Super Heroes lines.

While the television series for Starsky and Hutch ran from 1975 to 1979, Mego produced figures based on the characters and infamous Ford Gran Torino car from 1976 - 1978. The series included the two main protagonists Starsky and Hutch (obviously) as well as a few reoccurring characters. 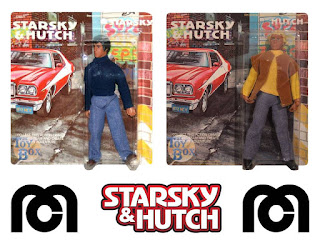 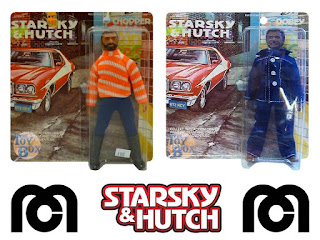 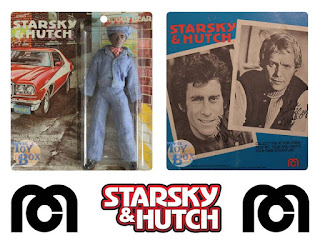 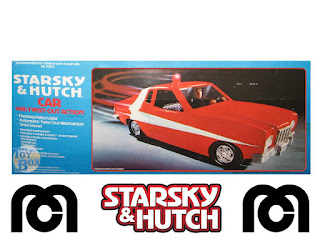 Unlike a lot of Mego's vintage stuff you won't find yourself going bankrupt buying some of the figures from this particular line. Starsky and Hutch will only cost you about $10.00 to $15.00 for each. Carded versions will set you back about $50.00 to $60.00.

As for the other three figures, they're a bit more - Roughly $50.00 each (loose). They're admittedly a bit difficult to track down in the package. As such, we can't estimate a value at this time.

Then there's the car...It's a little pricier and much rarer. In the box you can expect to spend over $300.00. We have not found many loose versions to provide a price point for this item.

Click "HERE" to go back to the home page. For more posts related to this one, please click the labels below.
Posted by The Toy Box on September 24, 2018
Email ThisBlogThis!Share to TwitterShare to FacebookShare to Pinterest
Labels: 1970's, Hutch, Mego, Starsky, Starsky & Hutch