Before their were guitar controllers, there was Space Channel 5 - A game from Sega developed for their Sega Dreamcast System...Which coincidentally was their last video game console to date (and later for the Sony Platstation 2).

The game involved the character Ulala who the player controlled in an effort to groove and rescue hostages as she stopped the attacking enemy. As the character calls out commands, it is up to the player to repeat these commands via inputs on their controller.

Critically the game was highly praised by reviewers and players who noted the game as incredibly fun. Even those who stated that the game wasn't necessarily up to par graphically wise for its time of release still couldn't deny the fun nature of the game.

Prior to going out of business, Palisades produced a very short lived lineup of action figures based on the game - Most of which were versions of Ulala. 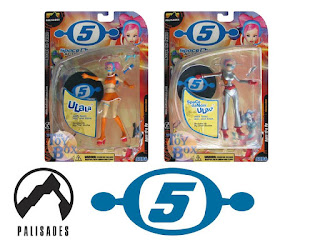 Of course many know the eventual downfall to the company was the numerous lawsuits brought against it for taking money under the table and not paying its bills / design teams. A definite disappointment considering the company was producing the highly popular Muppets line at the time all of this went down. 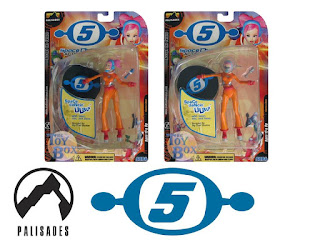 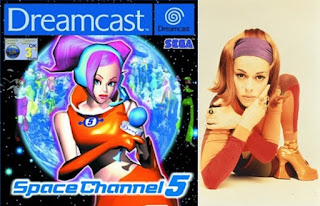 There may be some validity to that claim

Despite the clear resemblance in the above photo (at least to us), Kier lost her case against Sega and ended up having to pay over $600,000.00 for their legal fees.

In 2008 Kier would have another run in with Sega, but this time by way of actually allowing them to use her song Groove is in the Heart for their game Samba de Amigo. The song was ironically acted out in the game by Ulala from Space Channel 5. 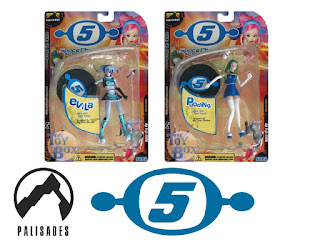 Palisades were big fans of making their lunchbox exclusive figures which could only be gotten by joining their "fan club". The Space Channel 5 line saw it's own released exclusive in this nature featuring a black and red suited Ulala. 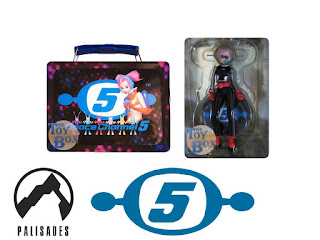 For those looking for the figures you can find them readily available via secondary markets. They are also relatively cheap. A full carded set can be grabbed for as little as $50.00. Unfortunately, the exclusive lunchbox version is another story. It is incredibly scarce and as such we can't even begin to estimate a price. For those on the hunt for the actual Sega Dreamcast game, you can get this for around three bucks.

Click "HERE" to go back to the home page. For more posts related to this one, please click the labels below.
Posted by The Toy Box on September 17, 2018
Email ThisBlogThis!Share to TwitterShare to FacebookShare to Pinterest
Labels: 2000's, Palisades, Sega, Space Channel 5, Video Game Toys