Solo: A Star Wars Story DVD and Blu-Ray Round Up

Solo may have flopped at the box office, but Disney is banking hard on home video sales to move the movie from the red to green financially. Will you be helping contribute to this? Let's take a look at all the various versions which hit the market, and see if one is right for you!

Digital versions of the film were released on Friday, September 14, 2018. With it comes all the bells and whistles you'll find compiled in the special features of most of the physical releases. What are those features? 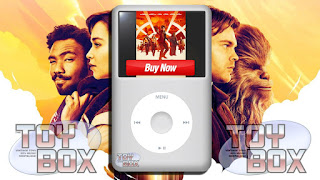 Though I've owned the digital version since its release date, I honestly haven't taken the time to watch any of the special features beyond the deleted scenes. As such, I'm really not prepared to comment on any of them.

There are a handful of retail releases which you can find anywhere. These include the DVD, Blu-Ray / Digital Code and 4K Ultra HD + Blu-Ray + Digital Code. Much like the prior released, The Last Jedi, if you're looking to get a combo pack with both a Blu-Ray and DVD, you're going to have to look at the exclusive releases. More on that in a bit.

The DVD version is simply the movie. No frills, no fuss, no extra content. It's as basic as it gets, and at $19.99 (retail) also the cheapest. If you just want the movie, don't care about HD formats or bonus features, look no further. 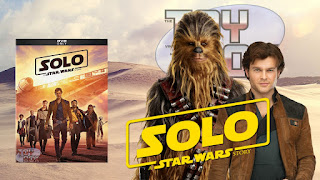 The second tier for the standard retail releases is the Blu-Ray / Digital Code combo. With this version you will get all the special features as noted above as well as a digital code to download the film on the streaming service of your choosing. Unlike the DVD, it also comes packaged with a slipcase. However, both covers are the same. 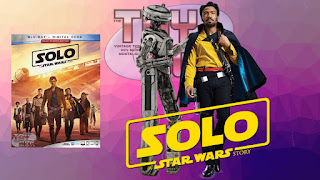 The final retail release is the 4K Ultra HD + Blu-Ray + Digital Code release. With it, you get all the content you'll find in the above noted Blu-Ray / Digital Code Combo in addition to the 4K Ultra HD Blu-Ray. The box also denotes it as the Ultimate Collector's Edition, but considering the only additional item you get from it is the 4K version, I don't know what qualifies it as "ultimate". Bigger? Sure. Ultimate? No. 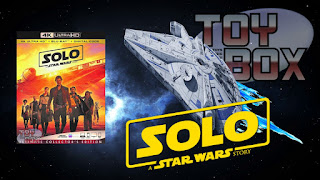 Much like prior releases, every major retailer wanted in the game of an exclusive.

Target sticks to its traditional go to exclusive of packing in a full color gallery booklet with tons of photos packed into its forty pages. Additionally, if you pre-ordered the movie from Target and used your Red Card, you could also get a miniature metal model kit of the Millennium Falcon. The versions with the model kits were only available online, and went relatively fast.

Once again, Target offers exclusive content, the bonus feature The Millennium Falcon: From Page to Park. Also once again, it can only be accessed via a digital code and download on a streaming service. 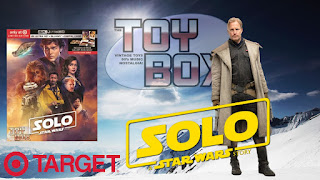 Best Buy sticks to tradition as well, and releases a steelbook version of the film. The "set" is essentially the same contents you'll get from the Ultimate Collector's Edition, but with a metal case. 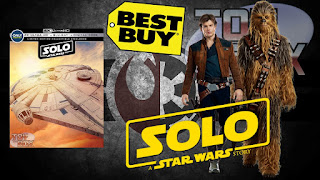 Walmart comes out swinging with the best exclusive of them all! Queue crickets... 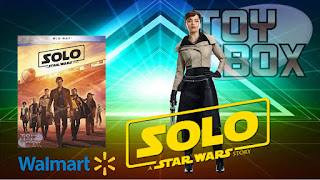 What were they thinking? There's no incentive or value here! If there's a bright side, at least it wasn't an interchangeable cover with six different possibilities. That got expensive with Rogue One and The Last Jedi.

The last exclusive comes directly from the Disney Movie Club. For those of you who recall, The Last Jedi was the first film released through this venue which actually became a high demand item for collectors. The reason being, it include the Blu-Ray, DVD and Digital Code. The release of Solo continues this with the exact format of release, making it the only way you can actually find this type of combo package. 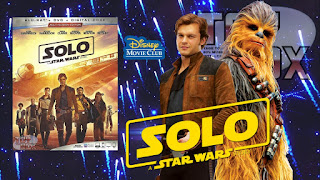 Additionally, if you pre-ordered the film, you'll receive a set of four lithographs. It's also worth noting, you can get the same lightographs, but in a larger format for pre-ordering the film from a Disney Store. However, you will not find this version at stores, only through the club.

At a cost of $24.99, and overlooking the fact you have to first be a member of the club, this particular version may very well be the best bang for your buck if you're not looking to own the 4K version. If that's the case, Target's exclusive may better suit your needs.

Unfortunately, there is no one stop shopping to get every version in one package - A shame really. Additionally, if you want the film in 3D, you'll have to look to other countries as once again there is no 3D version of a Star Wars film released in the states.

You could of course save yourself the trouble of deciding and just buy them all, but with Star Wars fatigue being felt across the world, that's not something many people are prepared to do.

I'll finish this post out with another attempt at getting some help tracking down something for myself. I've been looking for the DVD version gold cover "holiday edition" of The Force Awakens, which was released as a Walmart exclusive in 2016. If anyone happens to have one they want to sell, please leave a comment with your e-mail address and a quick message about it. I won't post your comment or e-mail address, but will reach out directly. Again, only the DVD version though as I already have the Blu-Ray + DVD + Digital HD version. Thanks in advance! 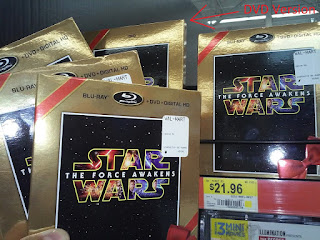 Click "HERE" to go back to the home page. For more posts related to this one, please click the labels below.
Posted by The Toy Box on September 25, 2018
Email ThisBlogThis!Share to TwitterShare to FacebookShare to Pinterest