Somewhere  over the rainbow there's a toy line that does The Wizard of Oz the justice it deserves. Sadly it's not in Multi Toys 1989 half hearted attempt to cash in on the 50th anniversary of the iconic film.

The company released a lot of WoO merchandise in 1989 ranging from these figures to dolls, to clothing for the dolls, and a line of Munchkins. The dolls were a little more forgiving in terms of overall quality. 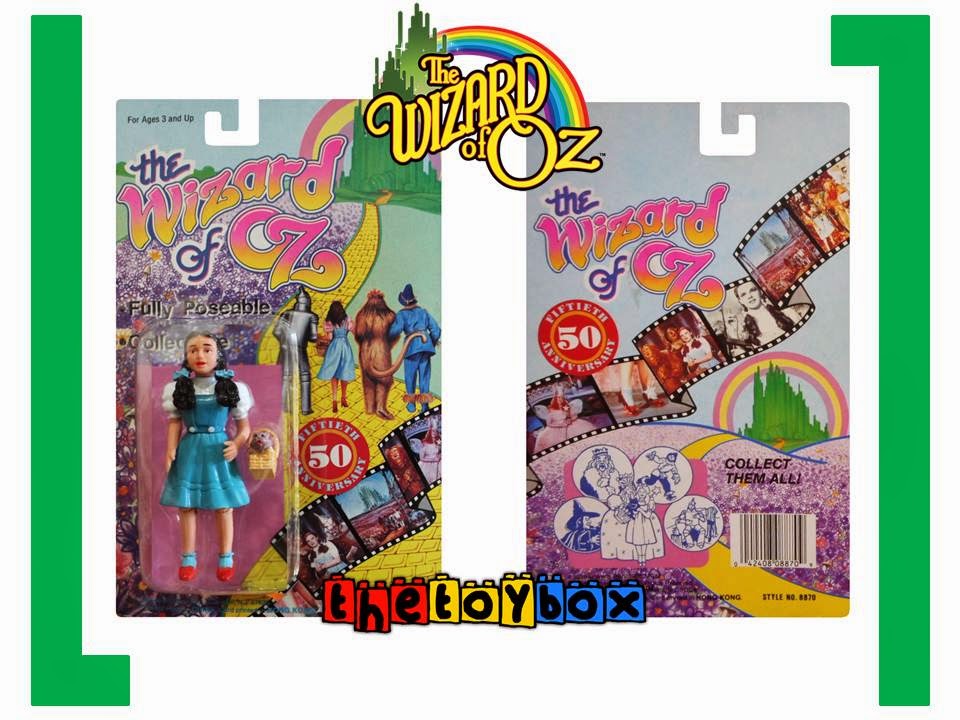 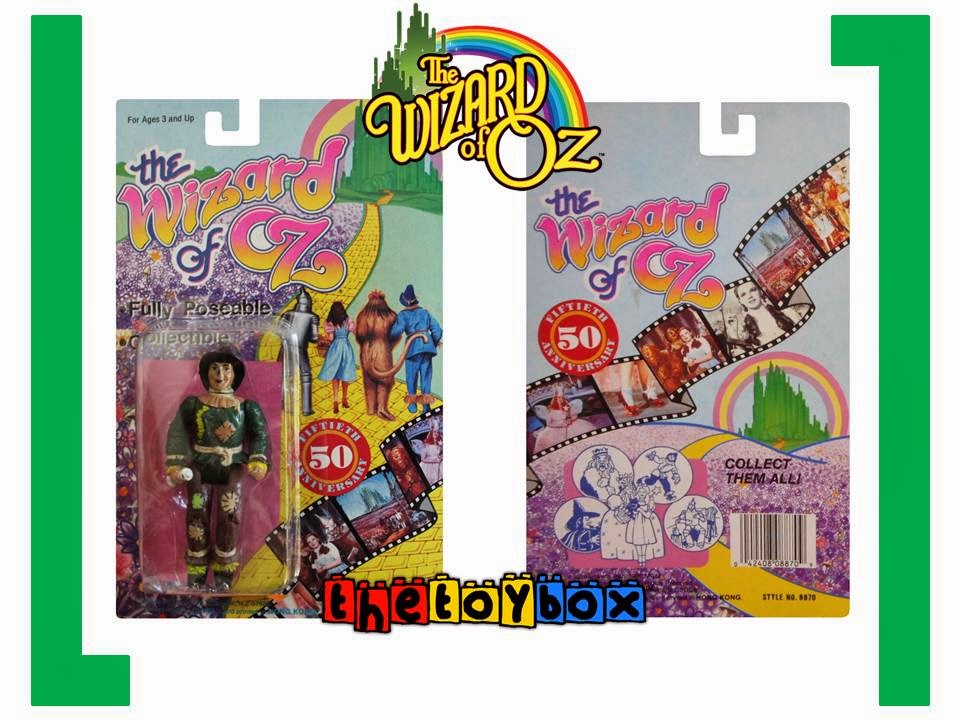 The Scarecrow
The quality lacking in the figures is somewhat made up for in the quality of the cardbacks which feature fantastic art, and a stream of film reel which showcases scenes from the film. It's a real shame that this amount of care wasn't put into the actual toys.﻿ 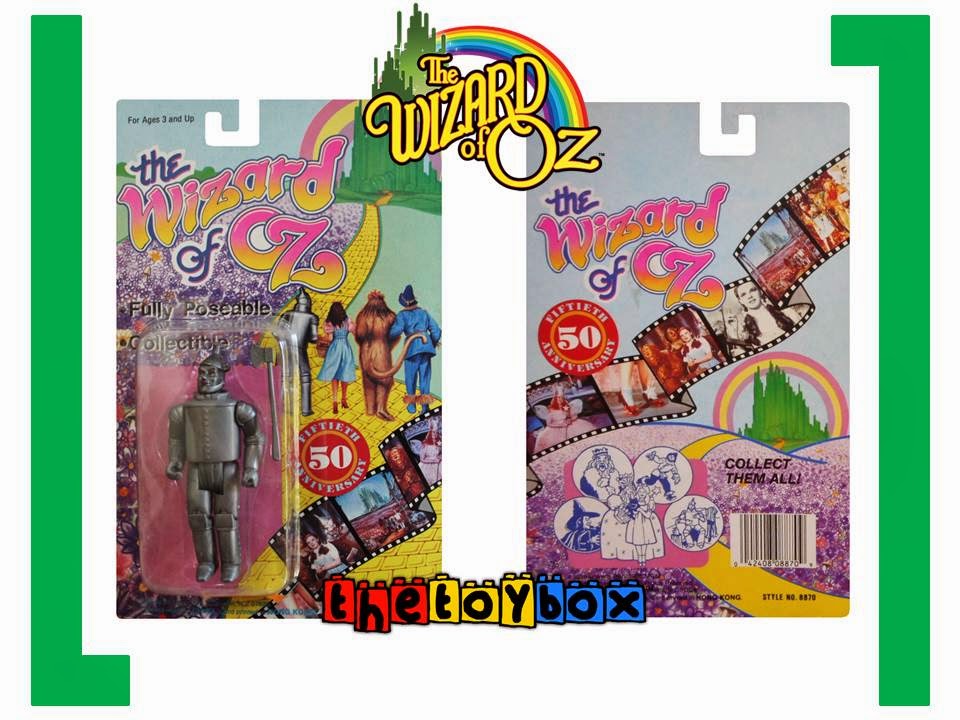 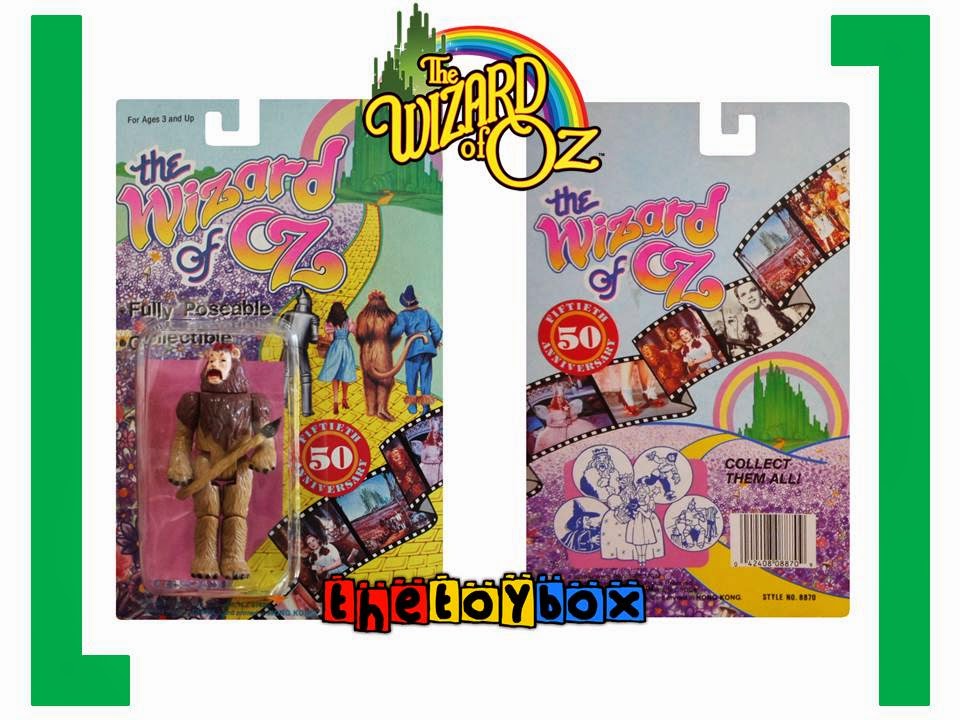 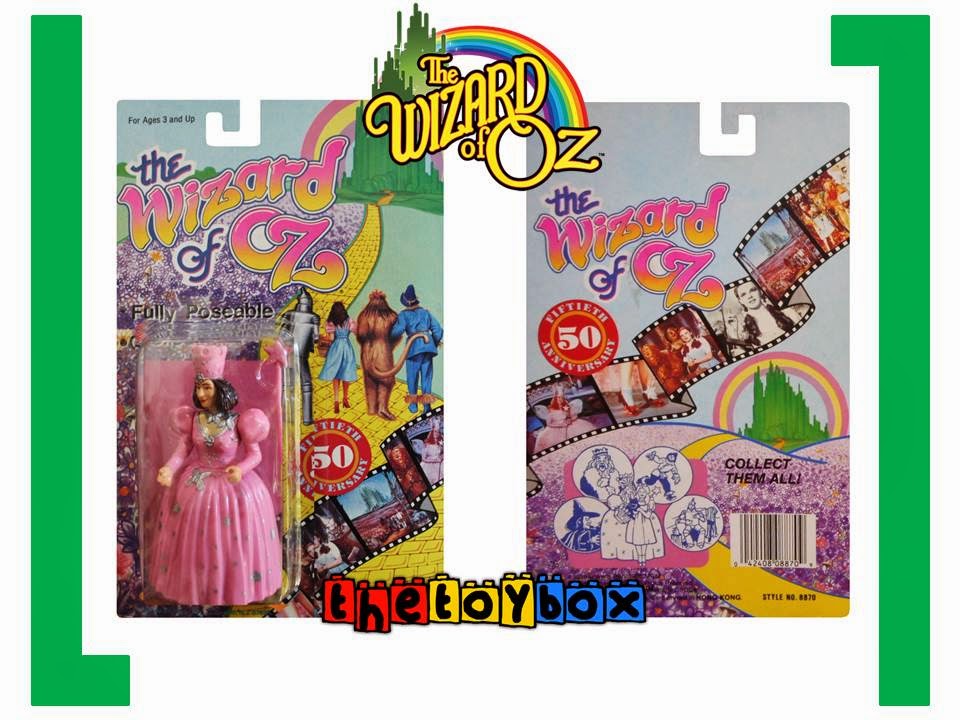 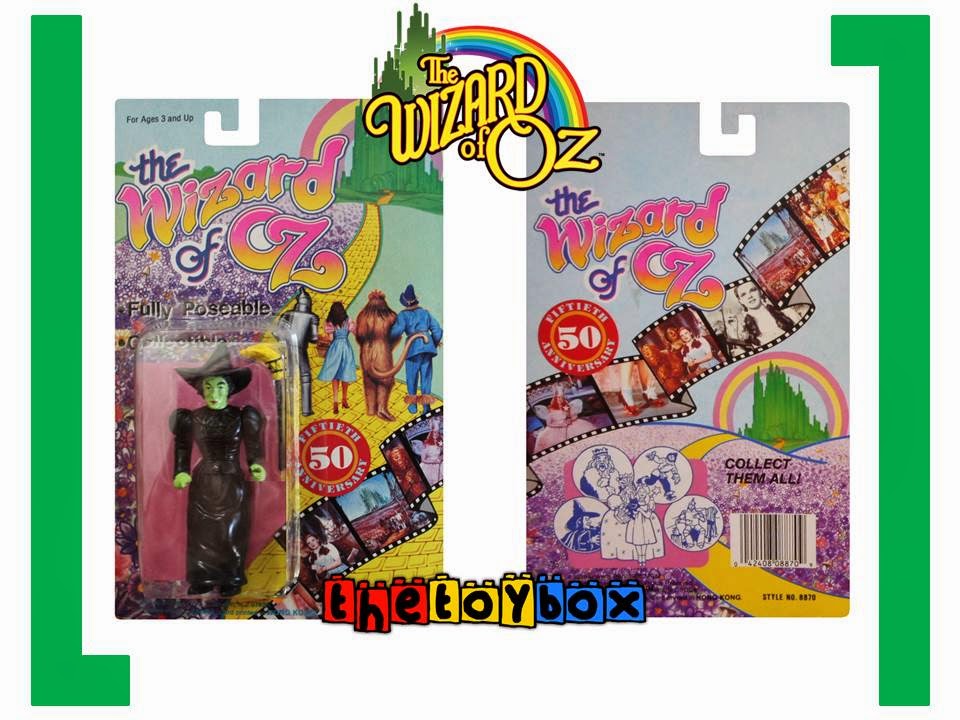 The Wicked Witch
If you really were on the hunt for these figures, or are now, a better solution to tracking them all down individually is the six pack as seen below. This may have also been a better route that Multi Toys should have taken when releasing the figures as opposed to banking on an action figure line.
﻿ 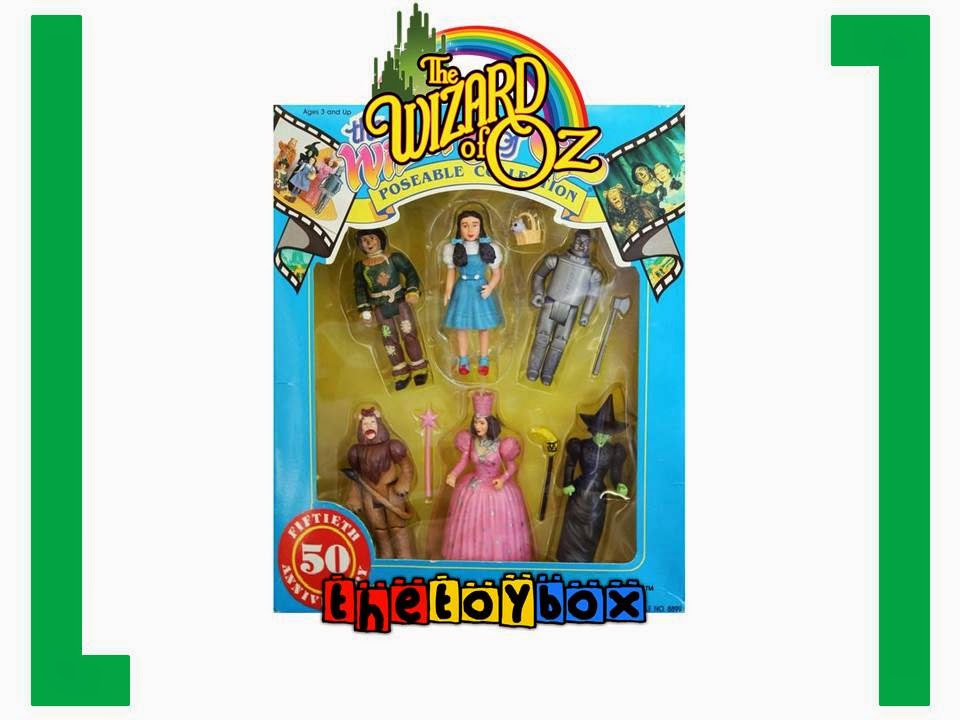 For those looking for a better alternative to these Wizard of Oz based toys, we highly recommend considering investing in the original Mego dolls from 1974.

Join us next time when we take a look at James Bond Jr.!

Click "HERE" to go back to the home page. For more posts related to this one, please click the labels below.
Posted by The Toy Box on January 19, 2015
Email ThisBlogThis!Share to TwitterShare to FacebookShare to Pinterest
Labels: 1980's, Multi Toys, Wizard of Oz