Underdog got his start as a General Mills sponsored animated television series in 1964 which ran for 124 episodes through 1967, and continued in syndication until 1973. It featured the hero of the same name, who would take to the skies in a mock Superman fashion when his love interest Sweet Polly was in danger - Which apparently was all the time.

The show borrowed generously from the premise of Superman, which included Underdog having the alter ego persona of the timid Shoeshine Boy who showed no signs of bravery or being a hero. As Underdog, the character would often speak in rhymes, such as his catch phrase, "There's no need to fear, Underdog is here!"

Since his initial inception, the character has been featured in numerous young reader picture books and comics. As of recent, Underdog has even been showcased in a full fledged feature film (2007) in an attempt to revitalize the character.

Also in 2007, Mezco released a handful of figures based on the original cartoon version - Though it was in very limited release, and came and went before most people even knew it was available. 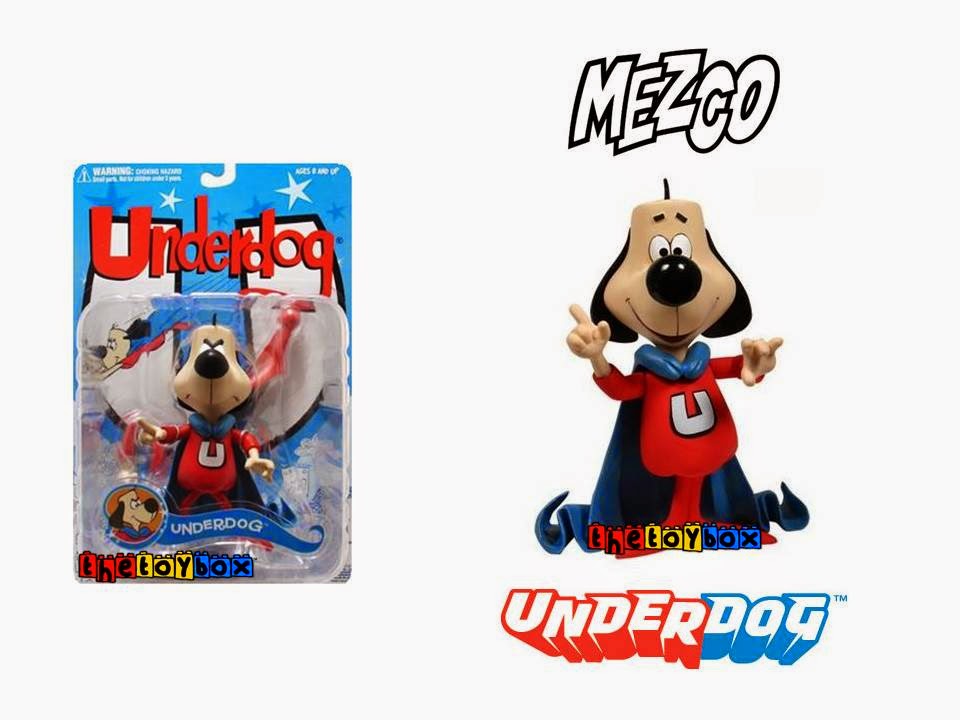 Underdog (Serious Face)
Two versions of Underdog were made available. The first showcased a serious look on the characters face. The second had the character giving a big grin. 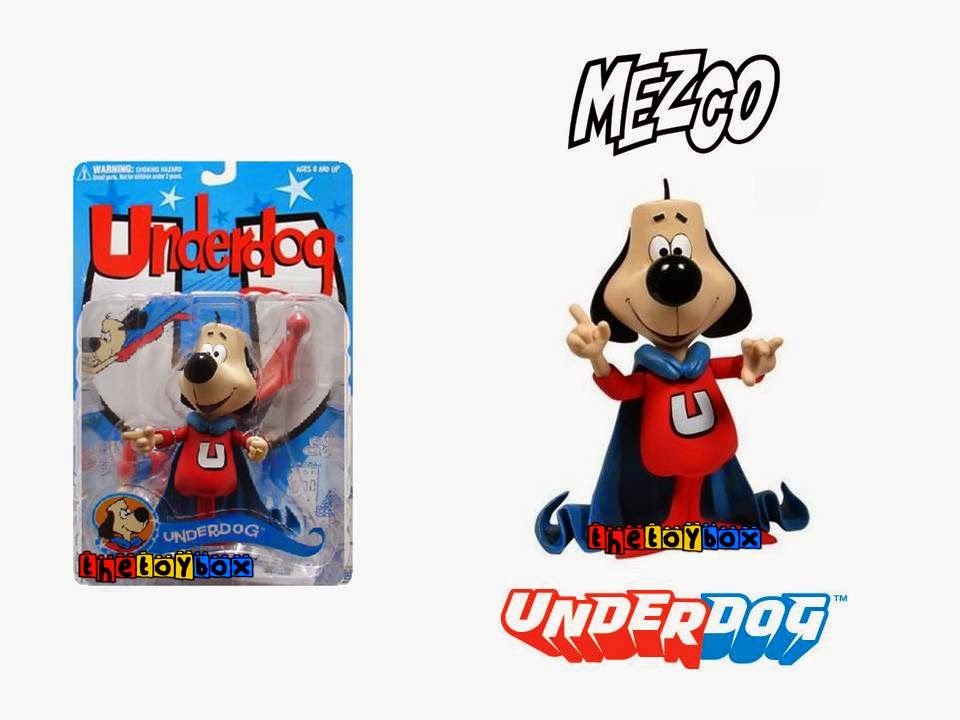 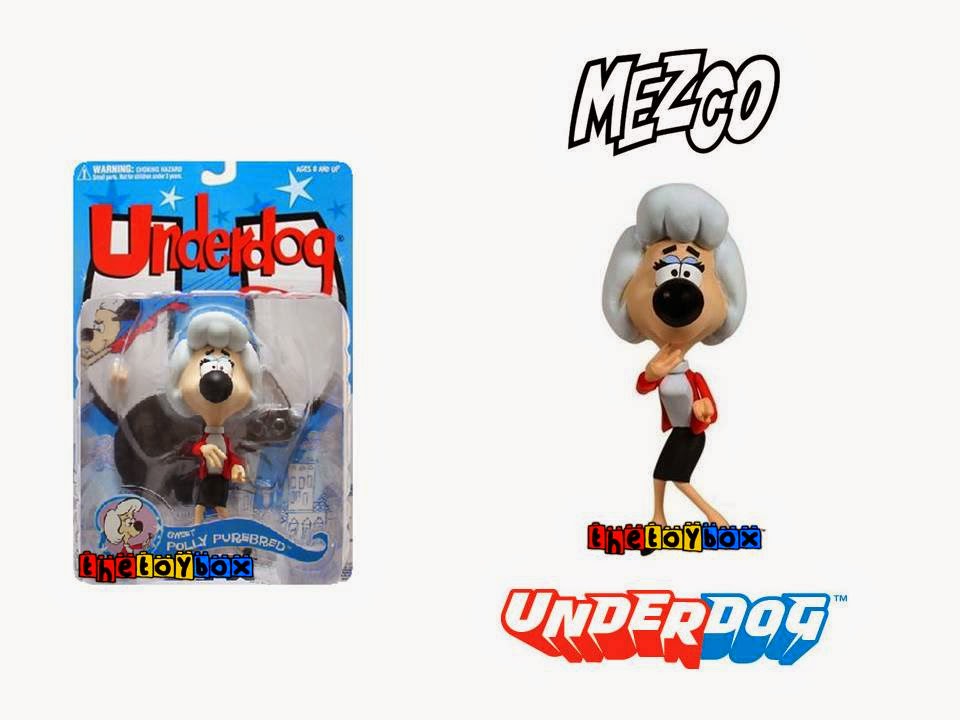 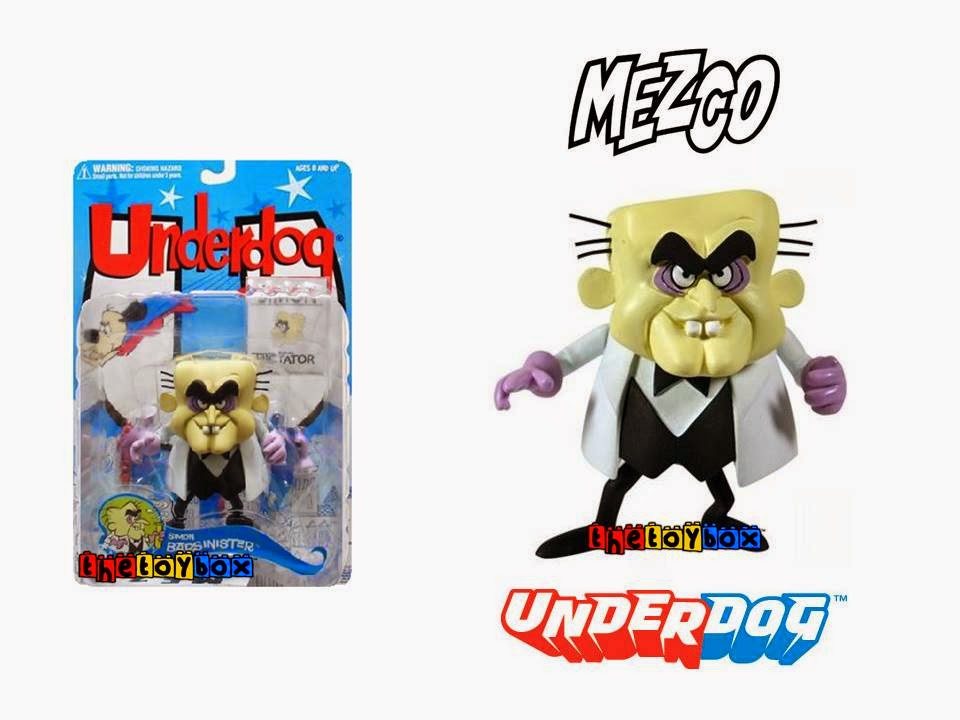 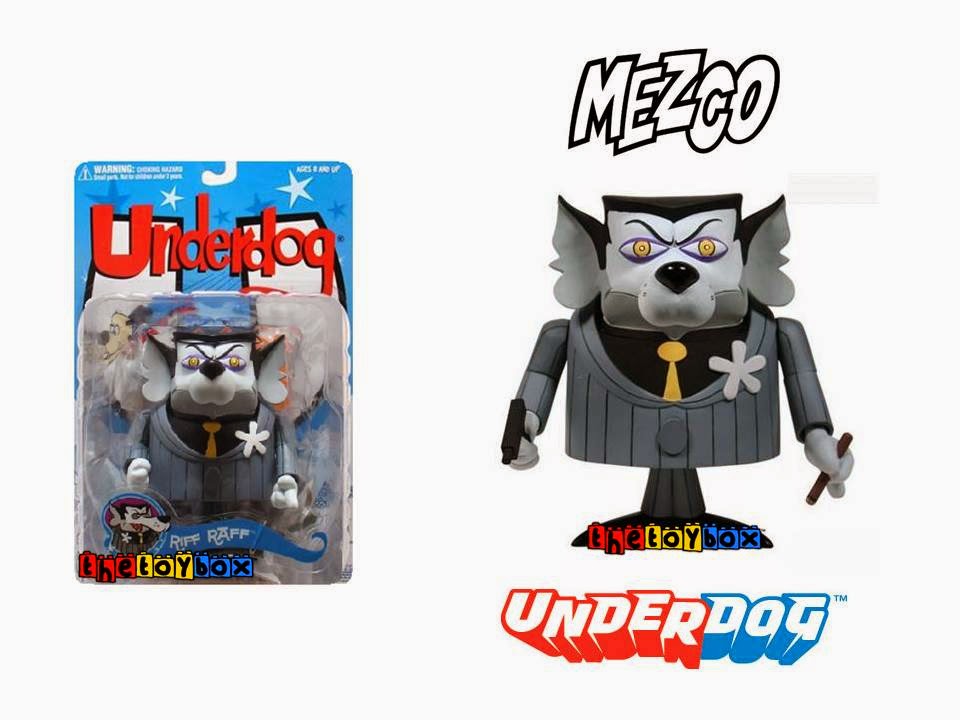 Riff Raff
The 2007 Comic Con exclusive set is one of the more elusive pieces to track down, but despite this it doesn't typically sell for a lot of money. If you're patient enough, you can typically nab one for around $35.00 - However, be prepared to deal with sellers who are asking three to four times more than that for it. 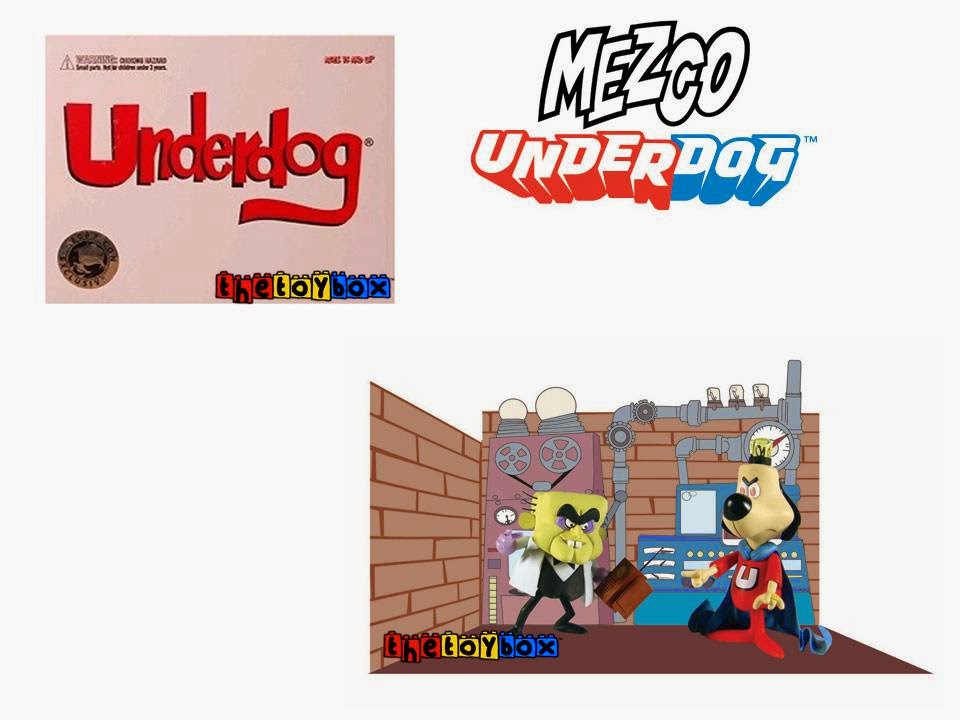 In general this is not an easy line of figures to track down. The most common one you'll find is Simon Barsinister. Unfortunately the rest of them are rarely found. Much like the Comic Con exclusive, this doesn't necessarily make the figures valuable. On average you can pick them up for $8.00 to $15.00 each mint on card. It's just a line that is going to take patience to track down.

Join us next time when we take a look at V The Resistance!

Click "HERE" to go back to the home page. For more posts related to this one, please click the labels below.
Posted by The Toy Box on January 12, 2015
Email ThisBlogThis!Share to TwitterShare to FacebookShare to Pinterest
Labels: 2000's, Mezco, Underdog