Get your shopping shoes on, Turtle fans! There's new figures to be had!

Playmates Toys is starting early this year. We've already seen the Mutations line hit store shelves, and we've also seen a fair amount of the older figures being released in all new packaging. Now we can add the Mystic Turtles line to the batch.

But what is a Mystic Turtle? According to what the packages say, we've gathered that each turtle represents an element; Leonardo - Quick and Light - Like the Wind, Michelangelo - Be Still - Like the Forest, Raphael - Raid the Enemy - Like Fire and Donatello - Be Immovable - Like the Mountain. I.E. earth, fire, wind and water...Or rather, wood instead of water for Michelangelo...P.S. Wood is not an element.

This figures aren't terrible, but they leave a little room for complaint. With Leonardo, we don't understand why he comes with a giant sword sheath that attaches to his side under his left arm. What were they thinking with this? It makes for awkward poses because is left arm needs to be raised just to accommodate it. The arrow is also molded to the bow in the packaged version. This is great because it does make it easier to pose and keep track of. It's just a little falsely advertised - Not that Playmates Toys isn't notorious for packaging drastically different figures from those advertised. 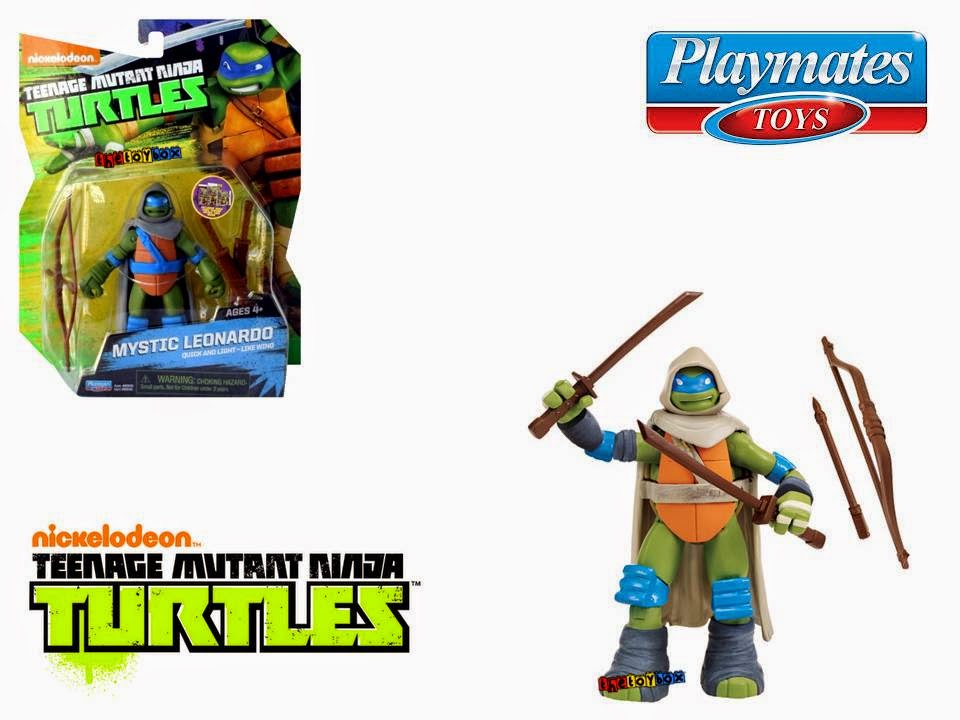 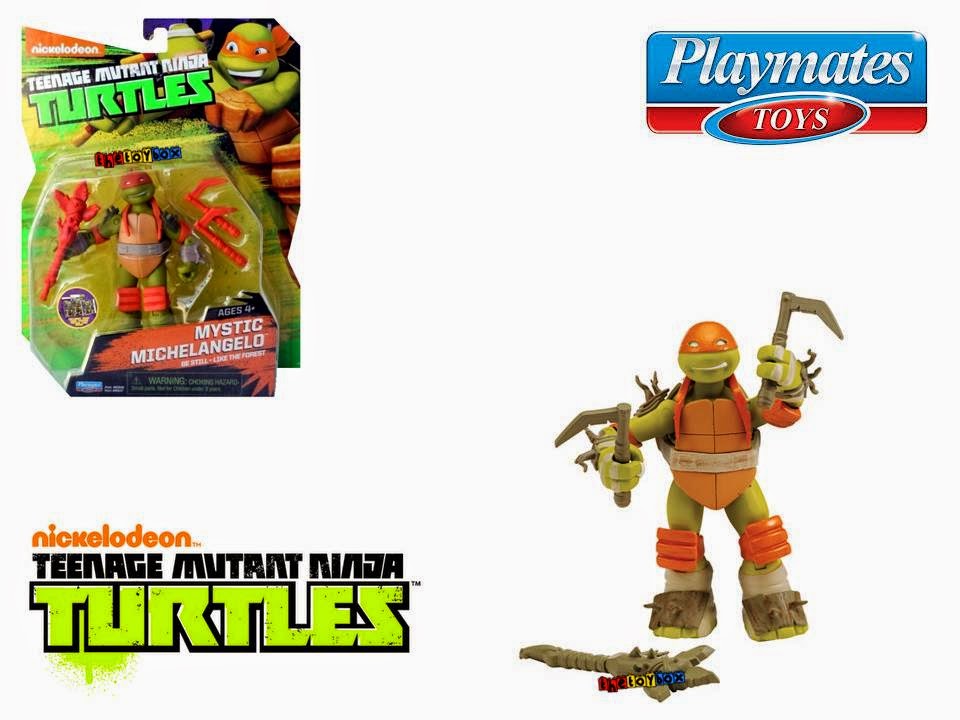 
Mikey has a great set of weapons, but the holsters on the back of his belt are the same design for his nunchucks. As a result, the slots are two big for the two bladed weapons, and way too small for the larger one.

Complaints aside, we really like all the unique accessories that each Turtle comes with. Aesthetically, these are fine looking weapons.

Raphael's weapons are the  worst offenders of the bunch. They're a rubbery plastic which feels like they're going to rip in half as you try to force them in his hands. Because of how floppy they are, it's difficult to get them in his hands - And we have no clue what that red cannon looking thing is supposed to be. 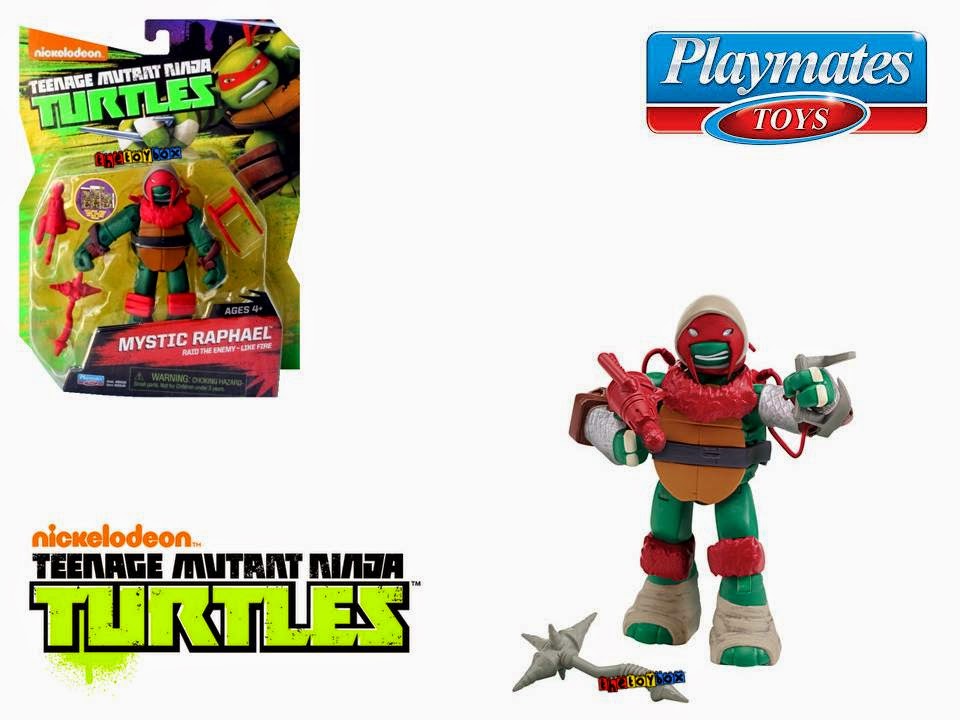 
Donnie gets some really cool weapons, but he has no slots on his back to hold any of them. It's awkward to have him hold them both in his hands because the handles are much longer than the prototype photos, which make him susceptible to falling over due to the weight. Also, what's up with the molded bundled up plastic rope accessory? What are we supposed to do with that? 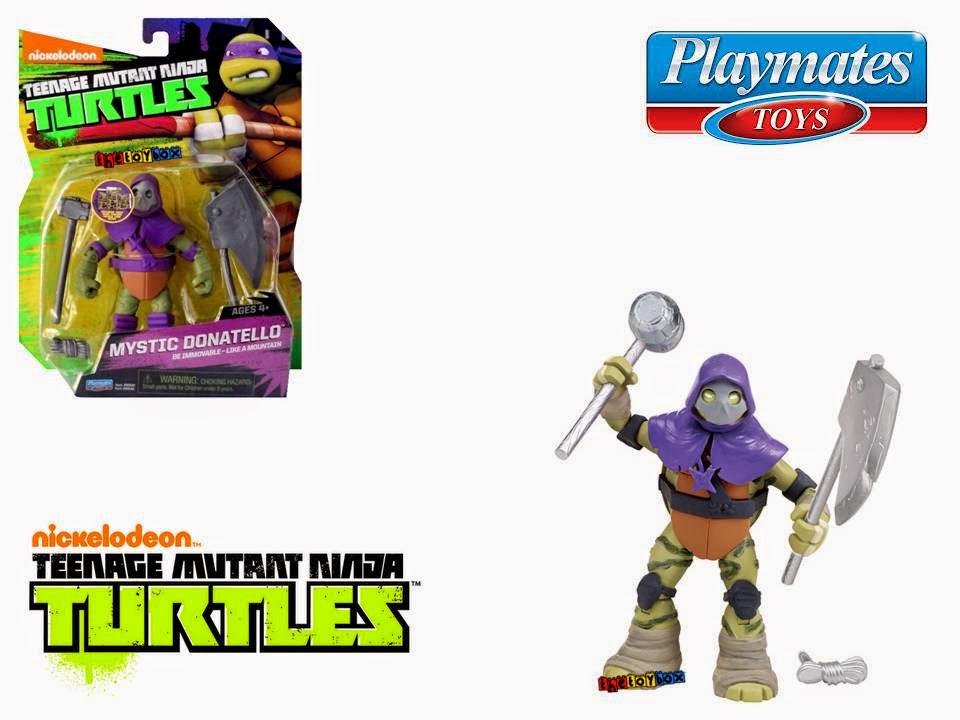 
The overall look to the figures is awesome, but the lack of storage for the weapons makes for a lot of lose stuff floating around - Potentially getting lost, and again we can't stand the rubbery/flimsy weapons Raphael got.

Will you be adding these renditions to your Turtle collection? Let us know in the comment section.

In addition to these new figures, we found thirteen of the older released ones on these new cardbacks;

We're sure the rest are on their way. For variant hunters, this could be an expensive investment buying every figure again for a new package.

Don't forget to also grab the all new Party Wagon which hit store shelves in January of 2015. 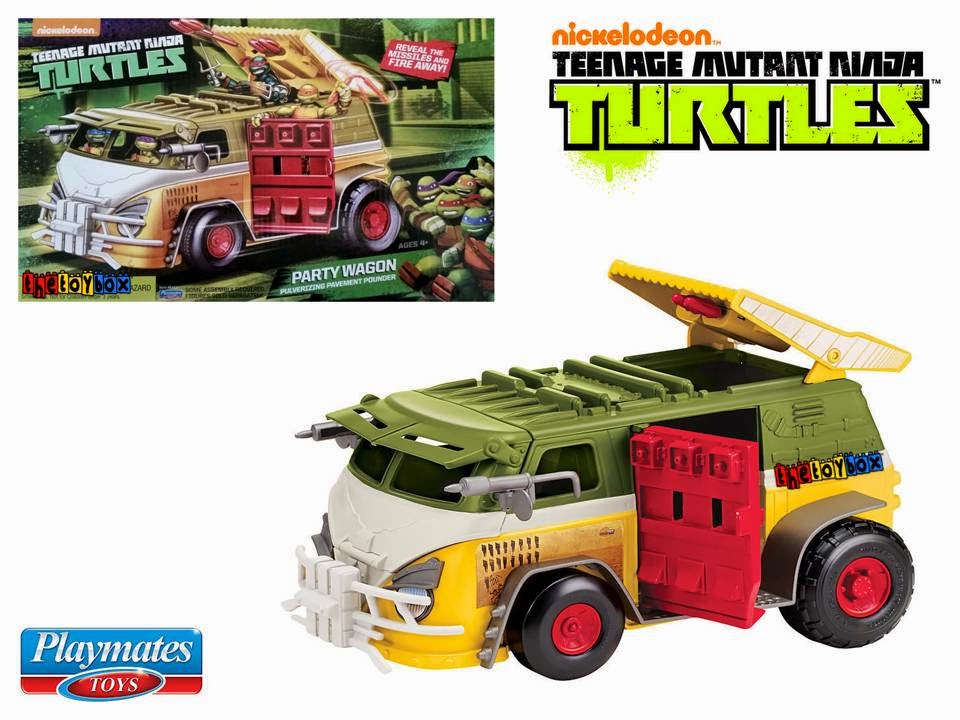 This vehicle is far superior to the original Shellraiser (personal opinion of course) which was released with the series one figures back in 2012. For starters, there's actually seats inside for your Turtles to sit in. Unfortunately towards the back half of the vehicle, Playmates Toys got a little lazy, so we once again just have a hollowed out hull.

If you've got deep pockets for Playmates Toys, then go ahead and click "HERE". Otherwise, don't - It might make you angry.

Click "HERE" to go back to the home page. For more posts related to this one, please click the labels below.
Posted by The Toy Box on January 29, 2015
Email ThisBlogThis!Share to TwitterShare to FacebookShare to Pinterest
Labels: 2010's, Nickelodeon, Playmates Toys, Teenage Mutant Ninja Turtles