New on shelves as of January 2015 is the all new sub series of Nickelodeon figures, Teenage Mutant Ninja Turtles - Mutations! Nine all "new" figures have been released which include Leonardo, Michelangelo, Donatello, Raphael, Metal Head, Slash, Shredder, Splinter and Tiger Claw. 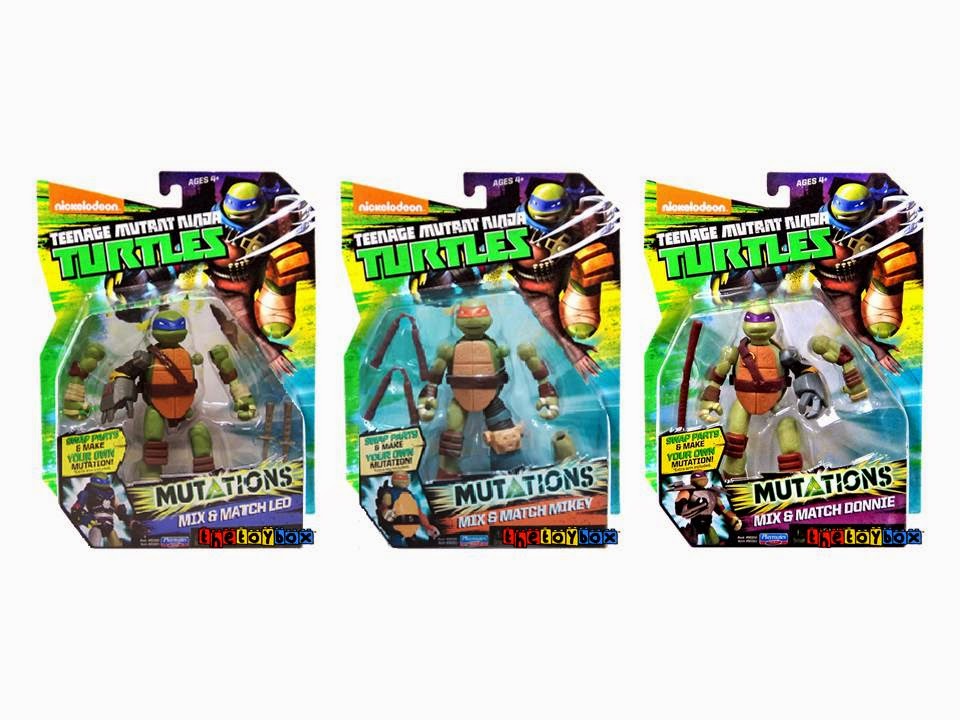 These figures honestly disappoint us. Mainly because it's nothing short of a rehash of what we've already gotten. Out of the nine figures, none of them are new. Though we do like the packaging, it's not enough to make us want to dive head long into this all new sub series. Quite honestly we've never really found ourselves sitting around saying, "Boy, wouldn't it be great if we could take our Turtle figures apart and swap the pieces of each body around?" 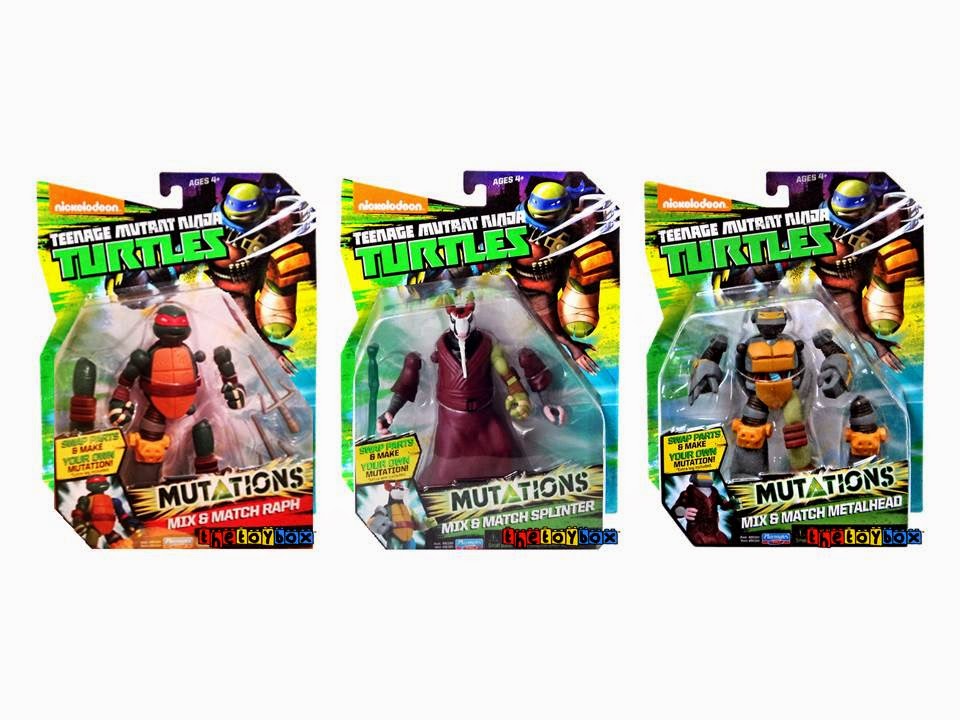 Side Note - We did end up picking up a Metal Head so that we could put his pieces in Donnie's workshop area in the Secret Sewer Lair. That turned out pretty cool in terms of adding to the look of the diorama. 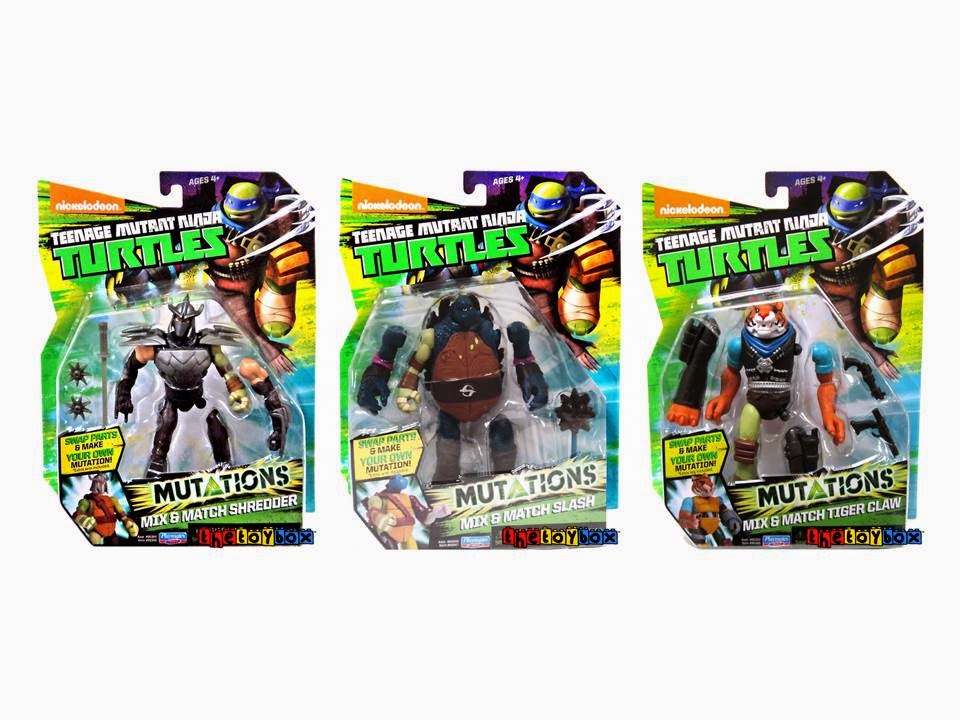 Variant hunters - It's been noted that Playmates Toys is utilizing this new style of packaging for the basic line of figures as well. So far we've seen about a dozen of the older figures packaged on retail shelves, and it's speculated that a whole bunch more are coming down the pike. If you're in to package variations, this is going to be a big one for you.

In addition, the set of four Mystic Turtles are out on store shelves. We'll create a new post for those once we've obtained them.

Join us next time when we take a look at Elvira - Mistress of the Dark!


Click "HERE" to go back to the home page. For more posts related to this one, please click the labels below.
Posted by The Toy Box on January 08, 2015
Email ThisBlogThis!Share to TwitterShare to FacebookShare to Pinterest
Labels: 2010's, Nickelodeon, Playmates Toys, Teenage Mutant Ninja Turtles, TMNT