Space: 1999 was a sci-fi series which originally aired in the UK which ran for two seasons between 1975 and 1977. The series would eventually make its way across the ocean to US televisions, but was typically run on non network affiliated stations. Oddly enough, the series started Martin Landau and Barbara Bain - Both American actors. The series received very mixed reviews often times praising or condemning it for opposite items. For example, some praised it for its magnificant acting, while others claimed the acting was wooden and terrible. We suppose it's just going to be one of those things that each person has to decide for themselves.

In 1976, Mattel released a handful of items based on the series. Much like the highly popular Mego brand, the "dolls" stood eight inches high, and featured a variety of articulation. Each package was also specifically designed with wonderful artwork to showcase the character in question. 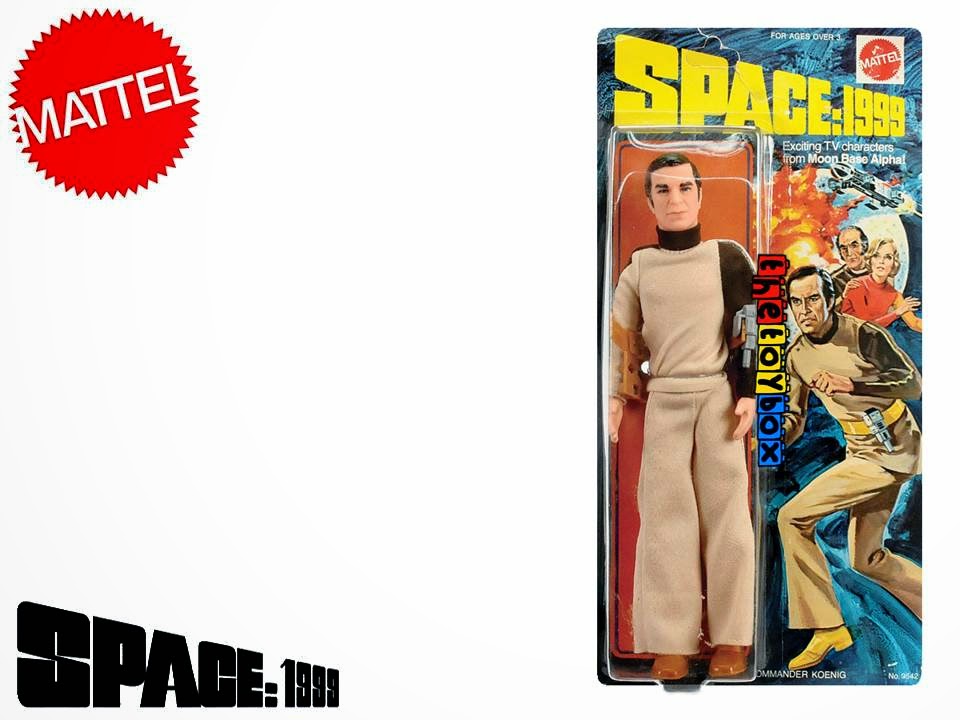 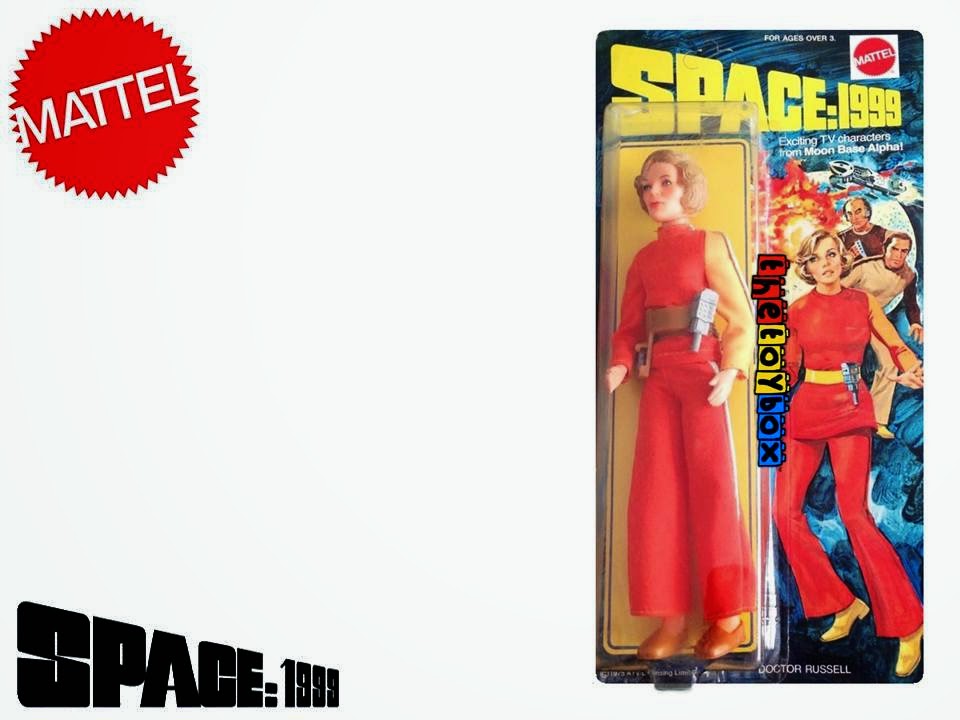 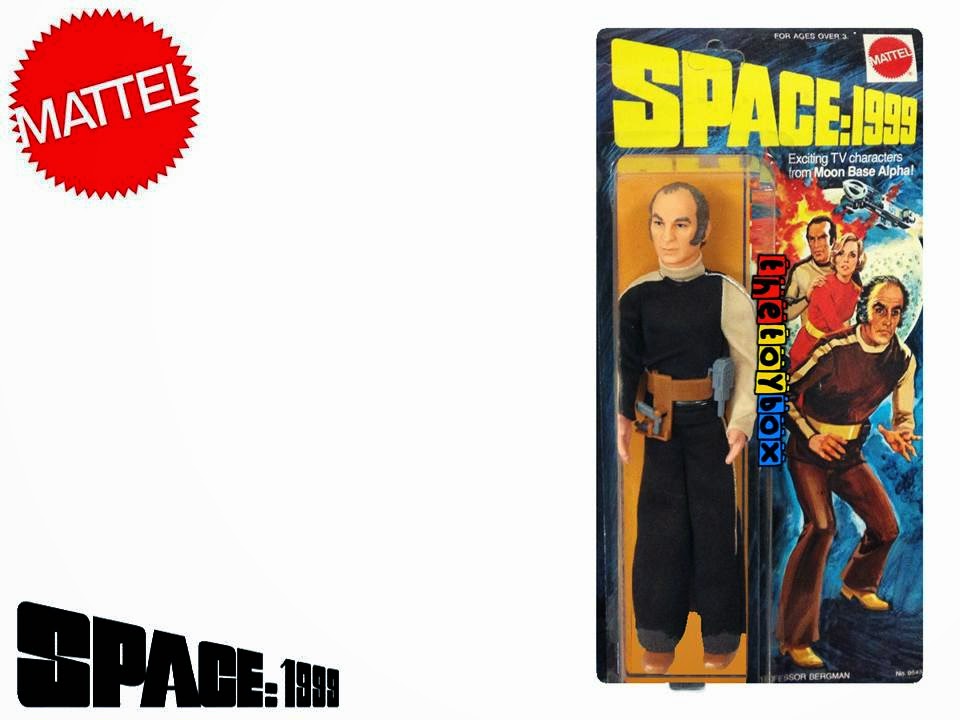 Professor Bergman
The series was rounded out with the Moon Base Alpha playset. 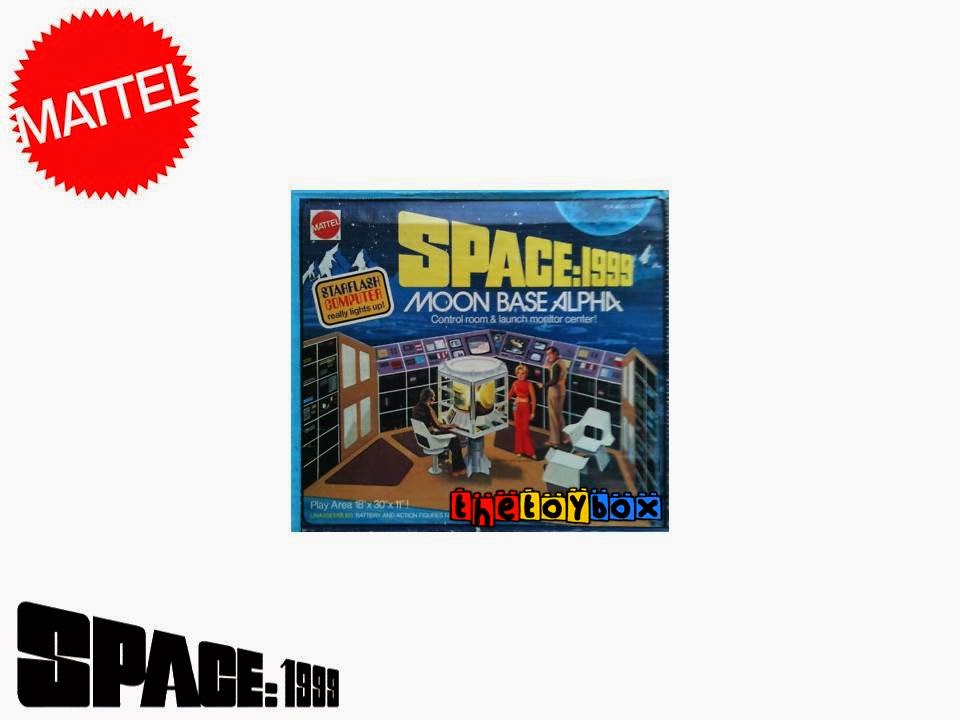 Moon Base Alpha Playset
An honorable mention to the series goes to the Eagle I Spaceship and Flying Eagle which were pieces that Mattel created that same year. Neither was designed to be incorporated into the 8 inch line of dolls.
The Eagle I Spaceship came packed in with a set of three smaller figures depicted in orange flight suits such as seen on the box art, and was a fun playset/vehicle combo.
﻿ 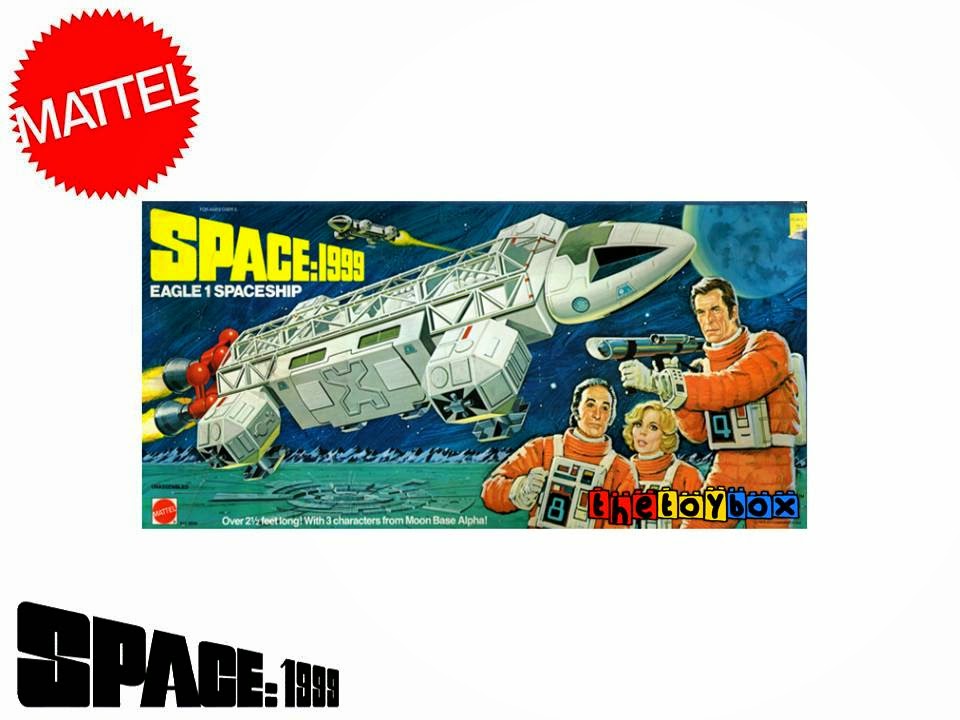 Eagle I Spaceship
Dubbed as one of the rarest and most valuable items in the series, the Flying Eagle. It was essentially a launching station with a propeller based Eagle I Spaceship which you would launch off of the station. If you're looking to track one down, be prepared to spend about $300.00 to $400.00. 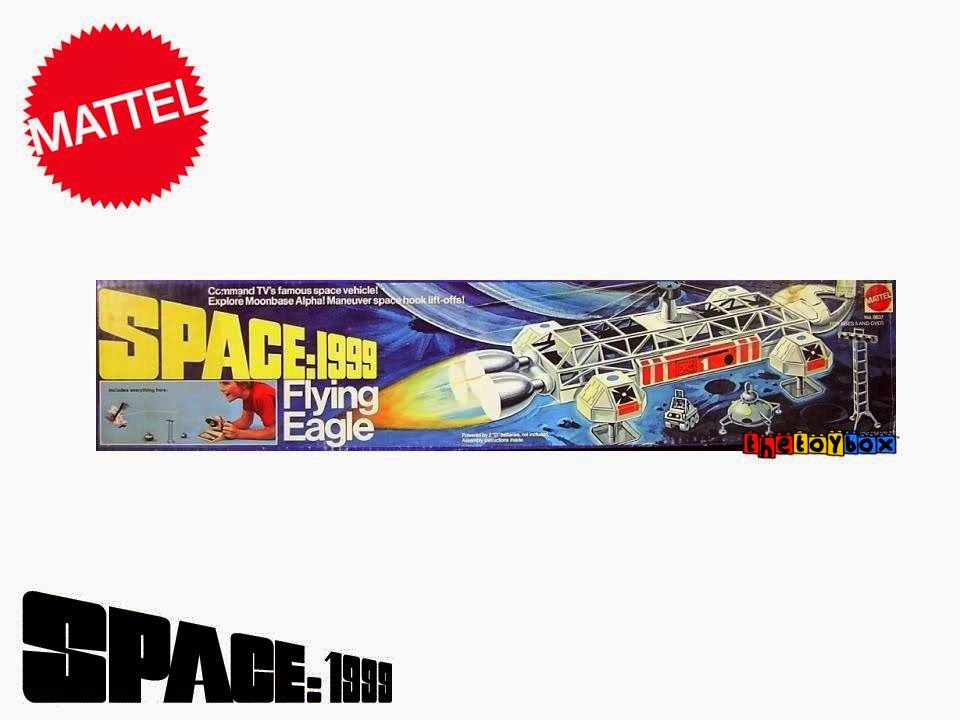 Join us next time when we take a look at Percy Jackson and the Lightning Thief!

Click "HERE" to go back to the home page. For more posts related to this one, please click the labels below.
Posted by The Toy Box on January 05, 2015
Email ThisBlogThis!Share to TwitterShare to FacebookShare to Pinterest
Labels: 1970's, Mattel, Space 1999