In the 70's, Mego pretty much had its hands in every toy line that they could - Well, with the exception of that one mistake not to nab the Star Wars license when it was first offered to them. Monsters, super heroes, movie characters, and more - They pretty much left no stone unturned.

Though there was no license procured for these figures between Mego, Errol Flynn and/or Warner Bros. Pictures, the figure for Robin Hood himself has a striking resemblance to the actor who played the leading role of the character in the 1939 Warner Bros. movie, The Adventures of Robin Hood. Intended, or a fortunate coincidence? You be the judge.

The figures are more so popular among Mego collectors today than they appear to have been when first released in 1974. Though they can be found in abundance, they're not necessarily cheap. Empty boxes sell for around $20.00, and mint in package figures fluctuate between $50.00 and $150.00. Unfortunately there's no real rhyme or reason for the variance in pricing suffice to say that it appears to be based on who's looking for them, and when. 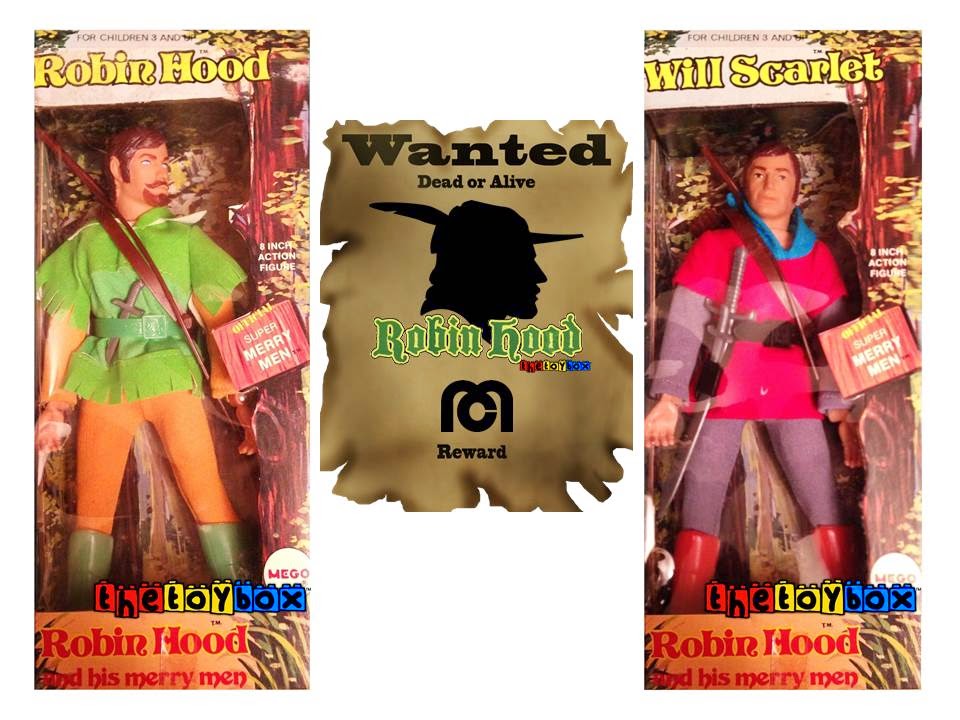 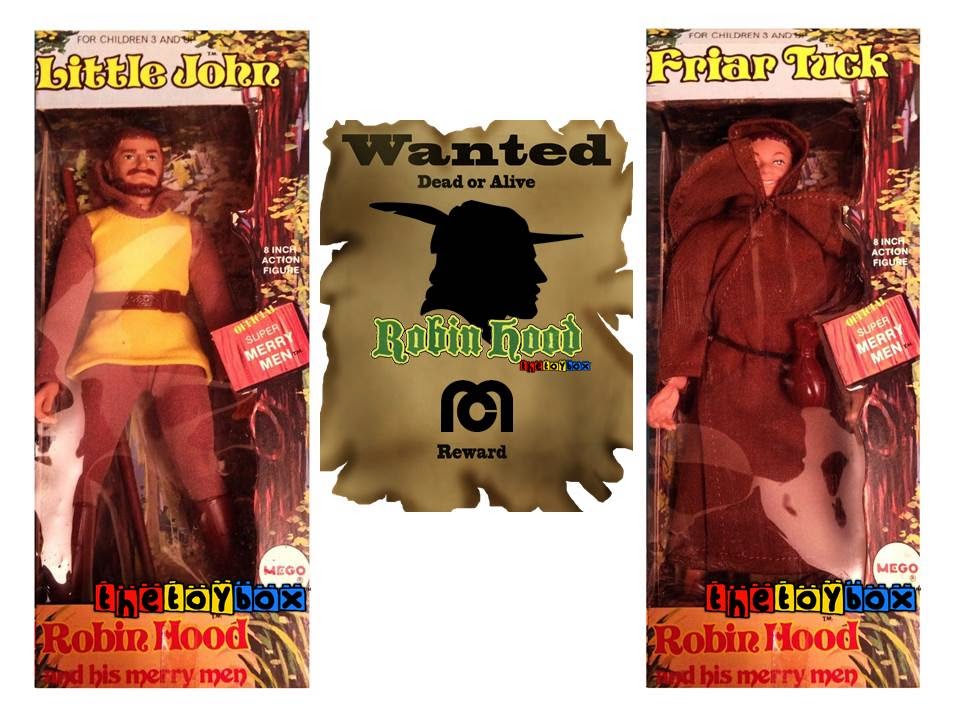 Click "HERE" to go back to the home page. For more posts related to this one, please click the labels below.
Posted by The Toy Box on January 01, 2015
Email ThisBlogThis!Share to TwitterShare to FacebookShare to Pinterest
Labels: 1970's, Mego, Robin Hood