Percy Jackson and the Olympians - The Lightning Thief (Jazwares)

Percy Jackson and the Olympians - The Lightning Thief
Jazwares
2009

Percy Jackson - The Lightning Thief is the title of the first novel from writer Rick Riordan, and as such is the first installment in the Percy Jackson and the Olympians series. The series became a massive success, and spawned a feature film of the same name. It is the film version that Jazwares licensed, and produced the based upon toys below.

We've never actually seen the film(s) or read the book(s), so our knowledge is unfortunately very limited on the subject of Percy Jackson. As such, we won't insult the fans of the series by talking out of our ears on the matter.

Four basic figures, one deluxe figures, and five two-packs encompass the entire line. However, there are differences between the various items. The basic figures stand at five inches tall, while the deluxe Hades figure stands at seven inches. The two packs are made up of two inch miniature figures. 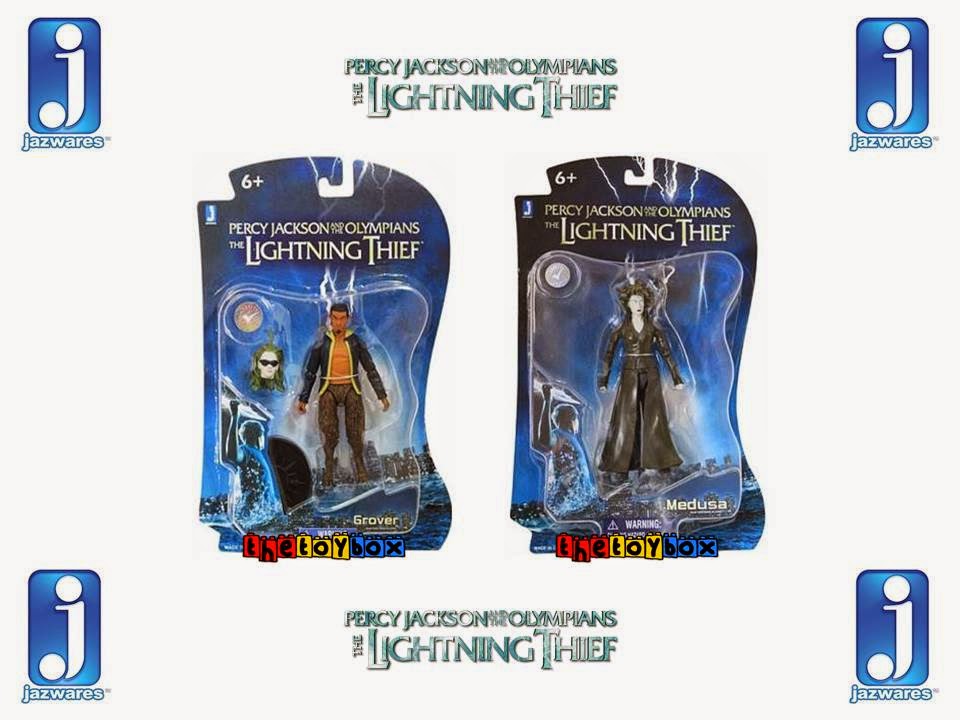 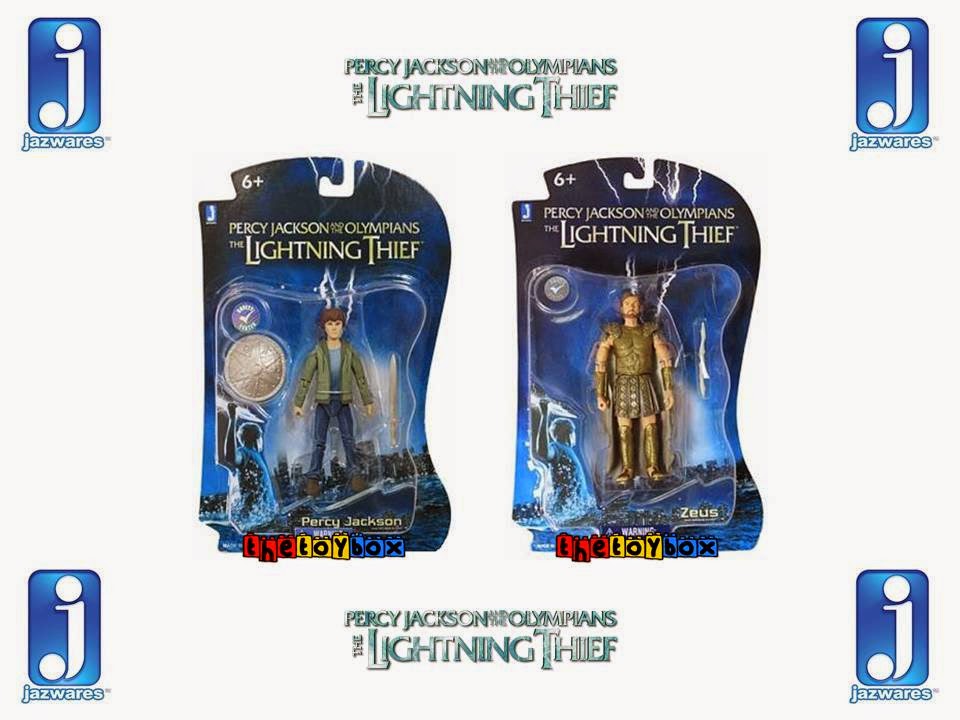 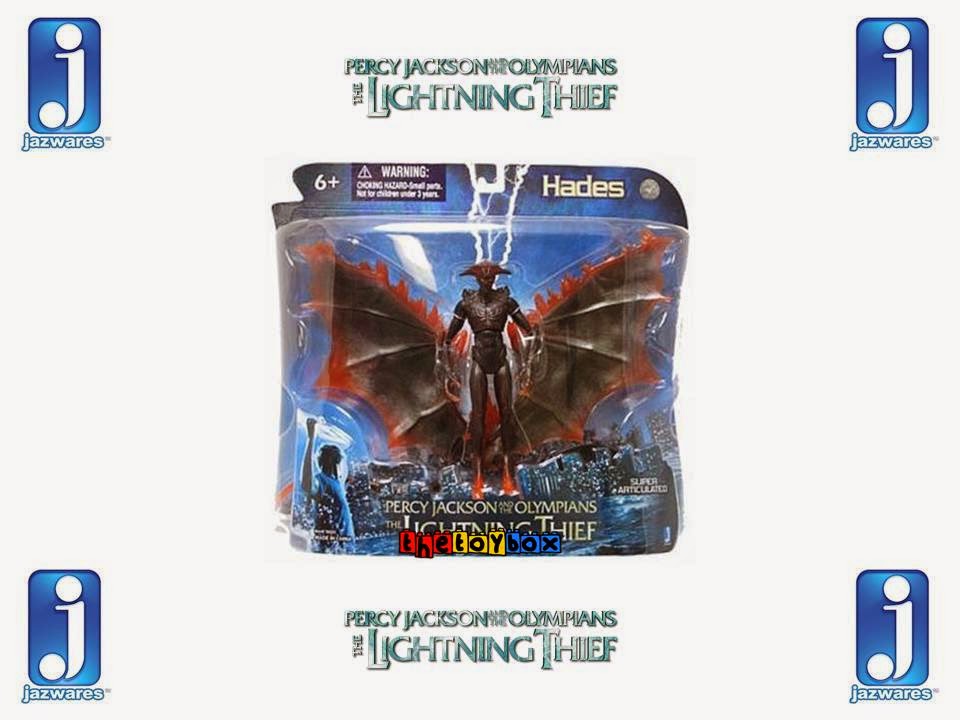 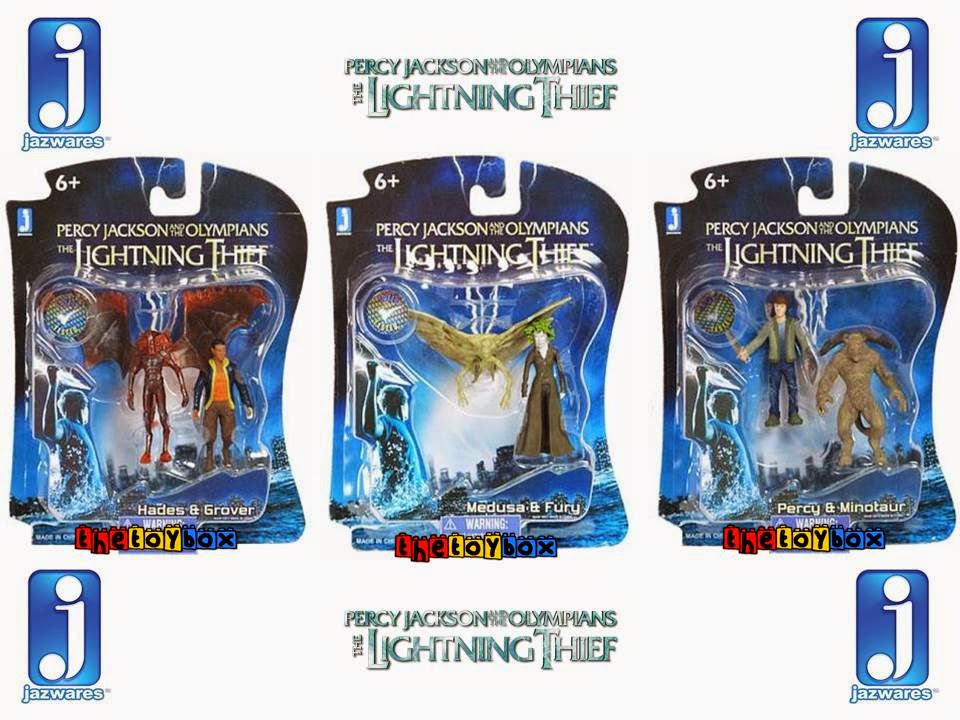 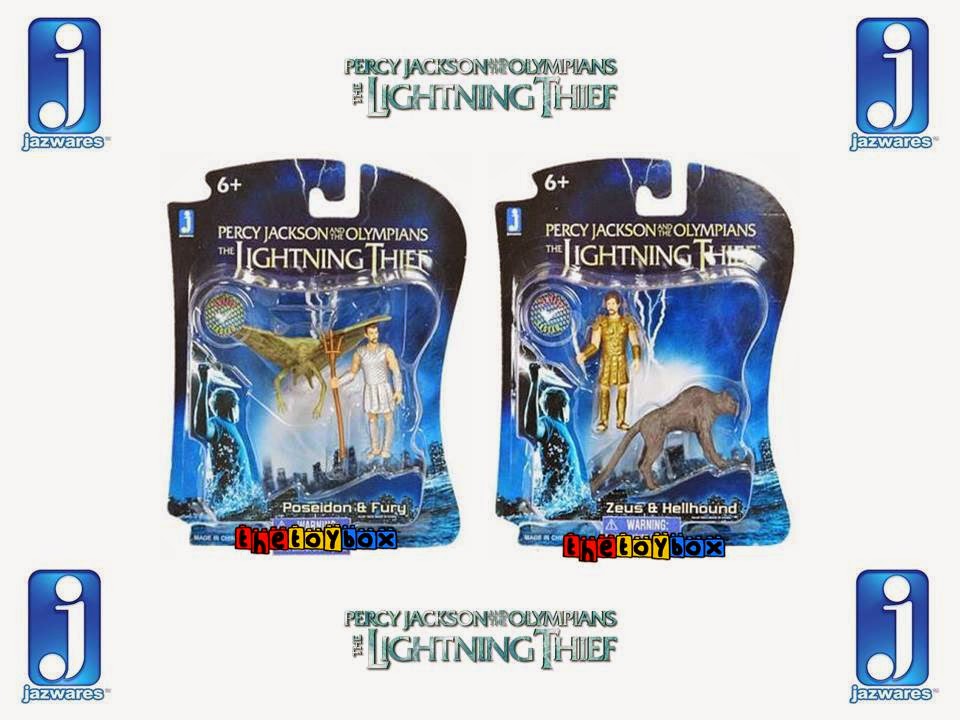 Poseidon and Fury*Zeus and Hellhound
Two final items produced for the series were the cosplay 24 inch plastic sword, and the very functional Lightning Bolt Pen.
﻿ 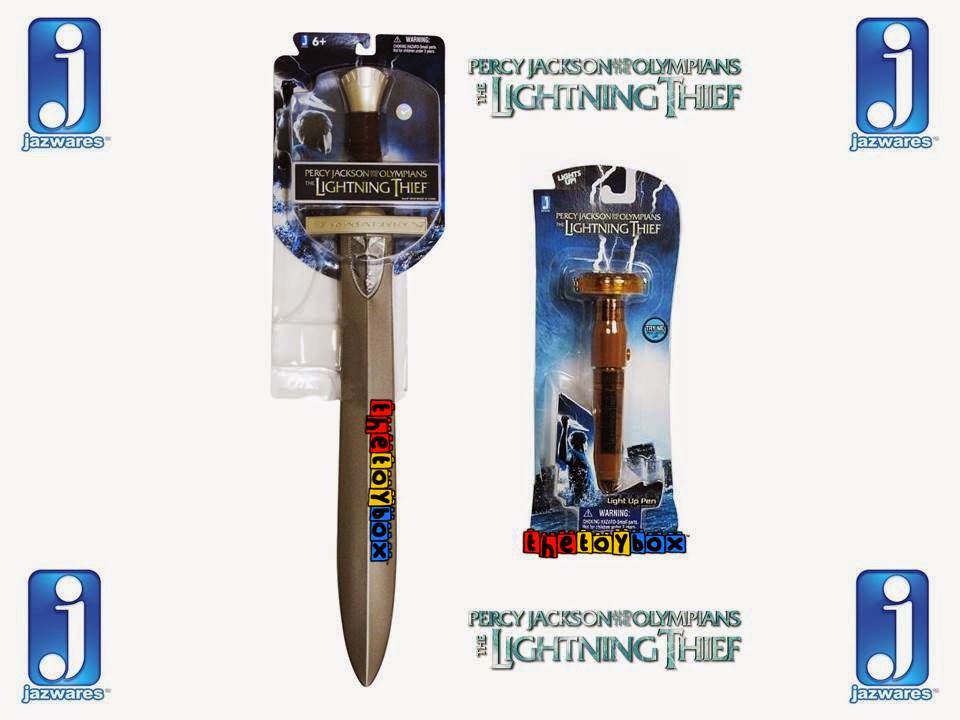 
Join us next time when we take a look at Underdog!

Click "HERE" to go back to the home page. For more posts related to this one, please click the labels below.
Posted by The Toy Box on January 08, 2015
Email ThisBlogThis!Share to TwitterShare to FacebookShare to Pinterest
Labels: 2000's, Jazwares, Percy Jackson, Percy Jackson and the Olympians, The Lightning Thief, The Olympians