We were going to wait, and post this much further down the road (sometime after January of next year). As such, we're sure we'll be updating this one as exclusives and deluxe sets start to hit shelves down the road - Such as they always tend to with this series.

There's not a whole lot we can really add in terms of text to this post that we haven't already said in our numerous Walking Dead posts. Fans of the television series and action figures will be happy to get their hands on this all new sixth series, as well as to hear that a seventh series is also planned.

If there was one thing we had to say was becoming a major disappointment with this series, it would be the oversaturation of Rick Grimes and Daryl Dixon figures. There's just too many of them! We get that they're the majority favorites of viewers, but the oversaturation of this character in toy form is a personal turnoff for us. With series six, and the upcoming series seven, it appears that Michonne will also be joining that list of characters that are being produced to abundantly. 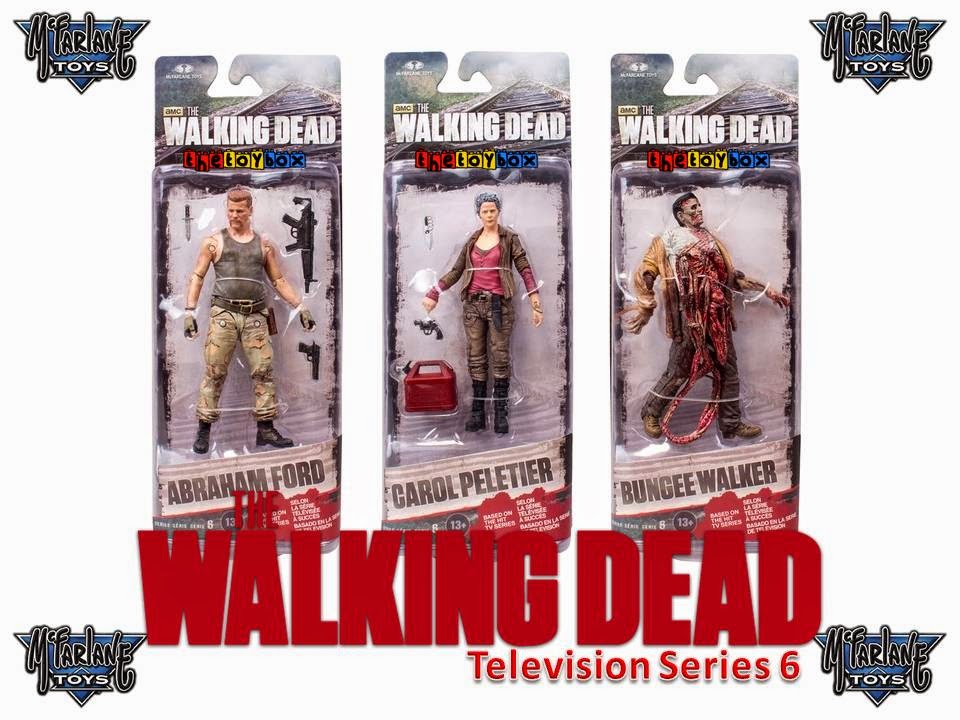 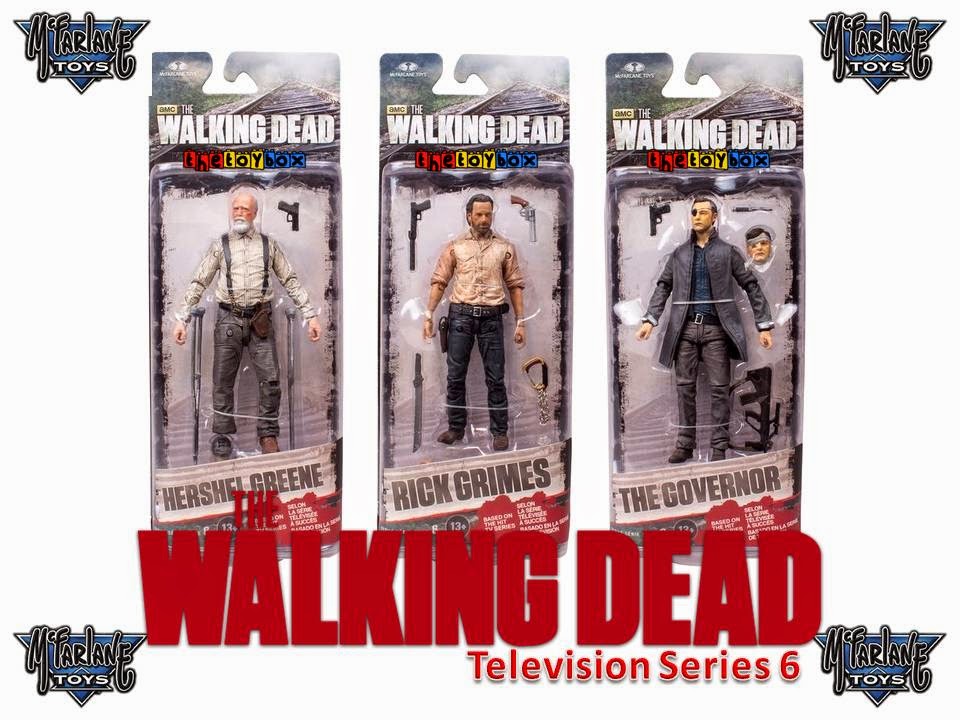 Hershel Greene*Rick Grimes*The Governor
For those of you interested in chasing exclusives, Walgreens will once again be offering them. This time around its nothing short of a re-release of figures already out there, and the series is rightfully entitled Flashback.
﻿ 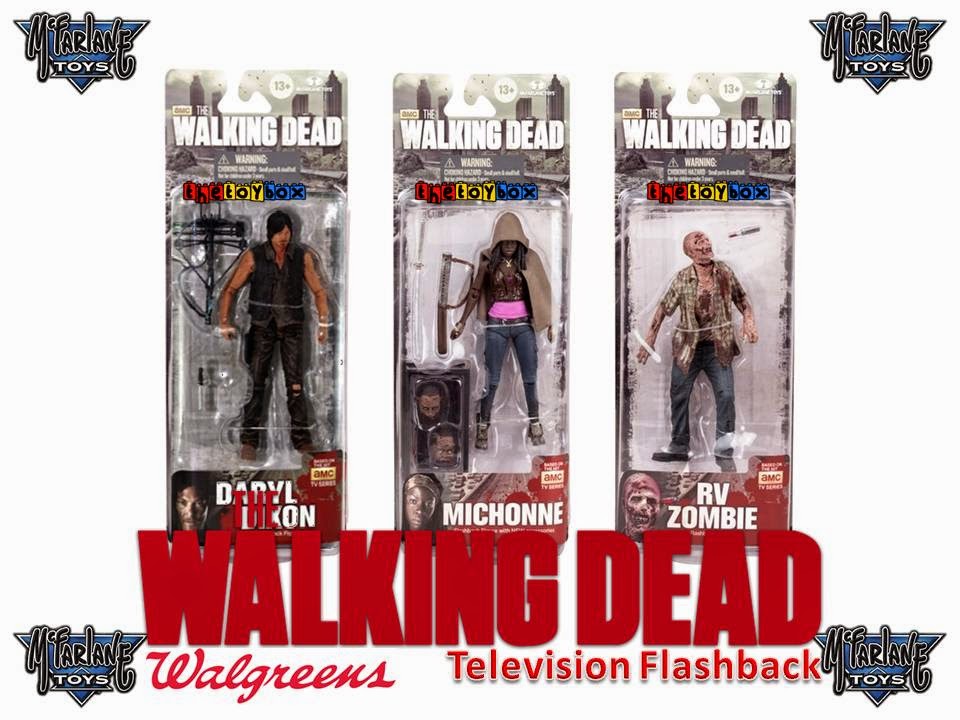 Daryl Dixon*Michonne*RV Zombie
As we said above, we'll update this post as deluxe sets and exclusives get announced/released if/when they are available.
Click "HERE" to go back to the home page. For more posts related to this one, please click the labels below.
Posted by The Toy Box on November 03, 2014
Email ThisBlogThis!Share to TwitterShare to FacebookShare to Pinterest
Labels: 2010's, Image Comics, McFarlane Toys, Robert Kirkman, Skybound, Television Series, The Walking Dead