Make no mistake, Dynomutt was the star when it came to the duo of him and BlueFalcon.

The character first made his debut on the segmented show, The Scooby-Doo/Dynomutt Hour. With popularity soaring off into orbit, after just two months the show was tweaked to add an additional half hour, and became the 90-minute Scooby-Doo/Dynomutt Show which is how it remained until the series end in September of 1977.

Dynomutt's claim to fame was that he was essentially a robot dog with extendable limbs a la the yet to be introduced, but probably inspired Inspector Gadget (1983) character. The character also had the ability to produce a seemingly infinite amount of gadgets and tools to help in any scenario. Dynomutt was the ultimate swiss army knife.

Though the Scooby-Doo/Dynomutt Show came to an end in 1977, the character was far from done with the Saturday morning cartoon scene. He would have a recurring role in Scooby's All-Star Laff-A-Lympics (1977-1978), and Scooby's All-Stars (1978-1979). During 1978, the character also returned in syndiacation under his own bannered show, Dynomutt, Dog Wonder.

In 2003, Toynami provided fans a great opportunity to get their hands on figures of the Hanna-Barbera dynamic duo. This very limited two pack came and went in the blink of an eye. It was sold out before many fans even knew it existed. 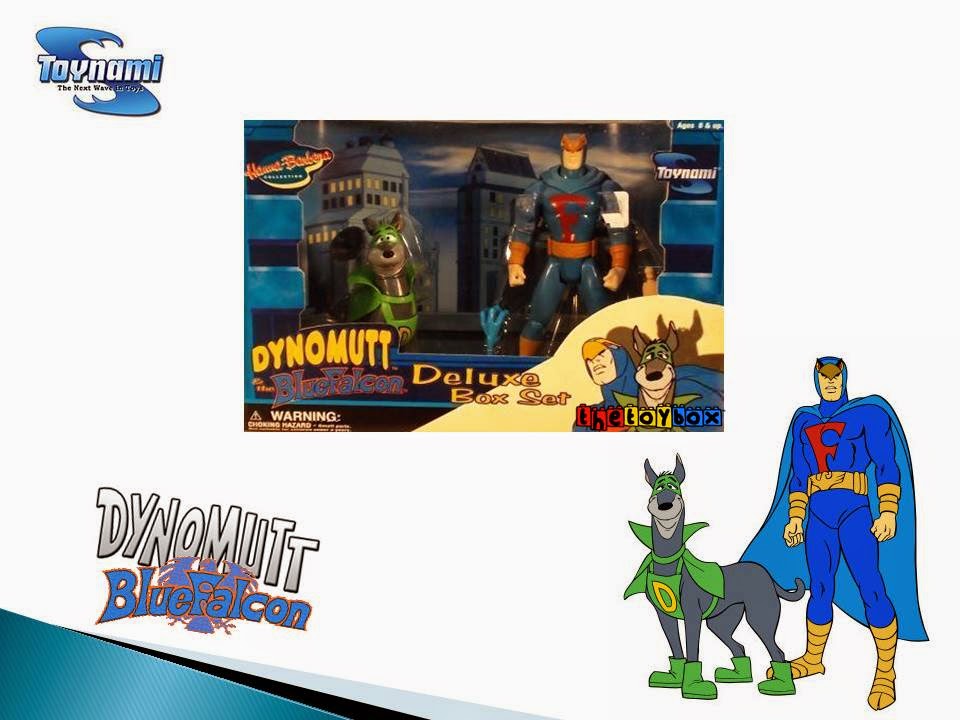 While not necessarily common, this can still be found on select secondary markets, but don't expect to get one if you're not willing to drop some cash. Mint in package sets have sold for $130.00 to $150.00.

Dynomutt and BlueFalcon weren't just limited to the cartoon scene. In 1977, Marvel Comics produced a fun read for fans in the six issue run of Hanna-Barbera's Dynomutt. 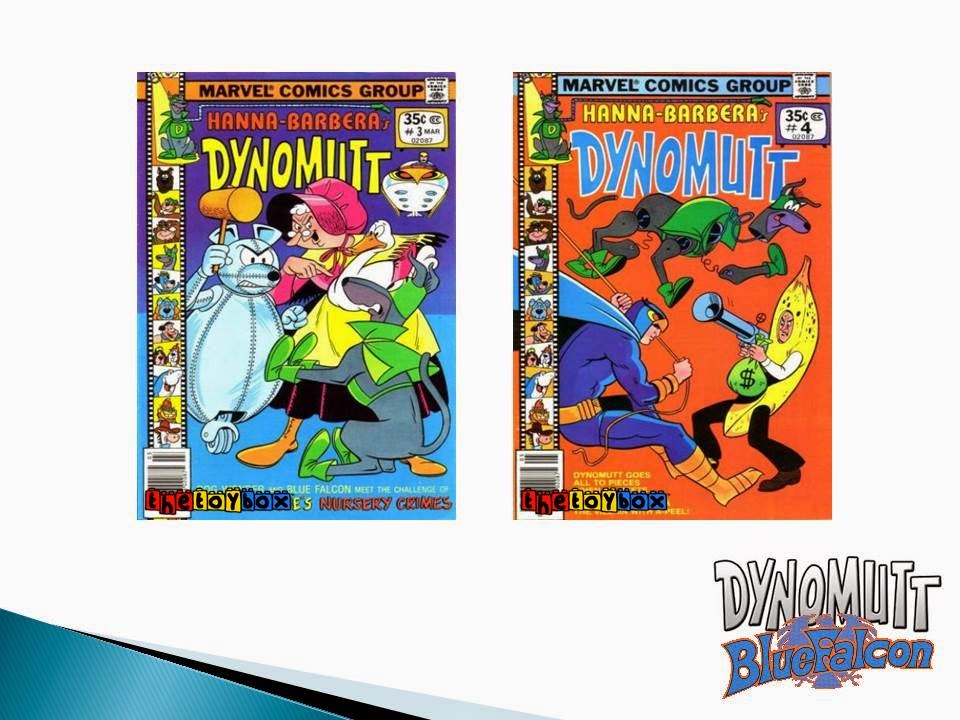 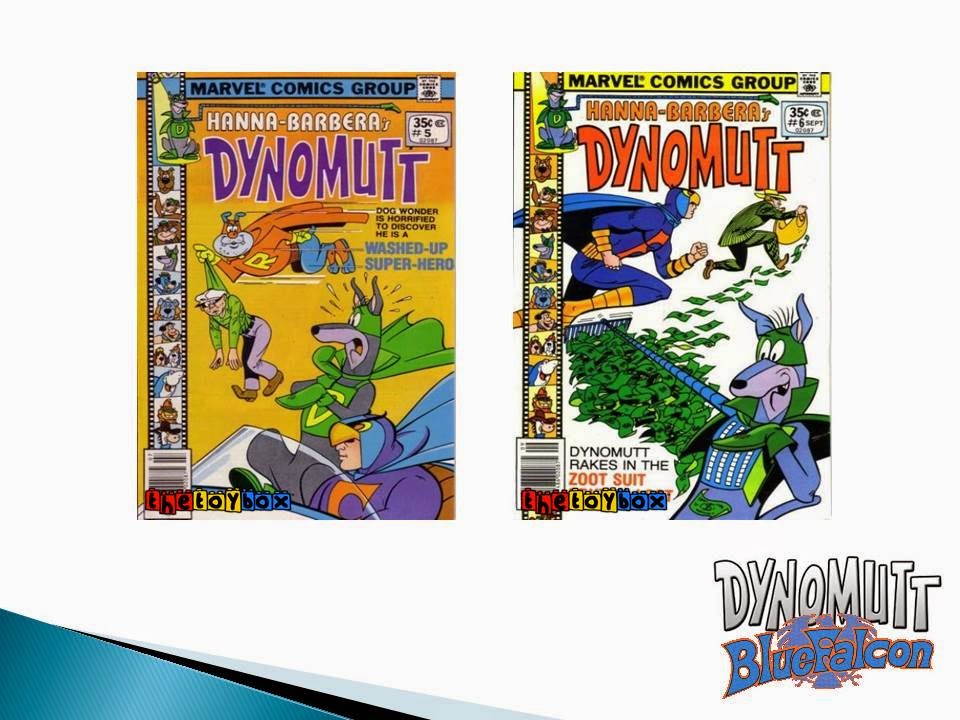 Join us next time when we take a look at !

Click "HERE" to go back to the home page. For more posts related to this one, please click the labels below.
Posted by The Toy Box on November 13, 2014
Email ThisBlogThis!Share to TwitterShare to FacebookShare to Pinterest
Labels: 1970's, 2000's, Blue Falcon, BlueFalcon, Dynomutt, Dynomutt and BlueFalcon, Hanna-Barbera, Hanna-Barbera's Dynomutt, Joseph Barbera, Marvel Comics, Toynami, William Hanna