Though the comic book series of figures had a slight stall there at the beginning, and as such hasn't covered as much ground as the television series, it's safe to say at this point that we're sure it will get there. 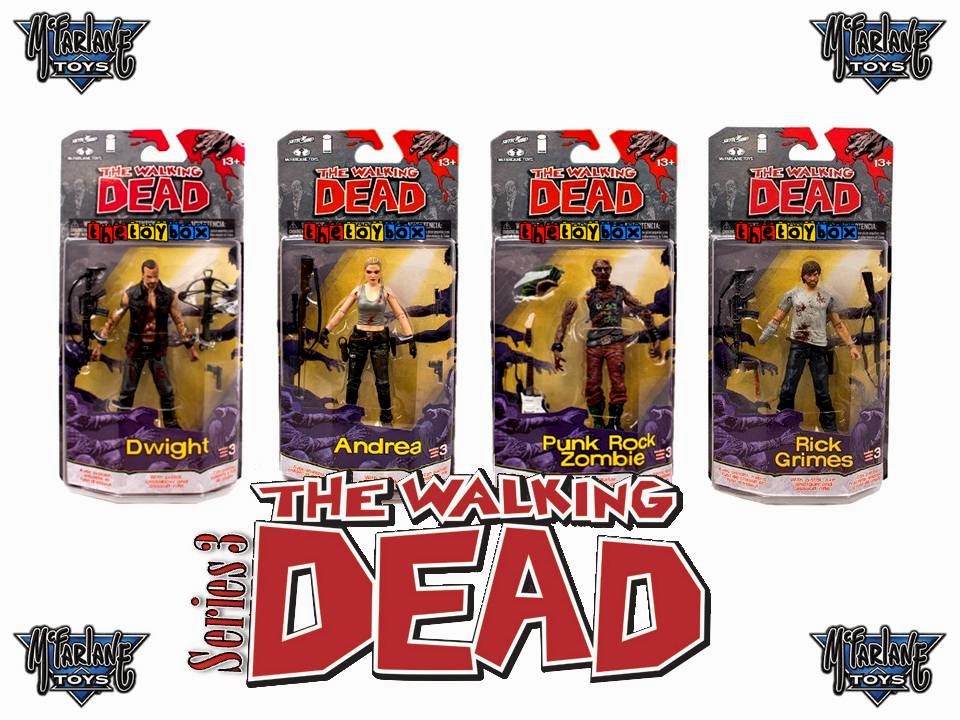 Dwight*Andrea*Punk Rock Zombie*Rick Grimes
Much like prior waves, this set also includes a bloody black and white pack which contains Rick Grimes and Andrea.
﻿ 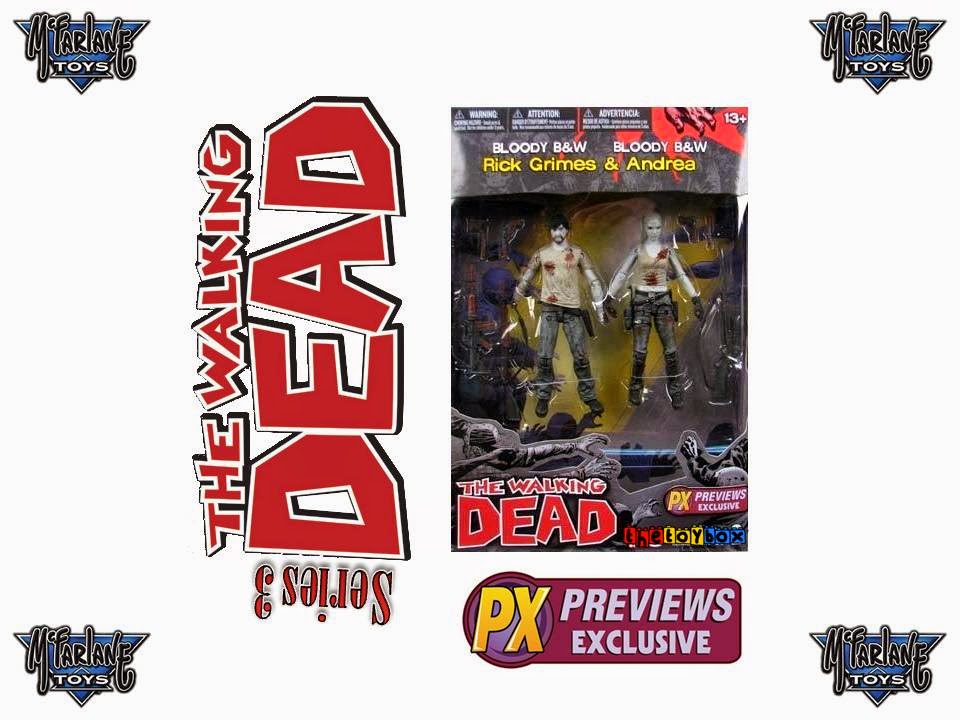 Typically with the comic book series there aren't a whole lot of offerings once an initial wave such as this hits, so don't expect to see anything else until series four comes about.
Click "HERE" to go back to the home page. For more posts related to this one, please click the labels below.
Posted by The Toy Box on November 03, 2014
Email ThisBlogThis!Share to TwitterShare to FacebookShare to Pinterest
Labels: 2010's, Comic Book Toys, Image Comics, McFarlane Toys, Robert Kirkman, Skybound, The Walking Dead