The Expendables was a dream come true film for action movie fans of the 80's and 90's. Where else would you get Sylvester Stallone, Jason Statham, Jet Li, Dolph Lundgren and Mickey Rourke all at the same time? Throw on top of that wrestling superstars Randy Coutoure and Steve Austin, and the film only rounds out even further. However, even if that wasn't enough, toss in a couple cameos from the likes of Bruce Willis and Arnold Schwarzenegger. Now what kind of movie do you have going on?

Okay, cast aside, the film received mixed reviews praising it for its action sequences, but condemning it for its paper thin story. When you pull it apart, the film was what it was expected to be - An outing of our favorite action stars of yesterday all under one roof. Did it really plan on being anything more than that? Probably not. It was probably sold on actors alone.

Despite the power house cast, toy companies didn't seem to interested in marketing products to coincide with the film. MiniMates produced an incredibly small batch of tiny figures based on a few of the characters, however out of the two sets produced, one was a Toys R' Us exclusive. 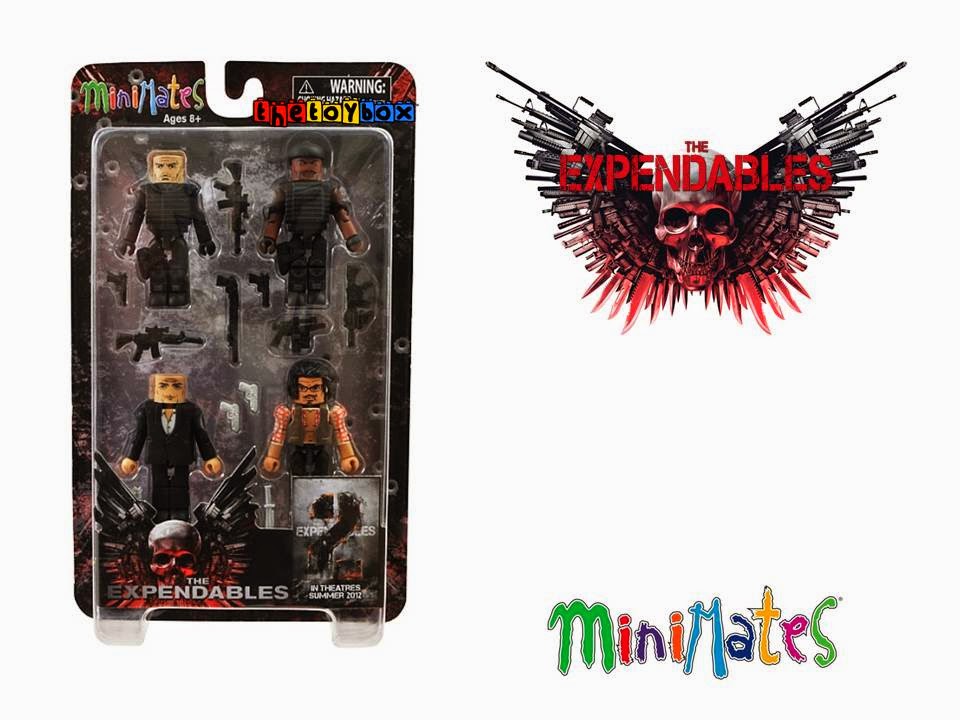 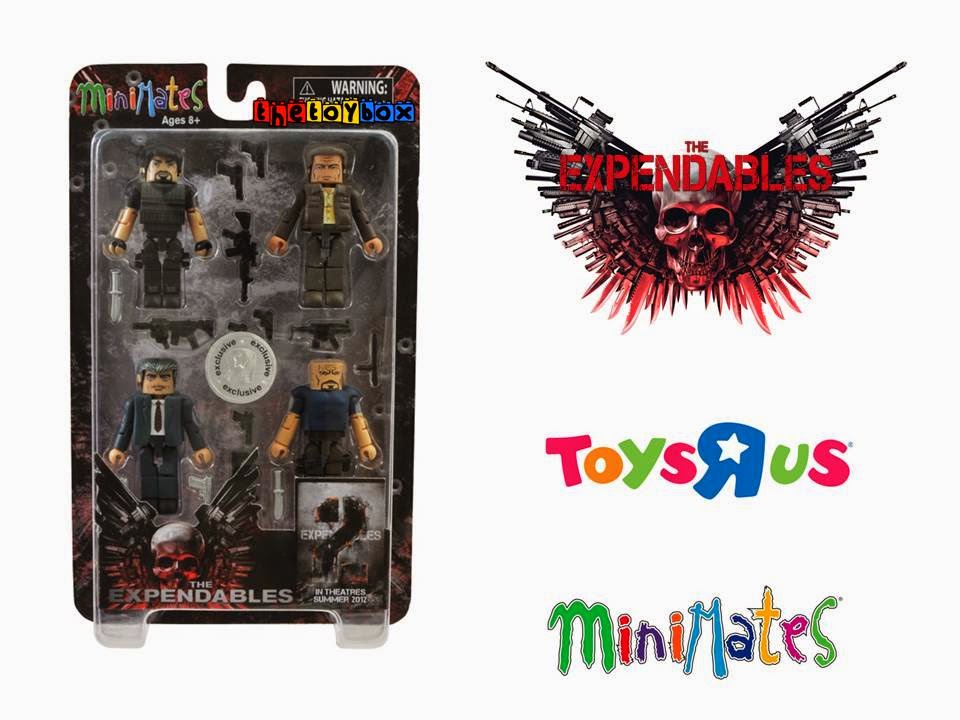 Expendables 2 upped the anit with the returning cast of Sylvester Stallone, Jason Statham, Jet Li and Dolph Lundgren by also throwing in Chuck Norris, Jean-Claude Van Damme, and full inclusion from Bruce Willis and Arnold Schwarzenegger. Once again critics praised the cast, and tore the plot and dialog to shreds.

MiniMates once again followed up with two packs of figures, with one again being a Toys R' Us exclusive. 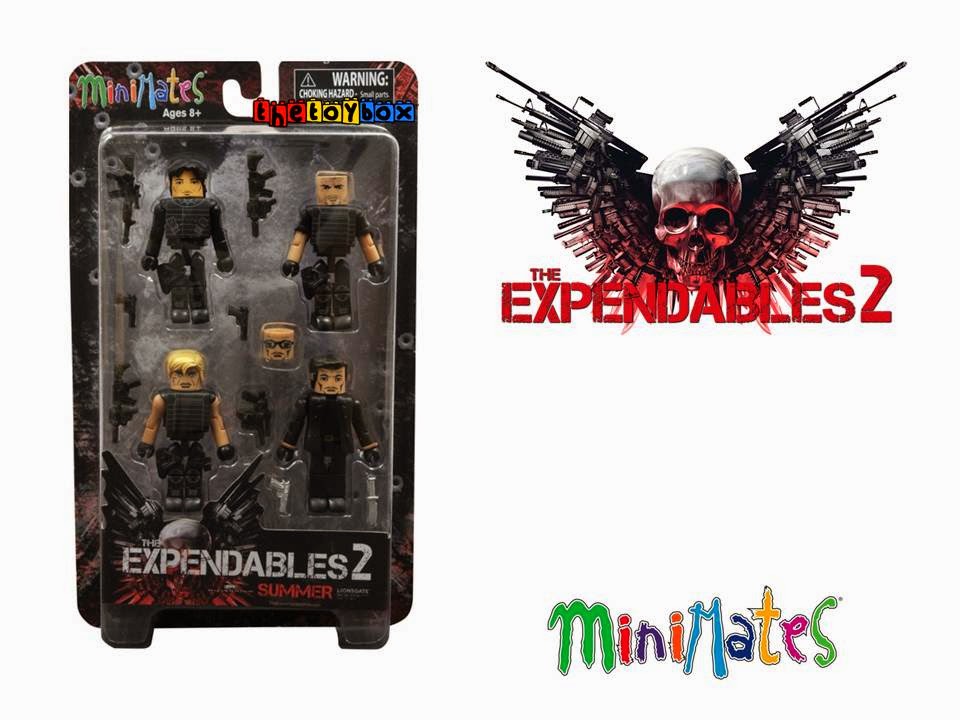 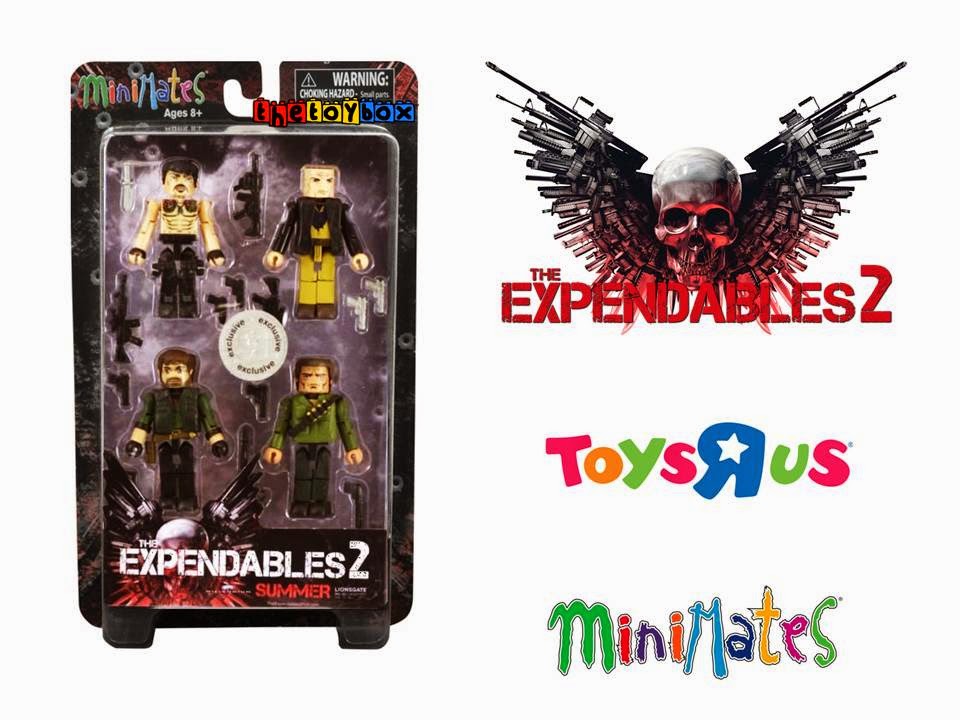 
A third Expendables film was released in August of 2014, but its box office profits were far from what the prior films saw. Regardless, a fourth film is rumored to be in the works.
These days it's not difficult to find any of the packs above, and with each set ranging between five dollars and ten dollars, it's also not difficult to grab them all at a reasonable price. Whether prices stay this low for the foreseeable future is another story.
Join us next time when we take a look at The Fall Guy!

Click "HERE" to go back to the home page. For more posts related to this one, please click the labels below.
Posted by The Toy Box on November 17, 2014
Email ThisBlogThis!Share to TwitterShare to FacebookShare to Pinterest
Labels: 2000's, Diamond Select, MiniMates, The Expendables