The question of the day - Is Birdman more popular for his superhero adventures, or his attorney at law years?

Birdman got his start in 1967 when creator Alex Toth produced a series for Hanna-Barbera known as Birdman and the Galaxy Trio. The series ran as a Saturday morning cartoon until 1969, and featured three segments, two for Birdman, and one for The Galaxy Trio.

After the Saturday morning cartoons ended, Birdman went somewhat dormant. Though the cartoons were aired in re-runs, the character never really garnered as much popularity as it did in its original run.

Cartoon Network hits the airwaves with its channel dedicated strictly to showing cartoons. It's every kid and kid at heart's dream come true station. With it came all the great cartoons that many adults grew up with such as Looney Tunes, The Flintstones, and yes, even Birdman and the Galaxy Trio. Sadly though all these great shows helped to put the Network on the map, the heads of the station soon started looking at new concepts for shows, and slowly started dropping these classics from their daily lineup.

Soon shows such as Dexter's Lab, The Power Puff Girls and I Am Weasel were the headliners for the network, bringing in a new era of animation for kids. Though many of these new shows took off in popularity, the classic characters wouldn't be forgotten. Instead they would be retooled to incorporate them in to all new concepts such as Space Ghost Coast to Coast, The Brak Show, Sealab 2021 and Harvey Birdman Attorney at Law. These new concepts/shows were met with praise from fans of the characters, and also new fans who tuned in each week.

Though many young adults of this era may only know the characters for their latter iterations, we old timer's had the privilege to see these characters develop from their origins to who they are today, and though we (maybe not all of us) can appreciate these new versions for what they are, still have a certain fondness for who they were.

Toynami gave us a bit of that nostalgia in 2003 when they released a two pack of the original Birdman and Avenger in a deluxe box packaging. The only downside to this was that they did it in an incredibly limited run. This left many fans unable to find them on store shelves, and scalpers running rampant on secondary markets. 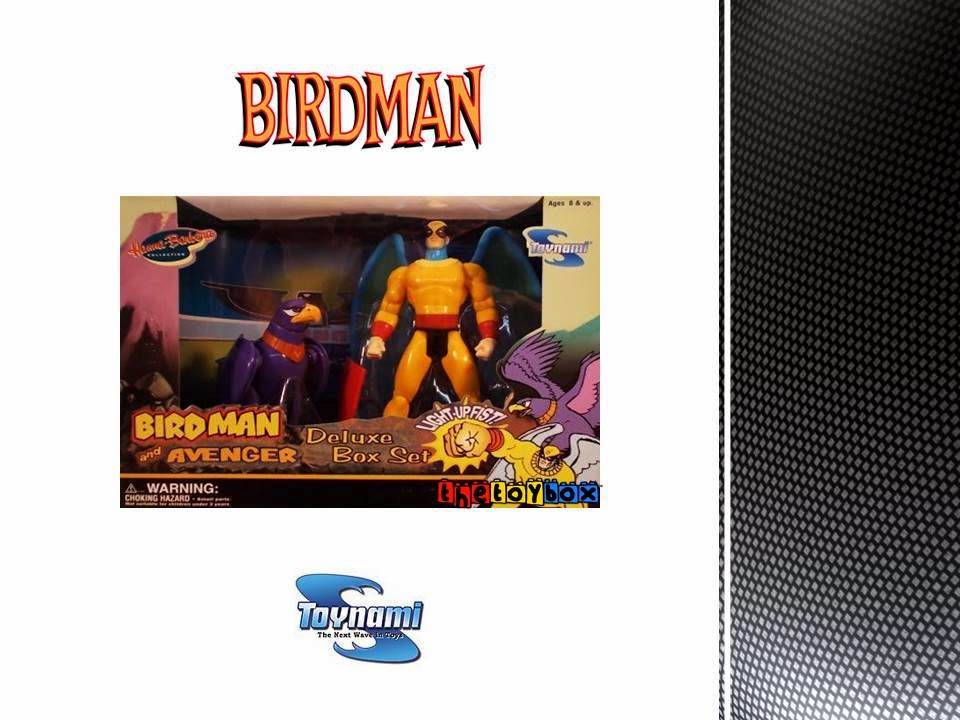 Birdman and Avenger
These days it's still not easy to find this set, and those selling them on sites such as ebay are trying to sell them for around $125.00 to $150.00. Ouchy! However, $60.00 to $100.00 seems to be more around the actual amount that people are willing to pay for this.
***BONUS***
Hanna-Barbera Super TV Heroes
Gold Key
1968
Between the three year run of the animated series Birdman and the Galaxy Trio, Gold Key comics launched a series entitled Hanna-Barbera Super TV Heroes which ran for seven issues. Each issue consisted of four to five stories, each focusing on a different character/team. 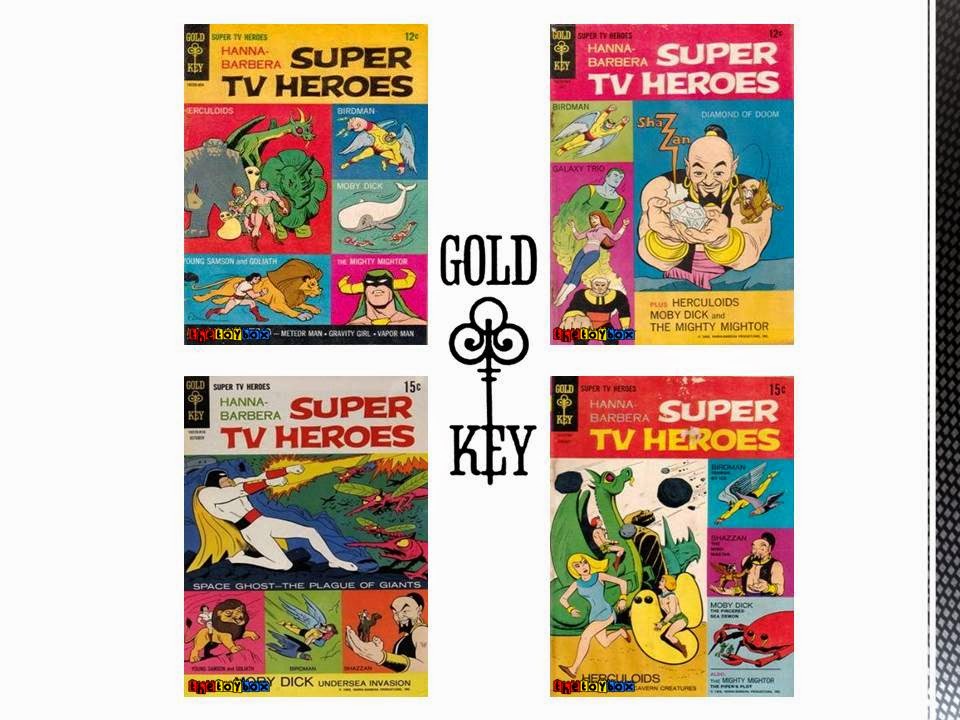 Don't start seeing dollar signs if you're looking to buy or sell these books. While you would think that such a classic comic book with all these fantastic characters would put you in a mansion (seller) or the poor house (buyer), the truth is that you can nab up each issue in near mint condition for $15.00 to $20.00 each. Even better is that they're all pretty readily available from comic book dealers who specialize in 1960's/1970's comics, and even on ebay. Though when it comes to comic books we highly suggest buying from reputable dealers who let you inspect the book prior to purchase.
Join us next time when we take a look at Coneheads!

Click "HERE" to go back to the home page. For more posts related to this one, please click the labels below.
Posted by The Toy Box on November 06, 2014
Email ThisBlogThis!Share to TwitterShare to FacebookShare to Pinterest
Labels: 1960's, 2000's, Avenger, Birdman, Birdman and Avenger, Gold Key, Hanna-Barbera, Harvey Birdman Attorney at Law, Joseph Barbera, Toynami, William Hanna