The Authority is a series created by Warren Ellis and Bryan Hitch, which is/was published under DC Comics Wildstorm banner. The adventures surround a group of superheroes which were initially created by Ellis for the Image Comics series Stormwatch.

Unlike your typical superhero team, The Authority are willing to do anything necessary to get the job done. It featured many characters over its many iterations, to and include the original line up of characters, Jenny Sparks, Apollo, Midnighter, The Doctor, The Engineer, Jack Hawksmoor and Swift. Though some of the original characters would stay consistent in the series, as the years went on new faces appeared, some replacing other characters.

Unfortunately for The Authority, the series could never gain a strong foothold in comic form. Though it's no surprise considering that the only reason the characters thrived under the Image banner was because the staff at Wildstorm enjoyed reading the Stormwatch series, and wanted to keep Ellis employed. Beyond that, the books weren't selling all that well to actual fans outside of the company. As a result, it's easy to understand why when volume one hit stands in 1999 that it was met with lackluster enthusiasm from the comic reader community, and only seemed to roller coaster up and down through its following 2nd, 3rd and 4th volumes. It didn't help matters much that there was little to no consistency in when books were released, particularly with the 4th volume.

Prior to volume one, DC Direct released a handful of figures based on the characters. Sadly, much like the comics, the figures were met with little enthusiasm. As a result, only four figures made it to store shelves; Jenny Sparks, Apollo, The Engineer and Midnighter. It's not that the figures were bad, it was just that nobody was reading Stormwatch or The Authorit, so naturally there was not much of a fan base that was interested in the figures. 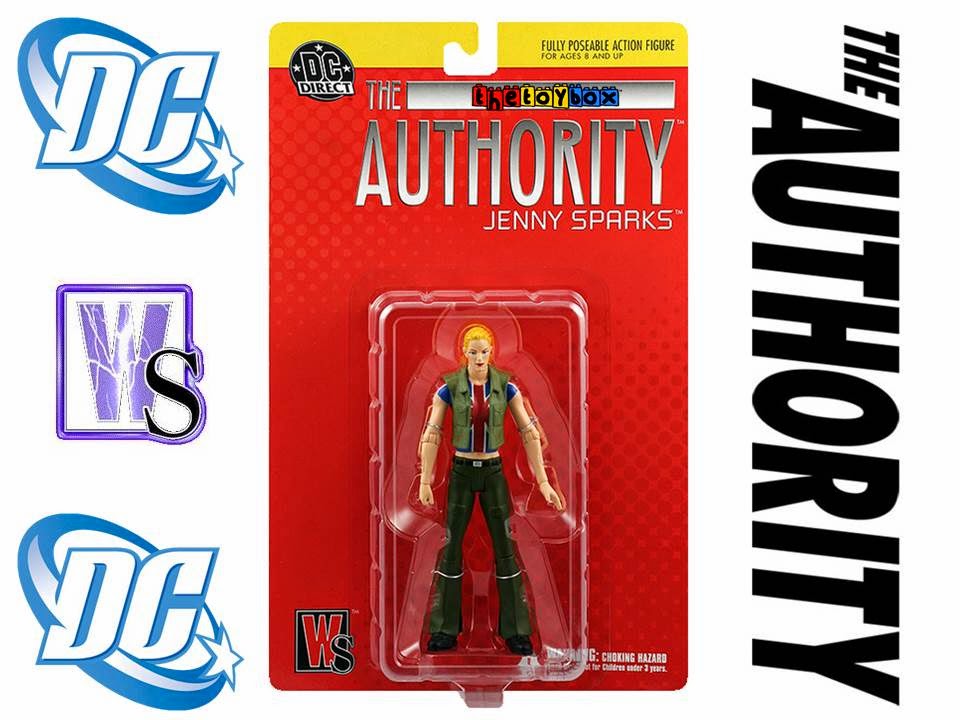 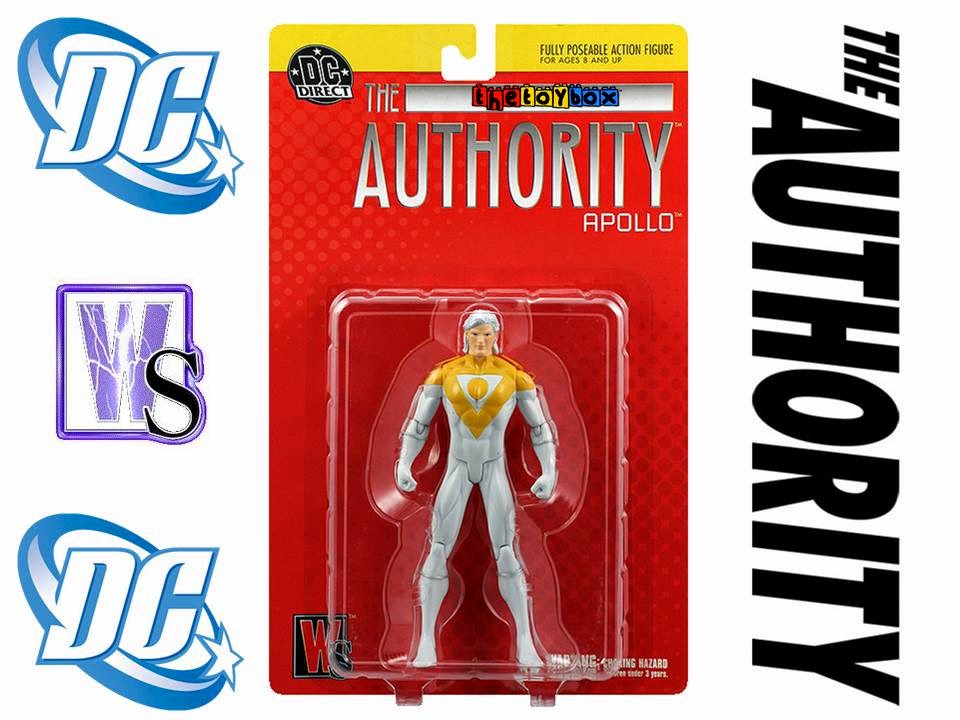 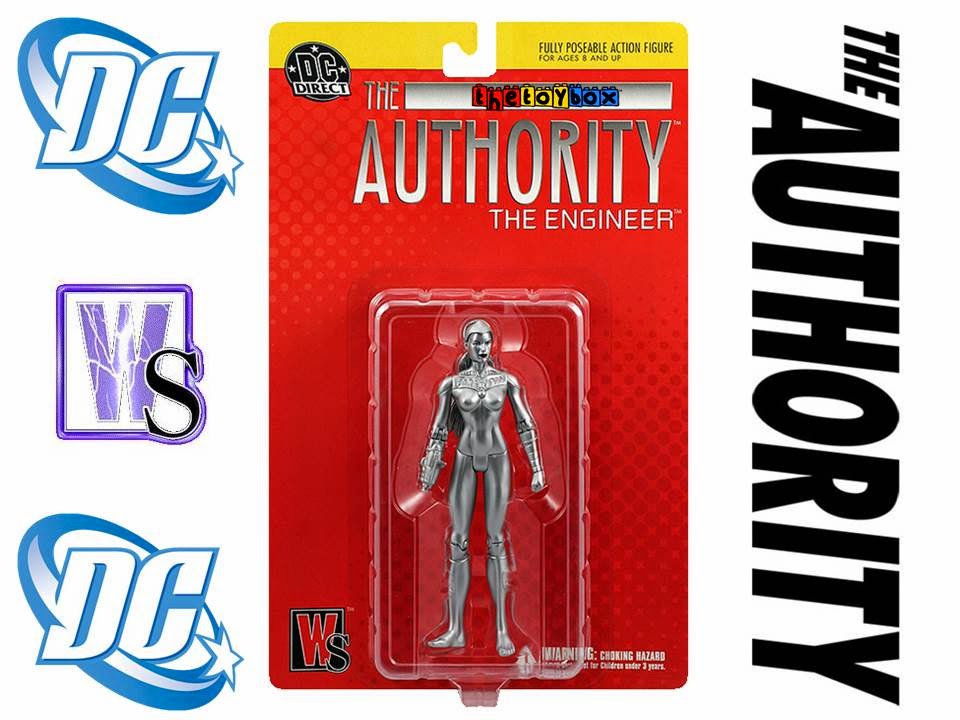 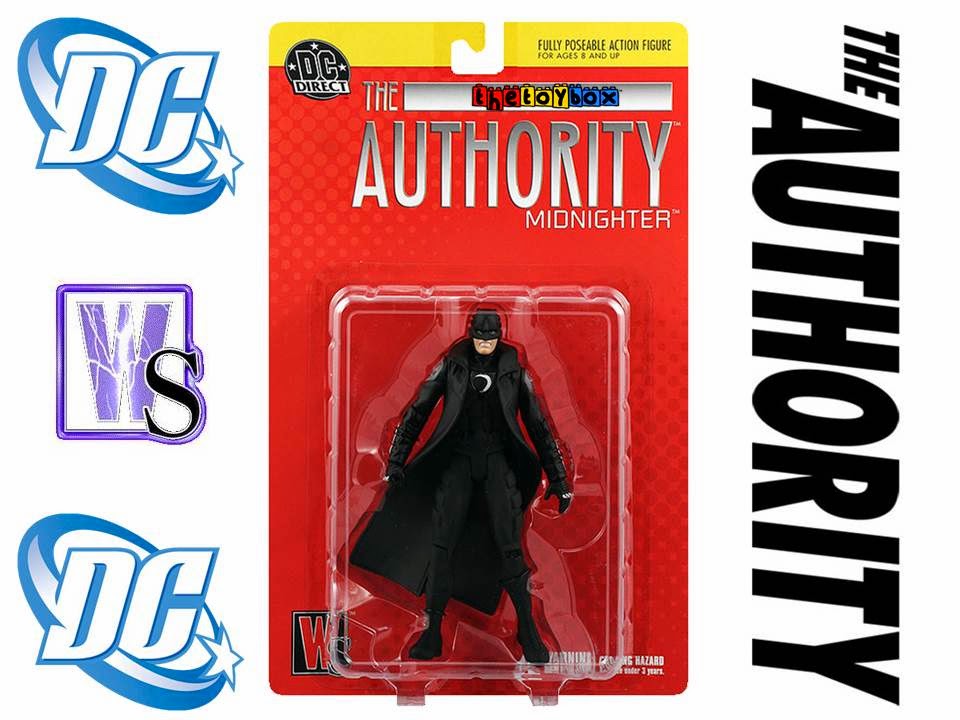 It's no surprise that secondary markets for these figures is pretty much non-existent. They're readily available, but they just don't sell all that often, and prices fluctuate all over the place making it difficult to pinpoint any firm numbers in terms of value. We've seen carded figures go for as little as $5.00 one day, and then $30.00 on another. Though we wouldn't recommend trying to hold off for the latter number if you're personally trying to offload these figures. Especially if you want a sale any time soon.

Join us next time when we take a look at Birdman!

Click "HERE" to go back to the home page. For more posts related to this one, please click the labels below.
Posted by The Toy Box on November 03, 2014
Email ThisBlogThis!Share to TwitterShare to FacebookShare to Pinterest
Labels: 1990's, DC Direct, The Authority