Lee Majors was Colt Seavers. Hollywood film stunt driver by day, and bounty hunter by night. This is the type of stuff that TV show fans of the 80's ate up! TV shows stuffed with explosions, wrecked cars, and over the top leading men who oozed just as much sex appeal as their female co-stars. 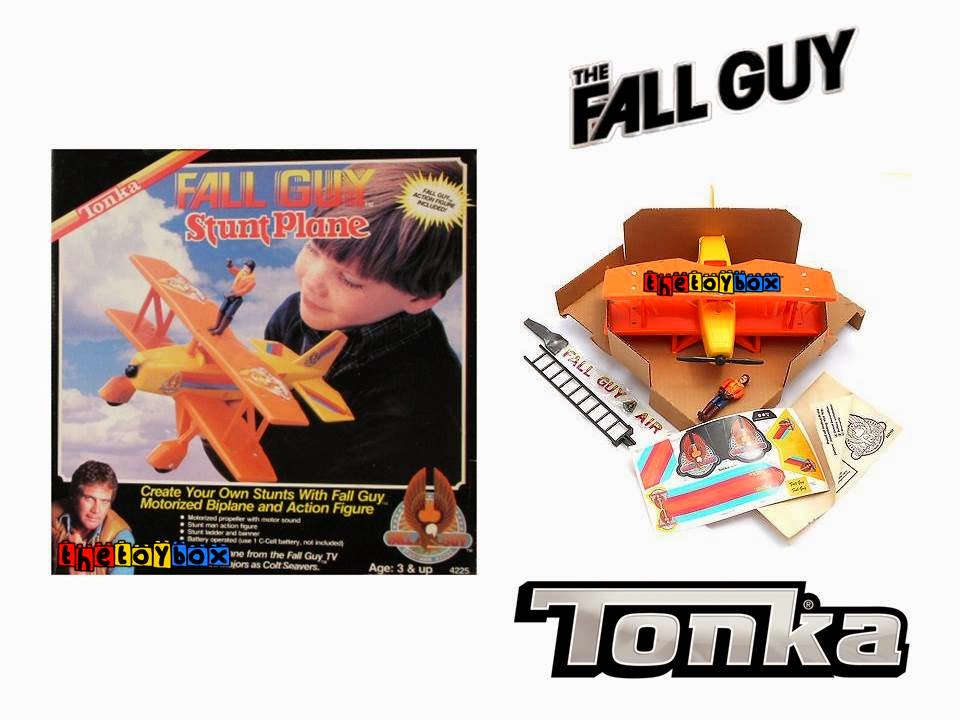 The Fall Guy ran for five seasons over the course of 1981 to 1986, and never deviated from its main premise. Each episode would start with a stunt being performed on a Hollywood set, where shortly after Seavers would receive his next assignment. Of course no assignment ever involved just going to the suspects house, knocking on the door and taking him in. Nope, instead each time it unraveled into a deeper mystery with these would be criminals turning out to be mastermind criminals or simply one step ahead of our hero.

In 1983, Tonka produced one of the very few toys based on the series. The Stunt Plane with Colt Seavers figure. The toy itself is a great design, but for its time wasn't a big seller. These days, we can certainly appreciate it more, and absolutely love the plastic streamer you can attach to the back of the plane which reads "Fall Guy Air Show".

Find in a mint in package plane these days is pretty hard to do. They show up occasionally, but typically don't sell because the sellers are asking too much for them. Most of the buyers we've seen are willing to spend about twenty bucks on a mint in package version - About half of what most people are asking for them. Loose planes sell for as low as $5.00, but this typically doesn't include the figure or plane accessories such as the streamer.


Join us next time when we take a look at G.I. Joe!

Click "HERE" to go back to the home page. For more posts related to this one, please click the labels below.
Posted by The Toy Box on November 20, 2014
Email ThisBlogThis!Share to TwitterShare to FacebookShare to Pinterest
Labels: 1980's, Lee Majors, The Fall Guy, Tonka