It rarely works out when you take a three to five minute Saturday Night Live sketch and convert it into a ninety minute movie. Very few SNL sketches have been able to find success on the big screen, and most typically go on to have cult followings, but not necessarily be memorable iconic films. Coneheads was no exception to this rule.

The 1993 film was seen as a desperate attempt by cast and crew to grab a piece of the tail end success of Waynes World, and springboard into a non-related series of SNL character based films. Sadly while more films came such as It's Pat, Stuart Saves His Family and Superstar, most of them were critical flops with the same problem being sited over and over - One-note characters and plots stretched thin over a feature length period.

It was rather interesting to see Playmates Toys release a line of figures to coincide with the film in 1993 considering they were still pushing the ever popular Teenage Mutant Ninja Turtle toys out in mass quantity. Coneheads wasn't exactly a line that the company needed to stay afloat in the toy isle, and it certainly didn't help them in any way.

Much like the film, the series of toys saw little to no success. Only six figures were produced in total. 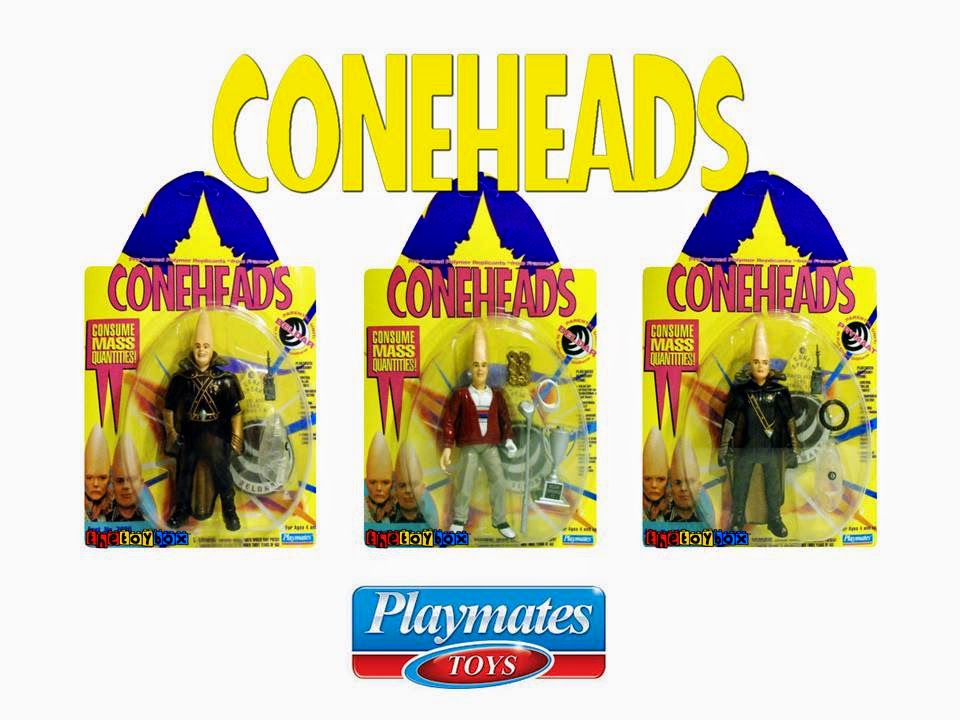 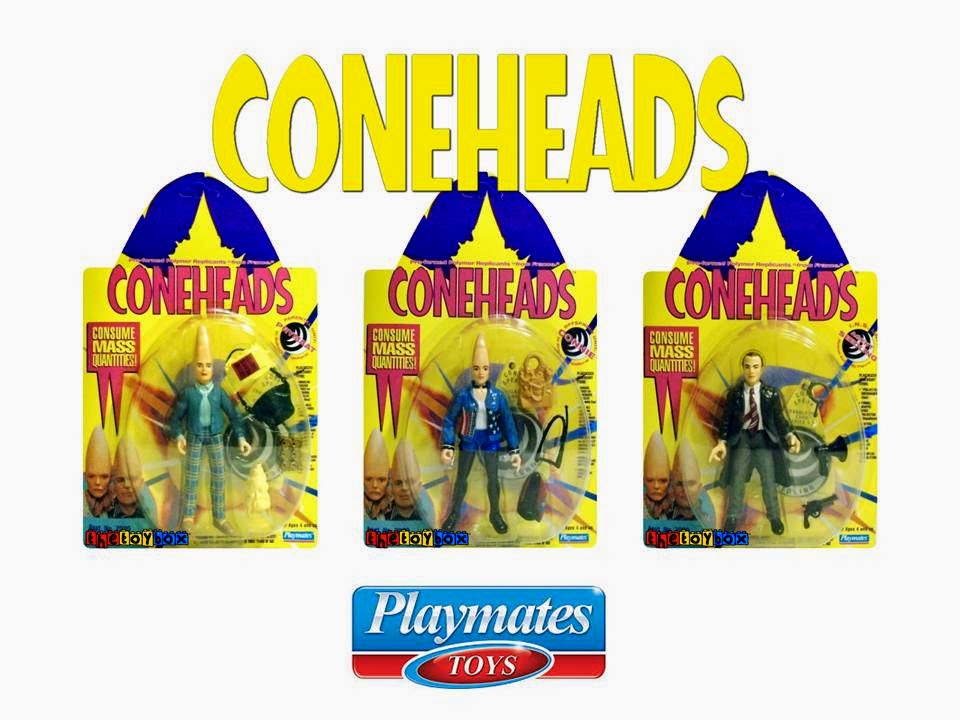 
SNL films were in abundance from 1992 to 2000, but since that period it seems that someone has learned a valuable lesson, and with the exception of 2010's MacGruber, there haven't been any big screen iterations of the characters. Is this a good thing, or a bad thing? We suppose that's all a matter of personal opinion.
Join us next time when we take a look at Dynomutt and Blue Falcon!