In 2012, the internet world exploded when fans of G.I. Joe stumbled upon an inexplicably released set of new figures being released at Dollar General stores. Soon message boards and collector pages were brimming with pictures and questions regarding this set which seemed to materialize out of nowhere. New G.I. Joe figures exclusive to a Dollar General store? How could this be? Why weren't we notified by Hasbro?

Fans never did get the answer to that question, but what they did get were new releases of Duke, Snake Eyes, Shipwreck, Cobra Commander, Storm Shadow and Cobra Trooper. The thrill of the hunt was on as collectors flocked in droves to their local (or not so local) Dollar General store. 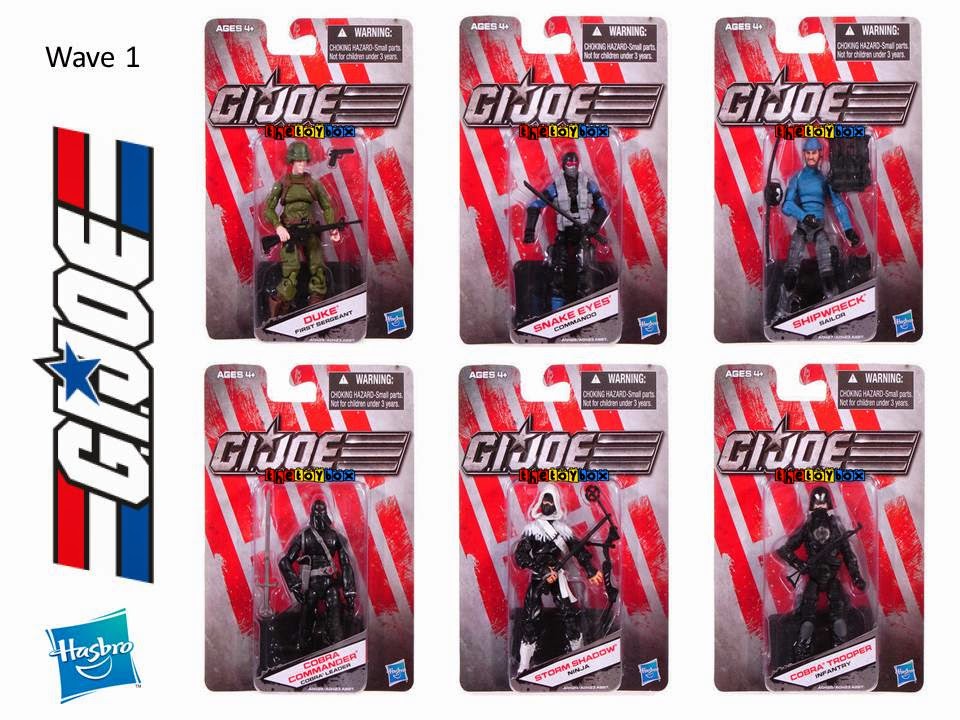 WAVE 1
Duke*Snake Eyes*Shipwreck
Cobra Commander*Storm Shadow*Cobra Trooper
So what do you do when you release a brand new set of figures on unsuspecting fans who swoop in and buy them all up? Naturally you release a second wave the following year. But, what do you do when you're Hasbro, and you've grown rather lazy about putting any effort into your products? Naturally, you just repaint the first wave and release that - And that's exactly what they did do.

Though they are repaints of the first wave, many fans actually prefer the Cobra Commander and Cobra Trooper figures from wave two over the prior wave. Mainly because the paint colors match the characters more so to what fans were accustomed to seeing from the comics, original cartoon and vintage figure. 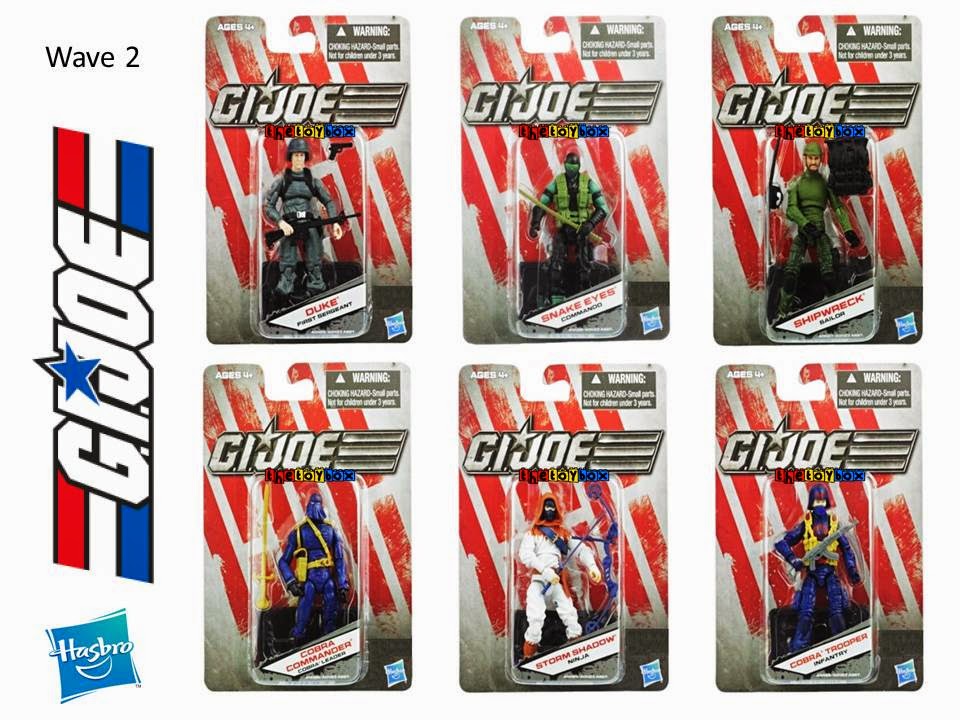 
What made the repainted Storm Shadow interesting to collectors was that with the new orange and white paint scheme, the figure more so resembled T'Gin-Zu, a figure from the vintage line that came packaged with the Ninja Force Pile Driver vehicle. Though the original figure didn't match the sculpt of the above Storm Shadow, the look is definitely spot on for the character as depicted in the artwork for the Pile Driver package.
If you missed the chance to nab these figures in 2012 and 2013, you unfortunately missed your one and only opportunity to get them "cheap". These days they sell for ten to fifteen dollars each on secondary markets.
Though fans eagerly awaited a wave three, to date it hasn't come.
Join us next time when we take a look at The Herculoids!

Click "HERE" to go back to the home page. For more posts related to this one, please click the labels below.
Posted by The Toy Box on November 24, 2014
Email ThisBlogThis!Share to TwitterShare to FacebookShare to Pinterest
Labels: 2010, G.I. Joe, Hasbro