Though The Herculoids originally aired in 1967, most children of today remember it more so for its 1981 iteration of episodes from Space Stars. Space Stars featured four segments which included, Space Ghost, The Herculoids, Teen Force and Astro and the Space Mutts.

The Herculoids was about a family; Zandor, Tara, his wife, and Dorno, their son. Interesting enough was that Dorno never referred to his parents as mom or dad, but rather by their first names. The show also featured the creatures; Zok, a flying space dragon, Igoo, an ape made of rock, Tundro, the ten legged rhino, and the two protoplasmic characters Gloop and Gleep. Together, The Herculoids defend their planet from both local and foreign menaces.

In 2003, Toynami released three multipacks which encompassed all the characters from the series. A treat included in the box was the fabulous background diorama which when combined spelled out The Herculoids. 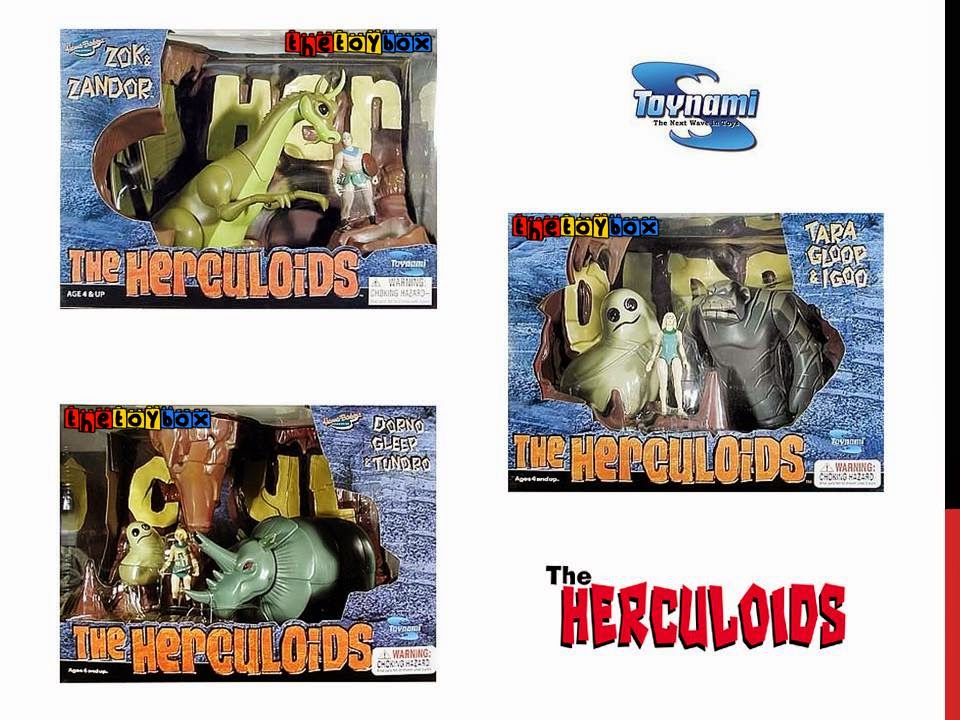 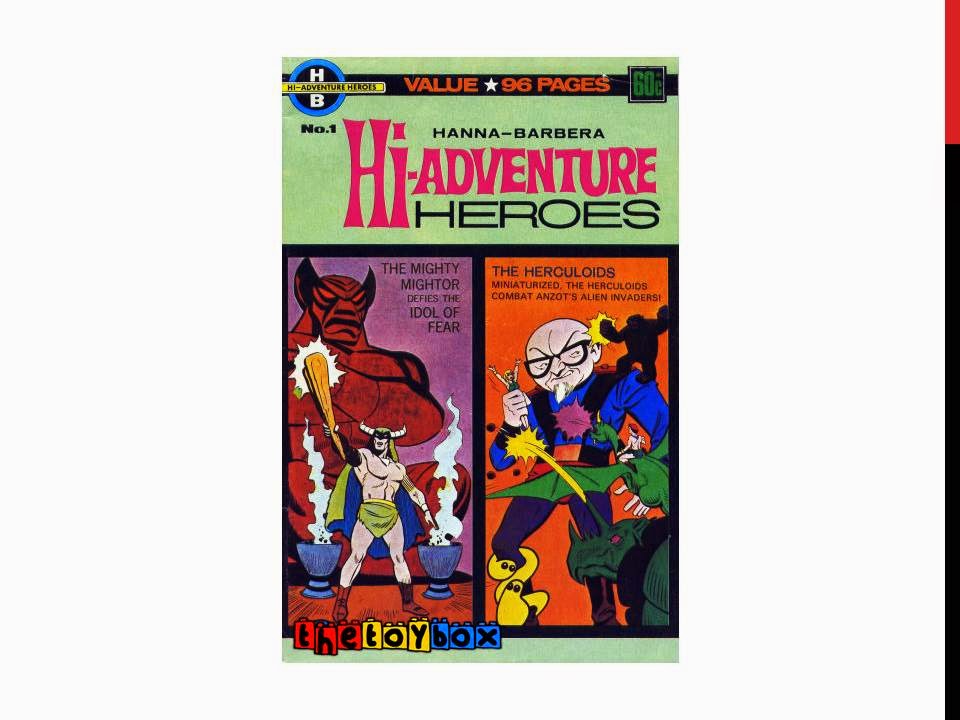 
Join us next time when we take a look at Dick Tracy!

Click "HERE" to go back to the home page. For more posts related to this one, please click the labels below.
Posted by The Toy Box on November 27, 2014
Email ThisBlogThis!Share to TwitterShare to FacebookShare to Pinterest
Labels: 1970's, 2000's, Hanna-Barbera, Joseph Barbera, The Herculoids, Toynami, William Hanna