You can't swing a stick these days without hitting something The Walking Dead related. McFarlane Toys his struck gold with the release of these figures, and we'd wager that the success of the line is probably something the company hasn't seen since the first few series of original Spawn toys. If you don't nab them up when they're first released, chances are you just aren't going to find these on store shelves anywhere - At least not the main characters anyway.

Since our last post on series one and two, the line has grown considerably. Five series in total have been released with series six well into production, and most likely a series seven not far behind it. 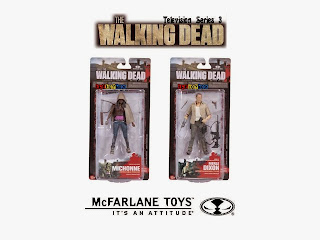 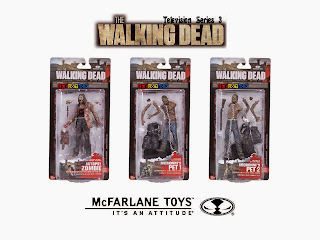 One of the things we've never personally been thrilled about with McFarlane Toys is its desire to produce variant figures. Much like the first waves of toys, the black and white trend continues in this all new three pack. 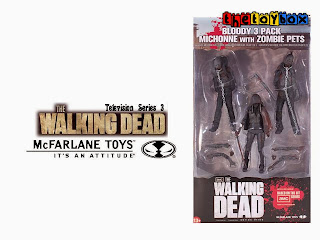 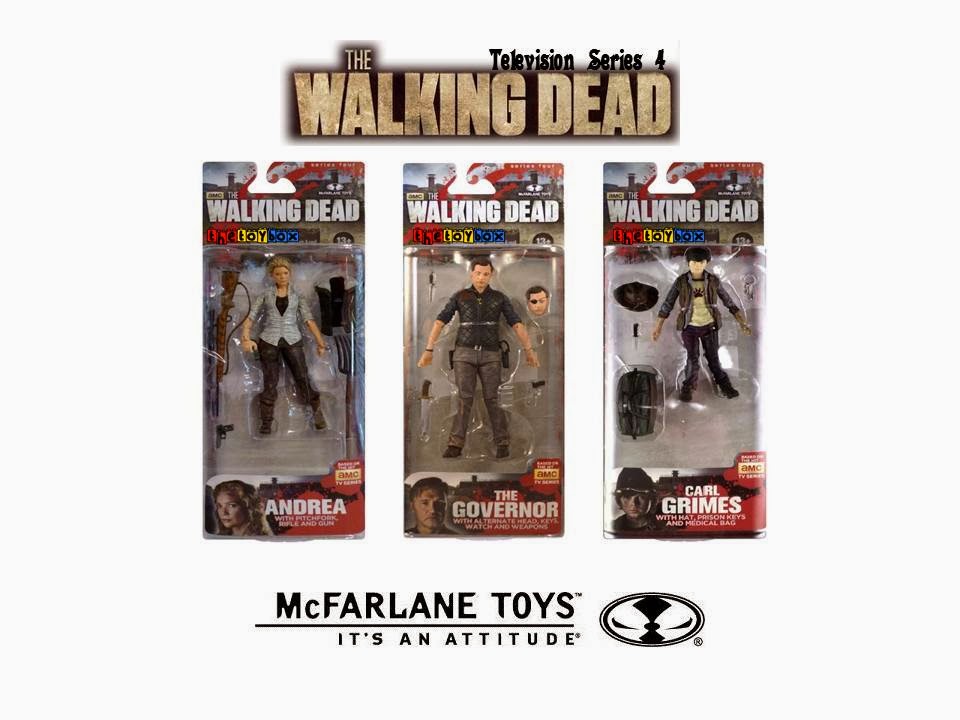 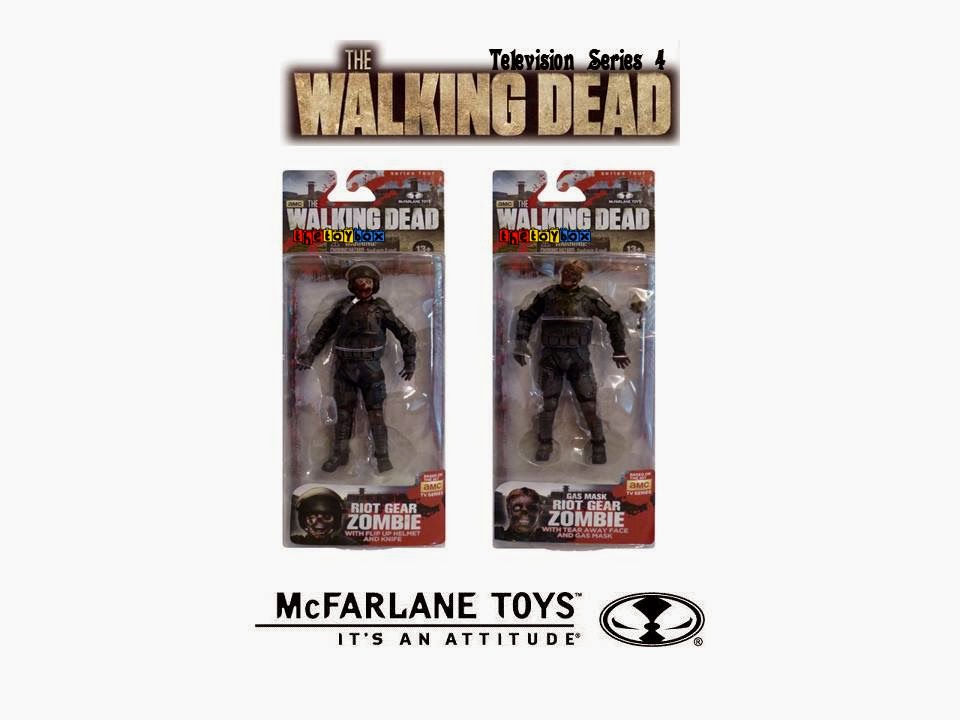 Walgreens of all people got into the act of exclusive figures with their own Rick Grimes figure. 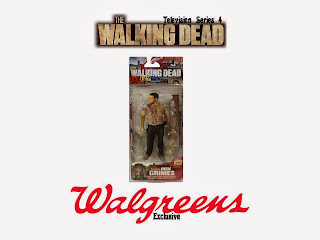 We're not fans of repacks, but we commend McFarlane Toys for realizing the supply vs. demand issue and re-releasing the original Daryl Dixon figure from series one, and more importantly, not altering its general appearance. Fans of the first series had tremendous issues tracking down this one particular figure. Meanwhile, secondary markets were cashing in at over a hundred bucks for it. 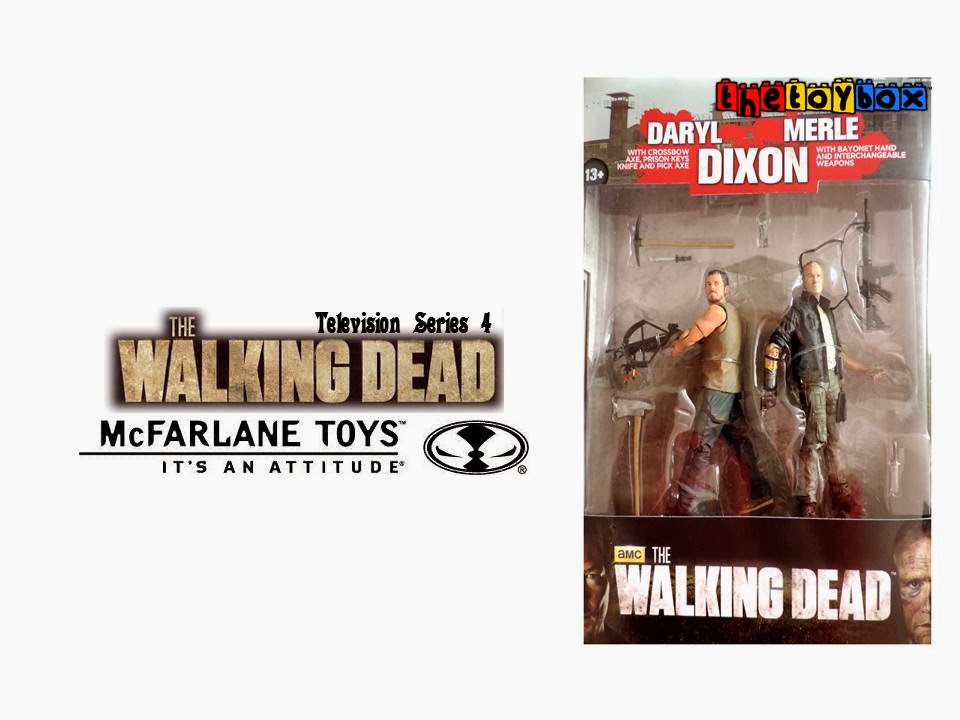 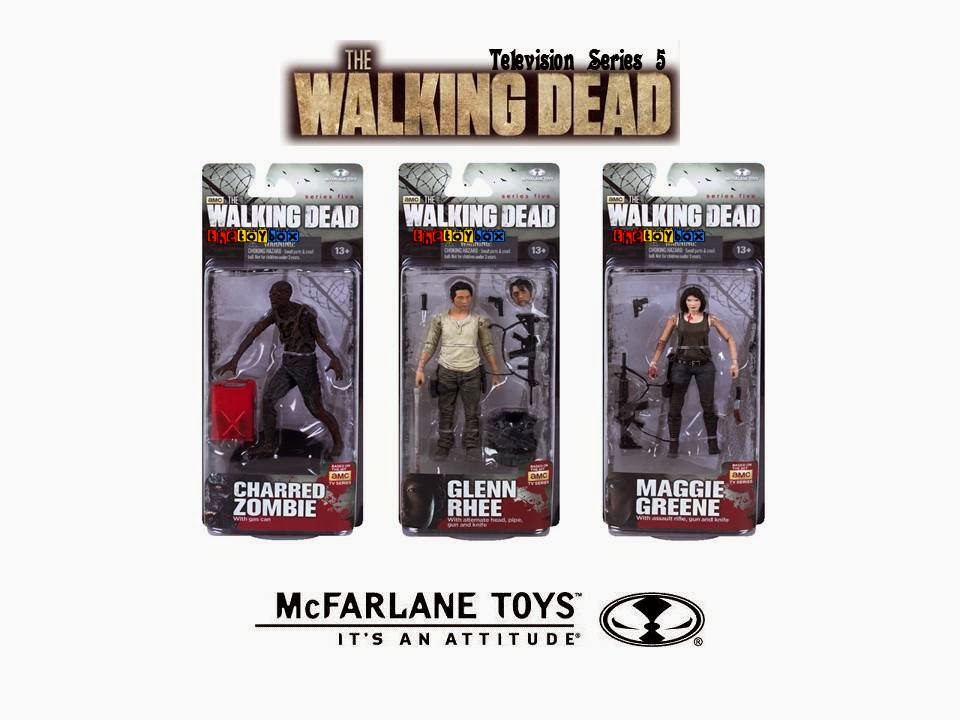 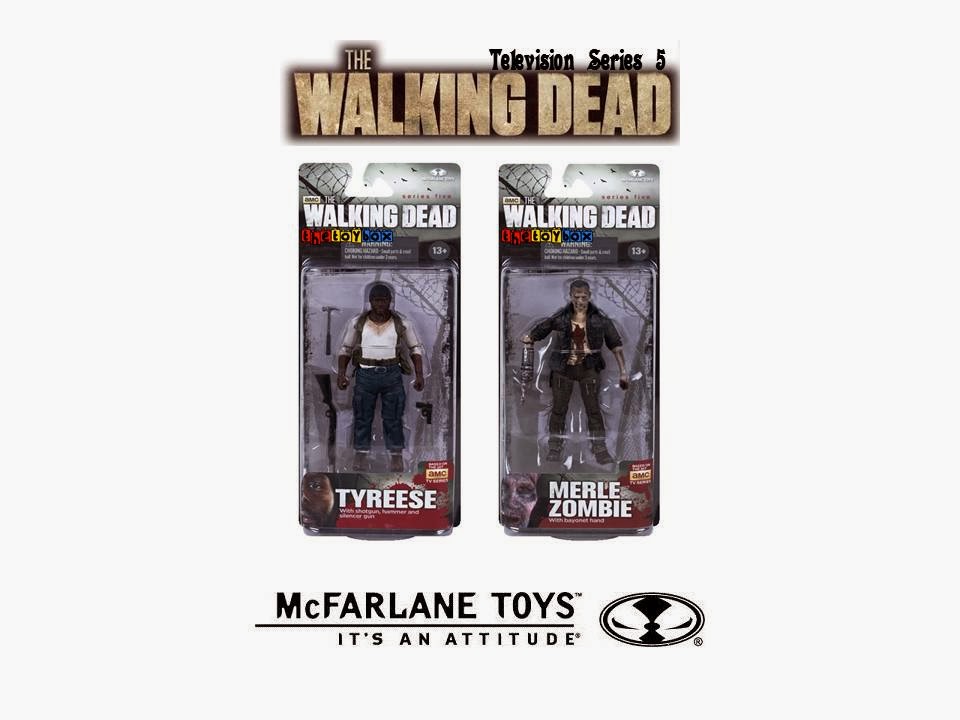 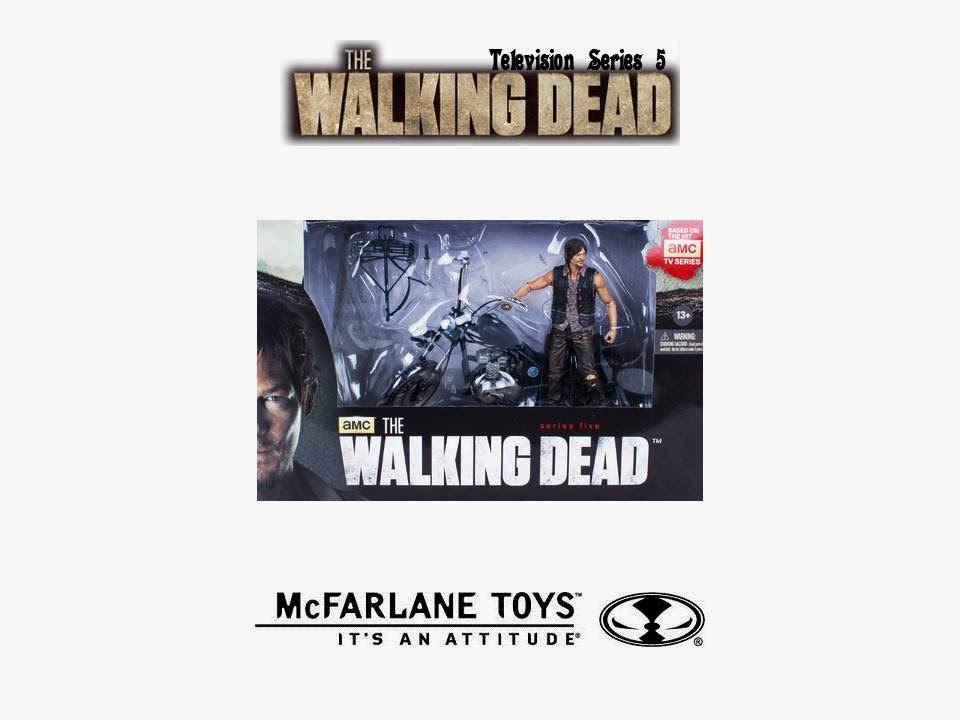 Just when you think series five is done and over with, McFarlane Toys tosses out one more - Shane with his not so insane look. 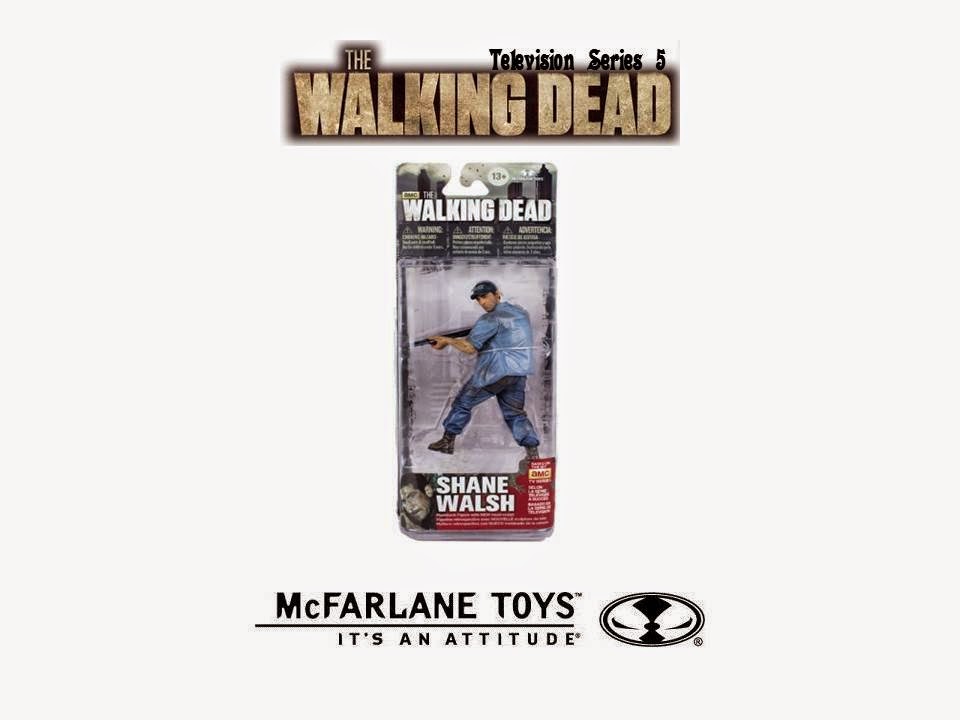 The Walking Dead went from that small unheard of comic to the most watched television drama in history. Though we've personally fizzled out on it, it appears that it's going to be around for a long time to come, and with that, we're sure that McFarlane Toys will continue to capitalize on its success as long as possible.

Join us next time when we take a look at another McFarlane Toys The Walking Dead Series!

Click "HERE" to go back to the home page. For more posts related to this one, please click the labels below.
Posted by The Toy Box on March 06, 2014
Email ThisBlogThis!Share to TwitterShare to FacebookShare to Pinterest
Labels: 2010's, Image Comics, McFarlane Toys, Robert Kirkman, Skybound, Television Series, The Walking Dead