With the mild success of the 2004 Hellboy (movie) figures, Mezco fired up 2005 with an all new series based on the comic book renditions of the characters. Much like the prior series, this particular line was big on variants that for the most part were subtle differences to Hellboy's face. However, this time there weren't as many. 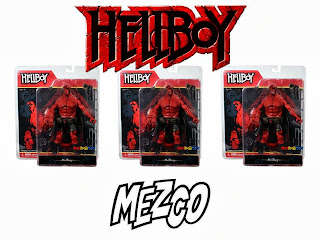 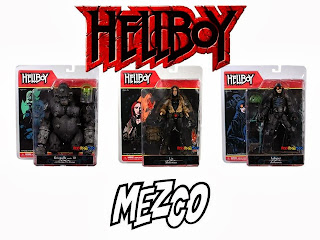 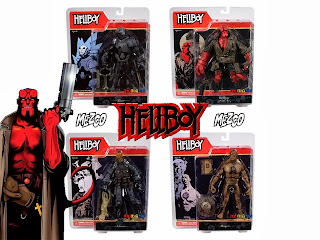 One of the more coveted figures from the series is the 2005 San Diego Comic Con exclusive Lobster Johnson. While the overall figure is nothing more than a clear blue plastic, the packaging, which was a really nice two piece box, really helped to sell this thing. 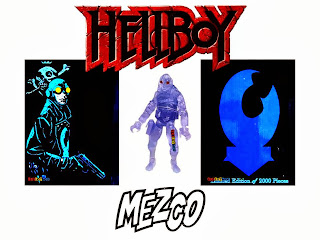 Exclusive figures were a big part of the series, but were mostly limited to SDCC. 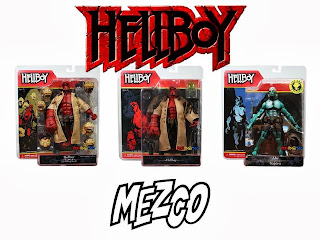 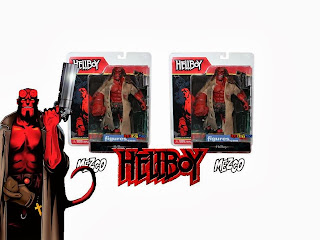 Join us next time when we take a look at The Walking Dead Television Series 3 and 4!

Click "HERE" to go back to the home page. For more posts related to this one, please click the labels below.
Posted by The Toy Box on March 03, 2014
Email ThisBlogThis!Share to TwitterShare to FacebookShare to Pinterest
Labels: 2000's, Dark Horse Comics, Hellboy, Mezco, Mike Mignola