We loved the first Pirates movie, but the remaining sequels seemed to get more and more confusing and convoluted to the point that we didn't even know what was going on. Depp does a fantastic job as Jack Sparrow, and Geoffrey Rush is nothing to scoff at for Captain Barbosa. But, the story - That story is just so confusing. It seemed almost like nobody at Disney was expecting the movie to be that big of a success, so when it took off they were like, "Uh oh, someone grasp at some straws and write a sequel." Then when the sequel was no good they were like, "Uh oh, now we're stuck in the middle of this terrible story arc that we have to finish if we're going to make a third one." It's part of the reason we have little to no doubt that this is why the majority of the "main" cast suddenly disappeared from the fourth film. We don't see that one as a sequel so much as a non-advertised reboot.

This of course is all personal opinion, and if you like the movie, well, that's cool. In the long run, we really just want to talk about the toys.

Much like the first film, NECA was more than happy to produce a series of figures to coincide with its release in 2006. They produced three series in total which equated to twelve figures. The only real shame was that each series included an all new Jack Sparrow and we once again wouldn't be seeing Ragetti or Pintel figures (the true stars of the film - okay maybe not). 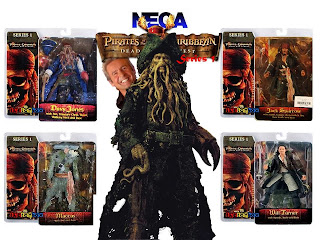 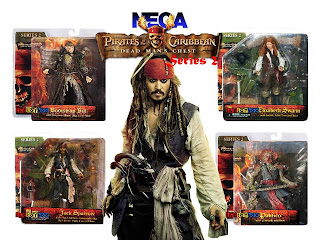 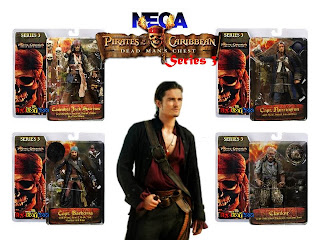 The series concluded with the one and only exclusive, Cannibal Jack Sparrow.﻿ 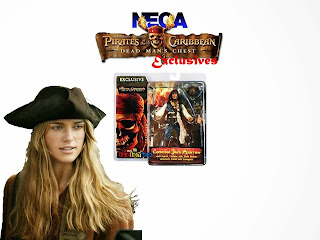 Join us next time when we take a look at Pirates of the Caribbean - At World's End!

Click "HERE" to go back to the home page. For more posts related to this one, please click the labels below.
Posted by The Toy Box on March 20, 2014
Email ThisBlogThis!Share to TwitterShare to FacebookShare to Pinterest
Labels: 2000's, Dead Man's Chest, Disney, Johnny Depp, NECA, Pirates of the Caribbean