Here's a little follow up to to last week's post based on Superman The Movie from Topps.

With pack after pack of the first Superman trading cards based on the popular Warner Bros. film flying off shelves, Topps naturally put into production a second series. One of the things that confused me about collecting Topps cards back as a kid was how the numbering system picked up where the last series left off. My young mind could never grasp this simple concept.

Superman The Movie, Series II, picked up with card number seventy-eight, and continued all the way through one hundred sixty-five, for a total of eighty-eight cards. Each pack, once again, featured ten cards, one sticker and a stick of gum.

Unlike the prior series, which featured a red and white border, this all new set depicted a red and blue one. Personally, I think I like the original series style more than this all new one.

As was the case, when Topps began running out of images for the set, they began including behind the scenes photos, as well as, the director and production stills. The at the time highly popular Star Wars series from Topps was notorious for this, and it was all in an effort to pad the series. 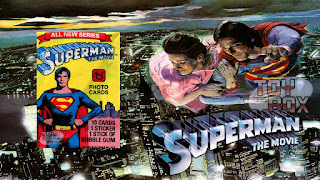 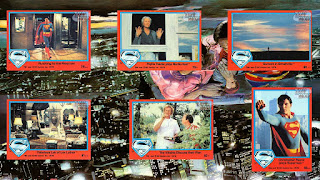 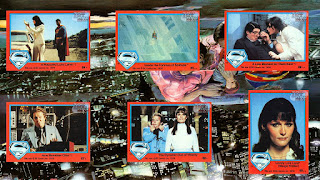 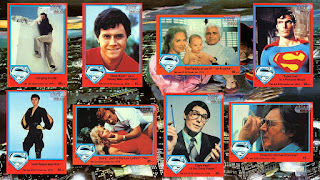 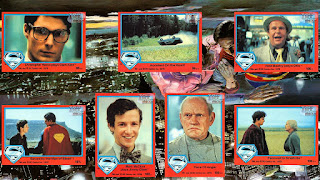 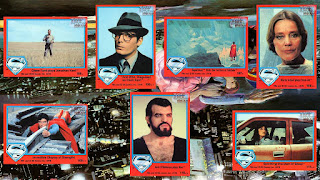 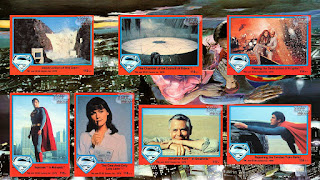 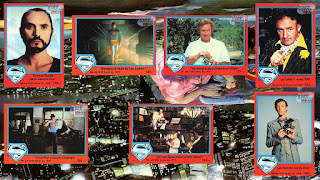 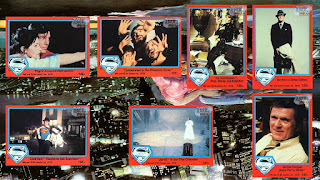 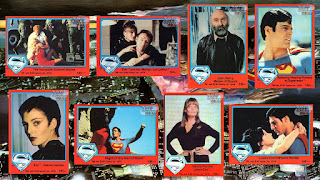 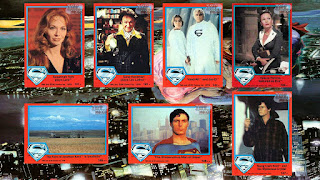 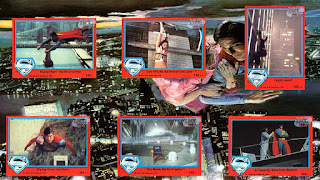 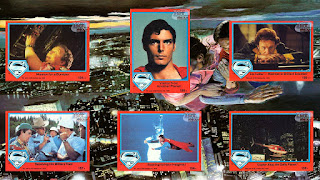 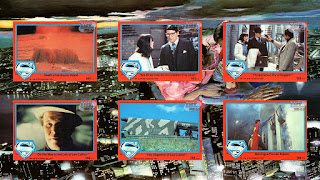 There were six stickers released in the series, and with one per pack, it was easy to complete multiple sets if buying a full box. 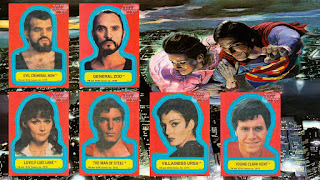 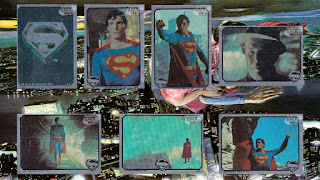 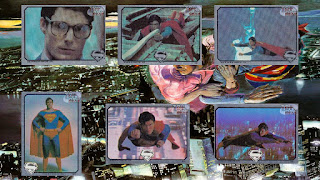 While this would be the last set of cards Topps would release based on the first film, it wouldn't be their last Superman series. Not by a long shot. Topps would be right back at it in 1980 with cards based on Superman II.

Click "HERE" to go back to the home page. For more posts related to this one, please click the labels below.
Posted by The Toy Box on September 09, 2019
Email ThisBlogThis!Share to TwitterShare to FacebookShare to Pinterest
Labels: 1970's, Series 2, Series Two, Superman, Superman The Movie, Topps, Trading Cards