I was really hoping to get more than I got from Billy Ocean's 1986 album Love Zone. With how great his hits are, I honestly thought I would love song after song, but that didn't turn out to be the case. In fact, it was really only the hits I enjoyed at all. The rest were just sub par tracks which felt like filler. 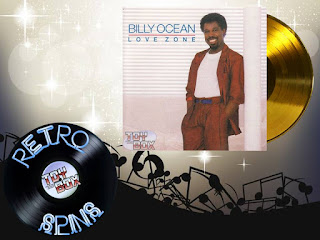 The album's most notable song is the opening track When the Going Gets Tough, the Tough Get Going, which many fans of 80's films will recognize from the film Jewel of the Nile, the sequel to Romancing the Stone staring Michael Douglas and Kathleen Turner...and Danny DeVito. Unfortunately from there, things get very mediocre 80's pop quick. The only other tunes which stand out from this bland snooze fest are the title track Love Zone and There'll Be Sad Songs (To Make You Cry).

P.S. "There'll" is not a word. Just saying. Then again, nor is Sussudio, so you know, I guess there's no limit to words one can use in a song.

Overall, it was honestly just boring to sit through this album. I actually found myself consistently checking which track I was on because I just wanted it to be over. I was bored.

Billy Ocean is by no means down for the count with me. I have two more of his albums which I'll eventually get around to - 1984's Suddenly and 1988's Tear Down These Walls. Maybe, hopefully, these will offer a better, more rounded out album.

Click "HERE" to go back to the home page. For more posts related to this one, please click the labels below.
Posted by The Toy Box on September 10, 2019
Email ThisBlogThis!Share to TwitterShare to FacebookShare to Pinterest
Labels: 1986, 80's Album Review, 80's Music, 80's Music Review, Billy Ocean, Love Zone, Music of the 80's, Retro Spins