Building the Perfect Beast wasn't Don Henley's first entry into his solo career, but personally speaking, it's his best. Perhaps it's because of all the collaboration which occurred with the album which gives it the punch it packs. Or perhaps it's just lightning striking. Who knows. 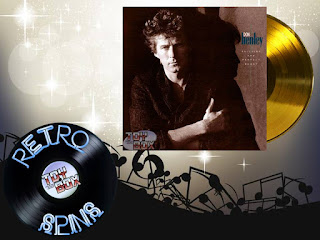 It's interesting to note that while the album starts with the familiar pop rock sounding The Boys of Summer, the tone quickly changes (but doesn't stay) to that of a blues-like country rock. Almost as if it's a nod to the country stars of the 80's who hit big, but then quickly got shifted to their own genre as synth pop took center stage in the era. For some reason, I keep comparing it to the likes of Kenny Rogers, Eddie Rabbitt, and perhaps even Willie Nelson. Perhaps there's an even simpler explanation. Maybe, I was just in the mood for it.

Now, with that said, while I enjoyed the album for the most part, there was nothing really beyond The Boys of Summer, All She Want's To Do Is Dance, and Sunset Grill which "wowed" me. I also don't understand why Henley would pick Building the Perfect Beast as the title track, as quite frankly, it's one of the worst ones out of all eleven songs.

Don Henley has never been one of my "favorite" artists from the 80's, but I don't hate him. He's got some good hits here and there, but I'm by no means a fan.

Click "HERE" to go back to the home page. For more posts related to this one, please click the labels below.
Posted by The Toy Box on September 24, 2019
Email ThisBlogThis!Share to TwitterShare to FacebookShare to Pinterest
Labels: 1984, 80's Album Review, 80's Music, 80's Music Review, Building the Perfect Beast, Don Henley, Music of the 80's, Retro Spins