It was important for Mattel to add the disclaimer (of sorts) in the for of, "TV's" to the title How the West Was Won because they were eager to not only capitalize on the popularity of the western series, but also distinguish it from the even more so popular film of the same name which was released in the USA in 1963. Granted, the television series is loosely based on the film both in overall theme and of course, the title.

Though the series saw a fair amount of success from 1976 to 1979, the dolls produced by Mattel in 1978 weren't as popular? Why? Because children were turning their heads up to the sky thanks to a little known film entitled Star Wars. Yes, the Western was quickly becoming a thing of the past as TV airways made room for more space based series such as Star Trek, Space 1999, Logan's Run, Battlestar Galactica, Buck Rogers in the 25th Century, and maybe even Mork and Mindy.

As a result, only two dolls ever made their way to store shelves; Zeb Macahan and Lone Wolf. A set known as Zeb Macahan and His Horse Dakota is listed on the back of the packaging, but to date we have not seen any proof of the item existing. If you have a mint in package one that you could share some good photos of, we'd love to add it to our post. Please send the photos to thetyobox1138@gmail.com. We will credit whoever sends them in this post. Thanks! 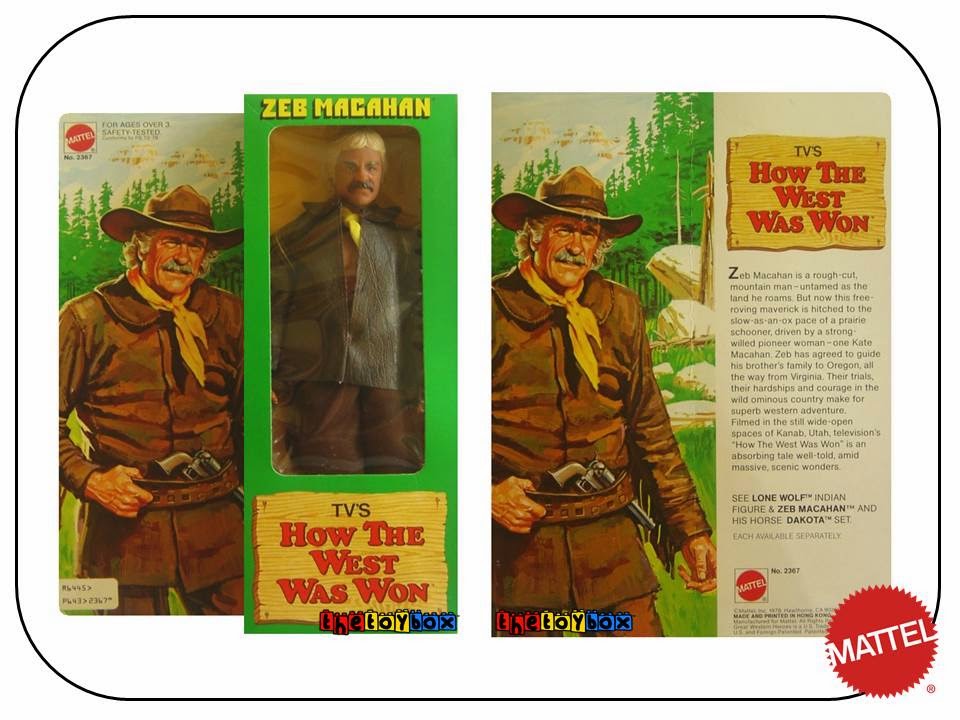 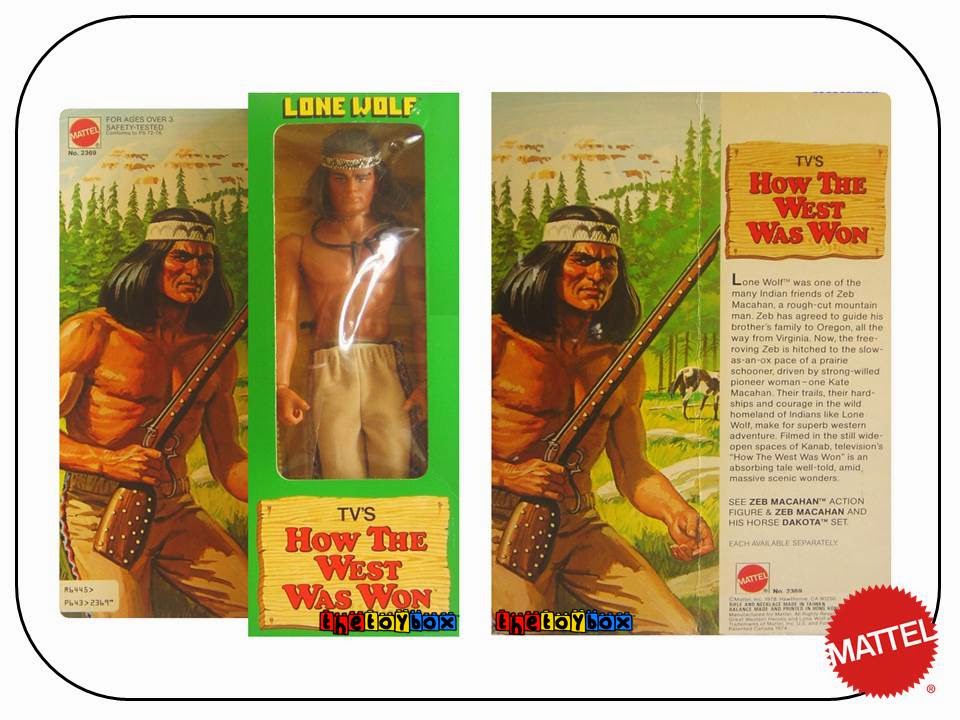 Sadly it seems that time and secondary markets haven't been to kind to the series either. Today you can get the "figures" for between $40 and $80, depending on how good the boxes are in. Loose, you can nab them up for aronud $20. That's a far cry from what some of the Mego's garner.

Join us next time when we take a look at TV's Grizzly Adams!

Click "HERE" to go back to the home page. For more posts related to this one, please click the labels below.
Posted by The Toy Box on October 13, 2014
Email ThisBlogThis!Share to TwitterShare to FacebookShare to Pinterest
Labels: 1970's, How The West Was Won, Mattel, TV's How The West Was Won