"Keep him out of the light. He hates bright light, especially sunlight. It'll kill him. And, keep him away from water. Don't get him wet. But, the most important rule, the rule you can never forget...no matter how much he cries, or how much he begs...never, never feed him after midnight."

Those three...nonsensical rules. Okay, fine. Keep it out of light. That could quite possibly work if the owner lived in the dark him or herself. But those other two...Never get him wet, and don't feed him after midnight? Okay, doesn't he ever have to drink? I mean, every living creature on this Earth, to and include plant life needs water to live. Once it takes a drink at the very least it's lips are going to get wet. Does it also never need to eat? Ever since the first day this planet came to be, once it hit midnight on that day it's been after midnight ever since. So, maybe is it a time frame we shouldn't be feeding our Mogwai's? Like maybe between midnight and eight AM? But, then again, what time zone? Hmm...

Gremlins was the third film by Steven Speilberg's studio, Amblin Entertainment. It was released in 1984, and touted as a horror/comedy film. Budgeted at just eleven million dollars, the film became an instant success, bringing in over one hundred million dollars in box office ticket sales.

The film starred the unknown Zach Galligan as Billy Peltzer, and the quickly up and coming Phoebe Cates as his girlfriend, Kate Beringer. The film also starred a very young Corey Feldman as Billy's much younger friend, Pete Fountaine, and Howie Mandel who provided the voice for Gizmo.

In conjunction with the film, LJN produced a variety of toys. Much like prior LJN merchandise, there was no set scheme to the series as it incorporated various sizes, and features into each piece - A common practice for the company during the 80's. Items ranged from poseable to bendable, wind-up and more. 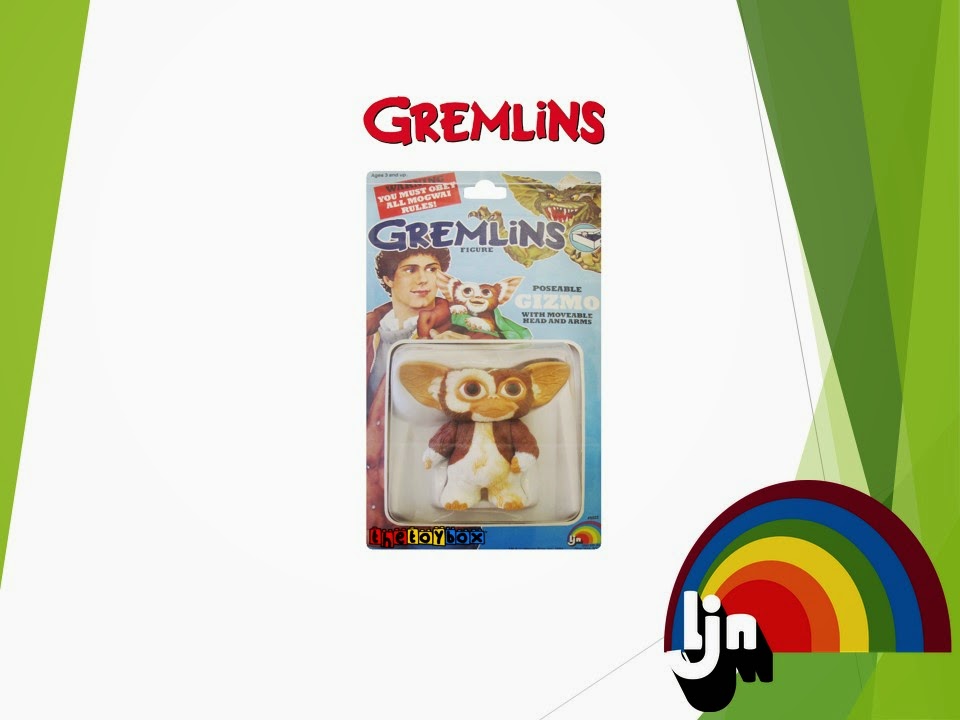 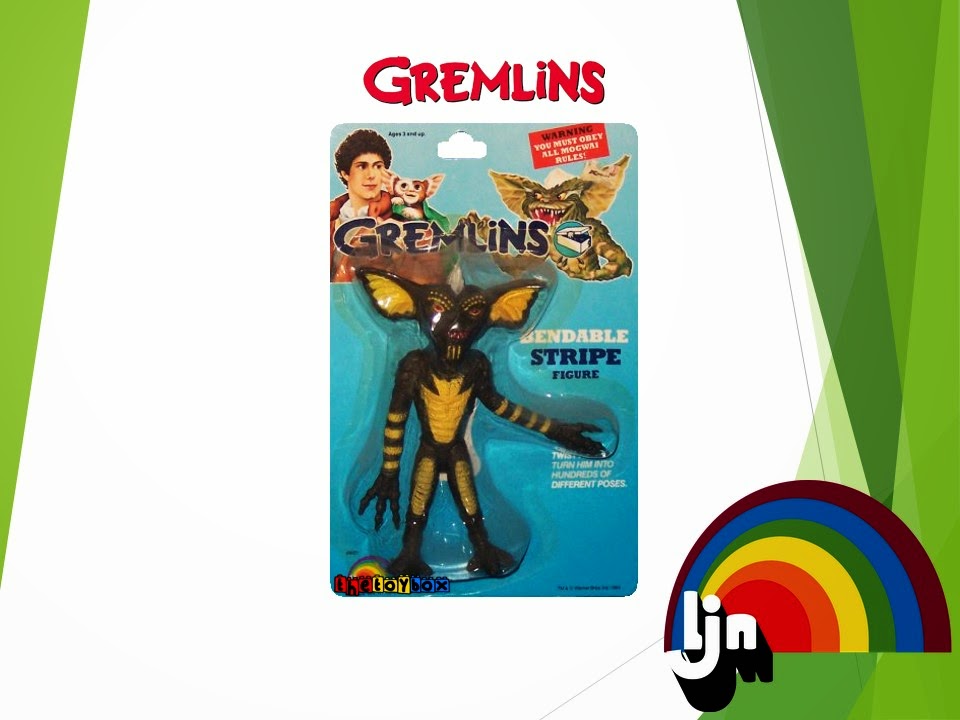 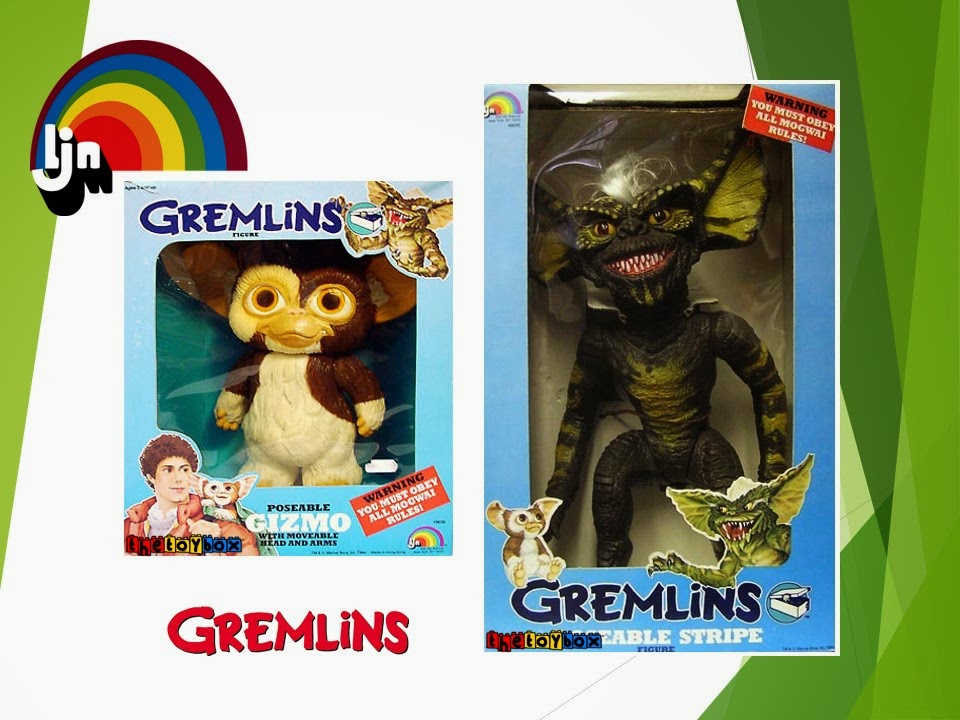 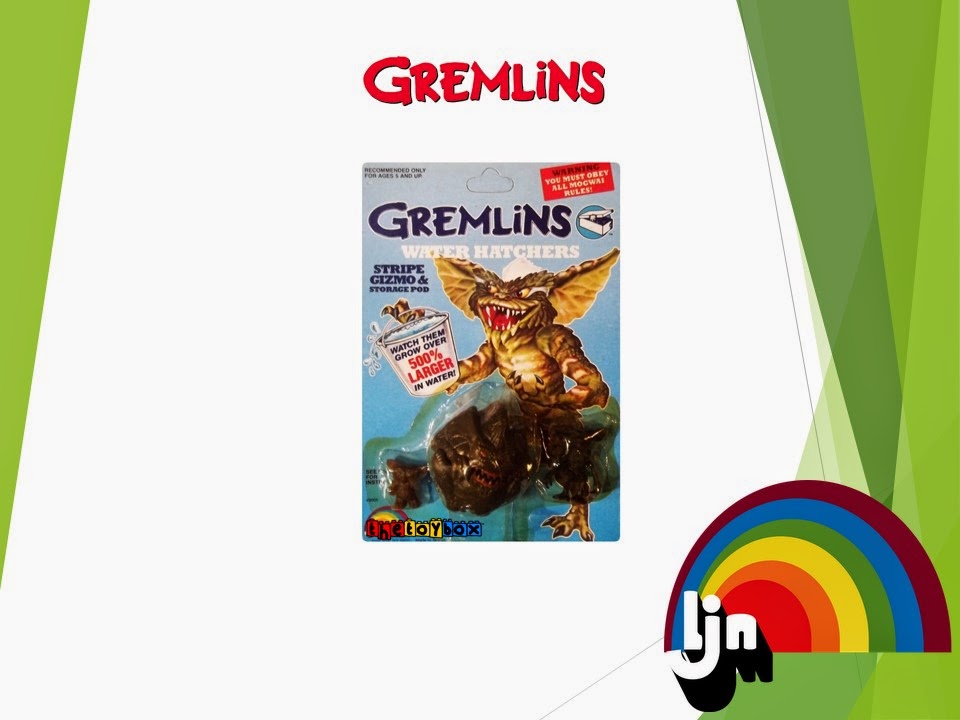 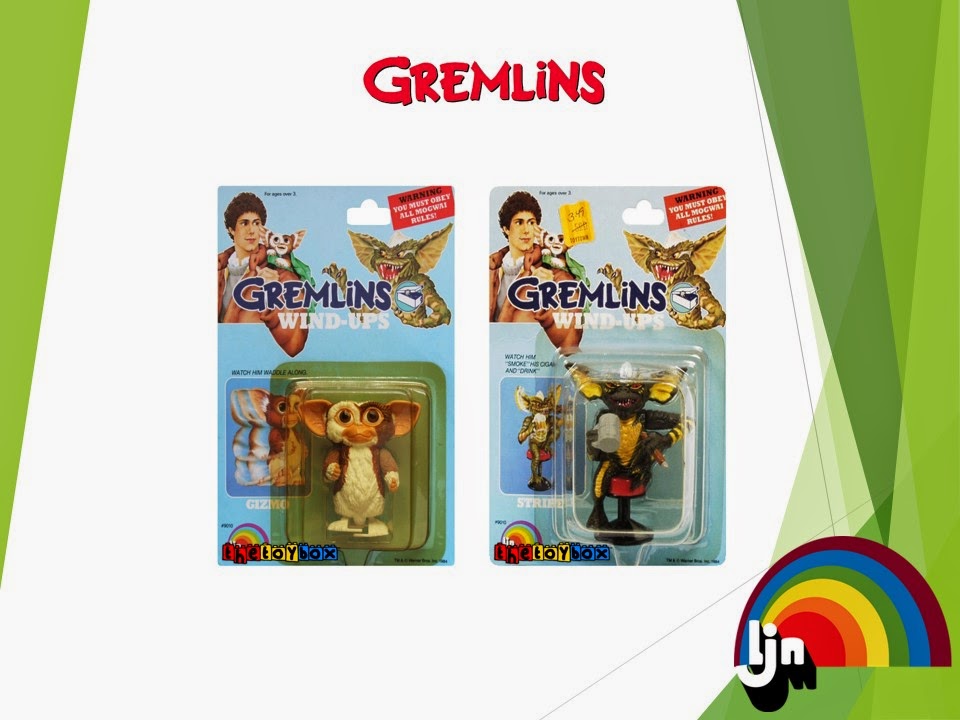 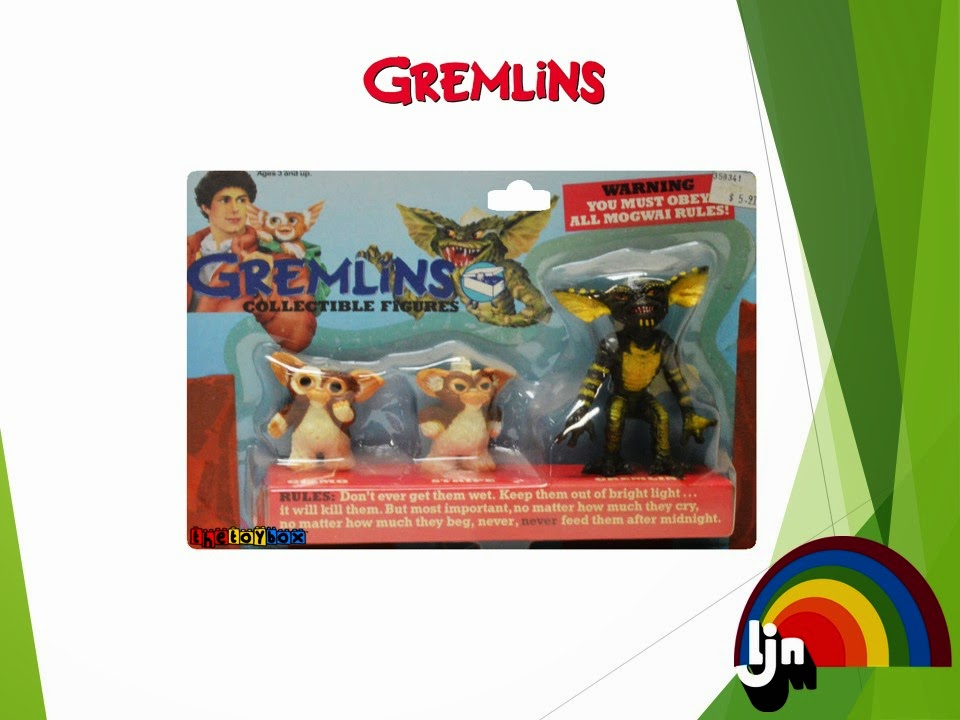 Despite it's massive instant popularity, the film wouldn't see a sequel until 1990. Though it was highly anticipated, it was poorly recieved. The film was budgeted at fifty million dollars, and only managed to recoup forty-one million in US box office sales.

As for the toys, they remained popular during the 80's, but these days don't sell to well - Especially if they're not sealed in the package, and even that's hit or miss. The larger poseable figures have sold for upwards of $40.00. The remaining pieces in the series go for a couple bucks (typically for no more than $10.00) here and there, but usually remain unsold.

Join us next time when we take a look at TV's How The West Was Won!

Click "HERE" to go back to the home page. For more posts related to this one, please click the labels below.
Posted by The Toy Box on October 09, 2014
Email ThisBlogThis!Share to TwitterShare to FacebookShare to Pinterest
Labels: 1980's, Gizmo, Gremlins, LJN, Stripe