A big problem occurred in toy isles when Kenner found massive success with Star Wars merchandise. What happened was that every toy company out there jumped at everything movie and television based in a desperate attempt to find the kind of success that sent Kenner laughing to the bank daily. As such, the market was flooded with all sort of television and movie based toys - Most of which were huge duds.

1978 wasn't going so smoothly for Mattel. They were already taking loses on their failing "TV" based toys, and it appeared that Tarzan would quickly become another license that wasn't going to blow children's minds.

The entire line (as well as several others being churned out by Mattel during the late 70's) was done so by utilizing parts from their most successful European series of the time, Big Jim. Everything got a fresh coat of paint, a new name, and of course, new packaging. As a result, these days many collectors of Big Jim seek the toys out as a sort of sub series collection.

Look closely at the Jungle Cat in the packaging below. Does he look familiar? If you're a He-Man fan, he should. This "figure" was reused again in the 80's when Mattel released Battle Cat and Panthor for the massively popular Masters of the Universe line. The sculpt was first used in the Big Jim series for the Big Jim on the Tiger Trail set. 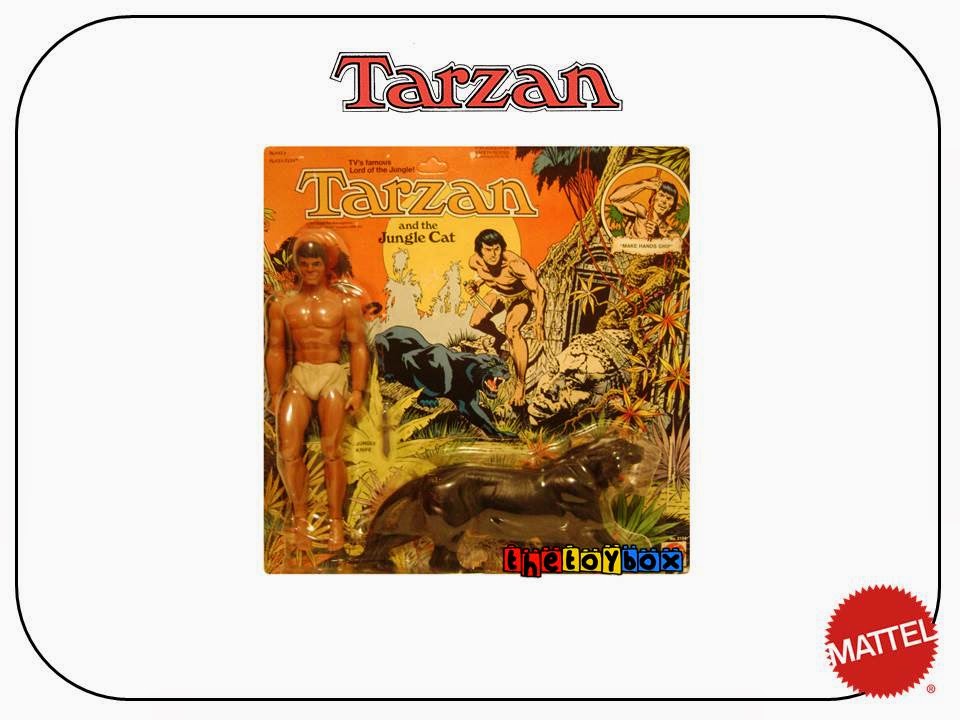 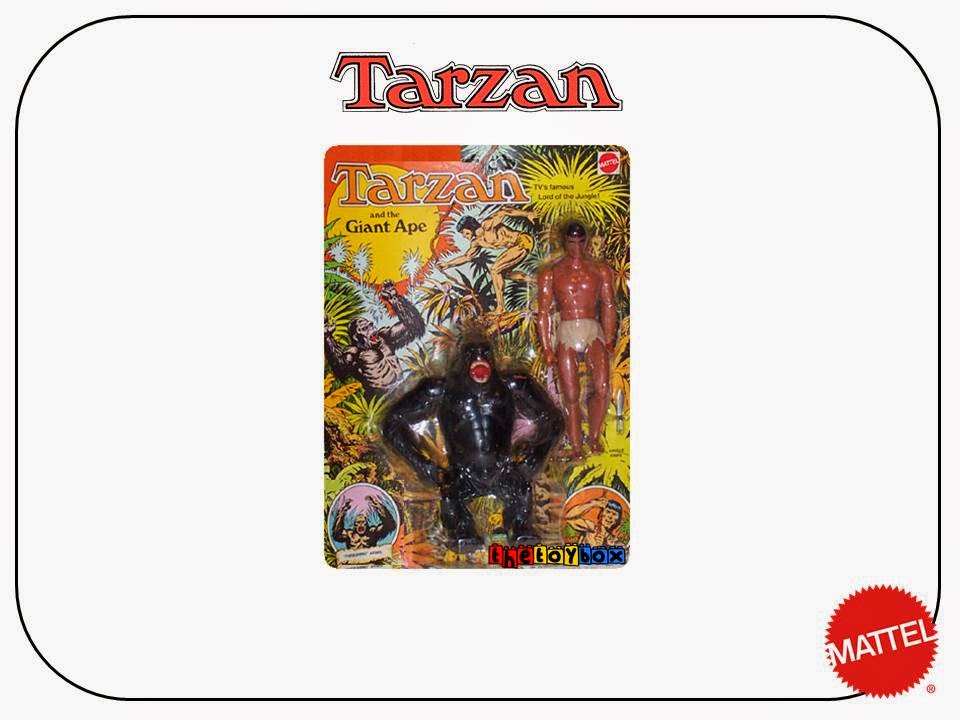 These days the Tarzan line is difficult to track down. Complete sets are rare, and mint in package pieces appear to be almost non-existent. Evolution wise, these items are great collection pieces if for anything to show the history/evolution from Big Jim to Tarzan to Masters of the Universe.

Join us next time when we take a look at G.I. Joe: Retaliation!

Click "HERE" to go back to the home page. For more posts related to this one, please click the labels below.
Posted by The Toy Box on October 23, 2014
Email ThisBlogThis!Share to TwitterShare to FacebookShare to Pinterest
Labels: 1970's, Mattel, Tarzan