We are definitely in the minority when we say that we liked G.I. Joe: The Rise of Cobra. We had zero expectations for the film, and it met all of them. It's follow up, Retaliation - Not so much. The film is summed up perfectly by Rotten Tomatoes user Peter Hartlaub who states,

"The Filmmakers appear to have handed a dozen or so G.I. Joe dolls to a 9-year-old, watched him play for 110 minutes, and then shot a scene-for-scene remake."

If you're one of few people who enjoyed this film, we commend you, and ask that you please tell us what you enjoyed about it in the comment section.

Naturally, Hasbro was quick to start pumping out the Retaliation tie in toys. Unfortunately for them, they got the memo way too late that the initial release date of the film was being pushed back to a different calendar year so that it could be upsized with 3D. As a result, product hit the market almost a full year prior to the film's release, and was quickly pulled so as to not spoil any surprises. 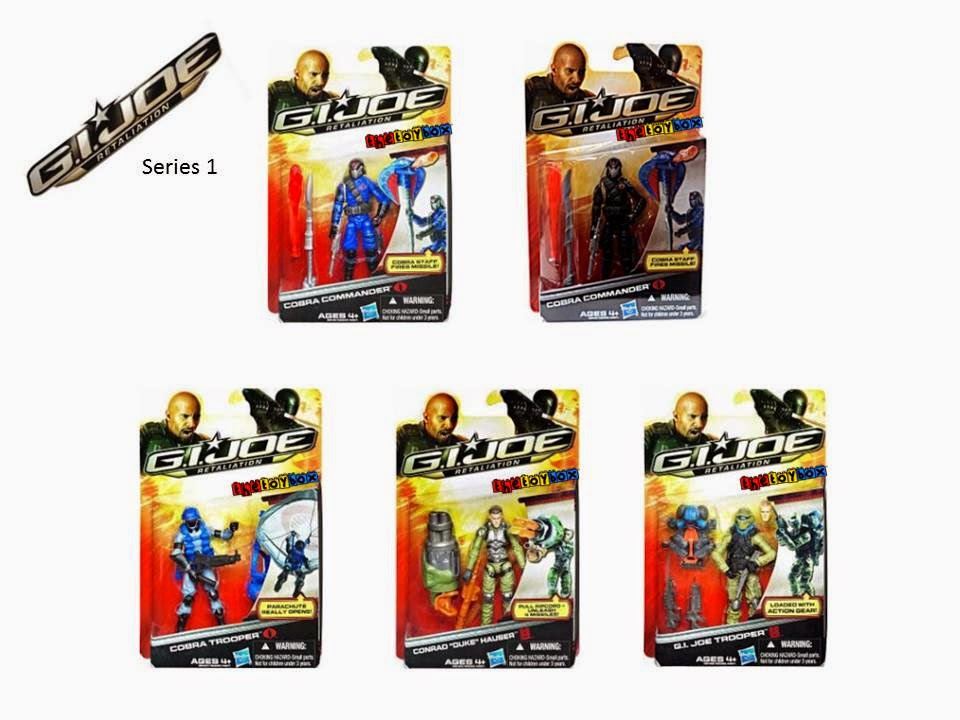 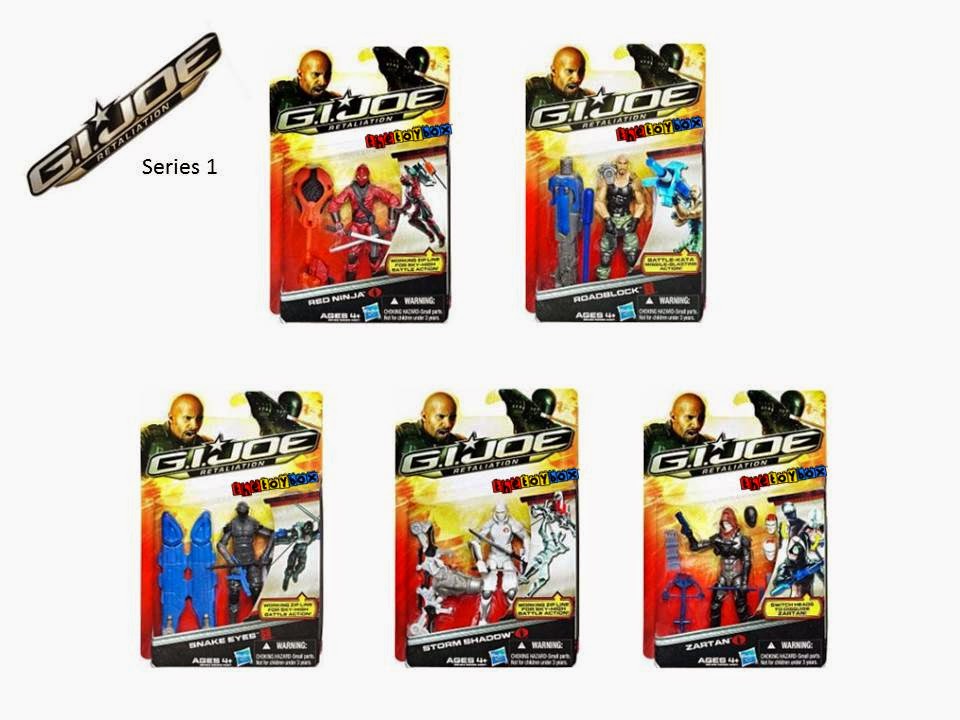 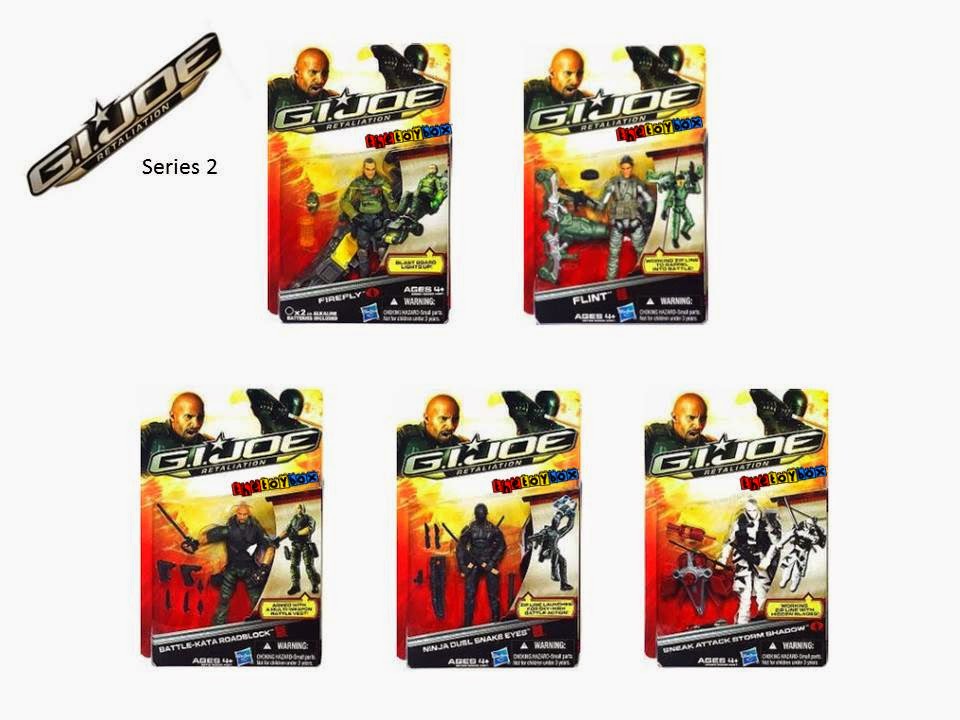 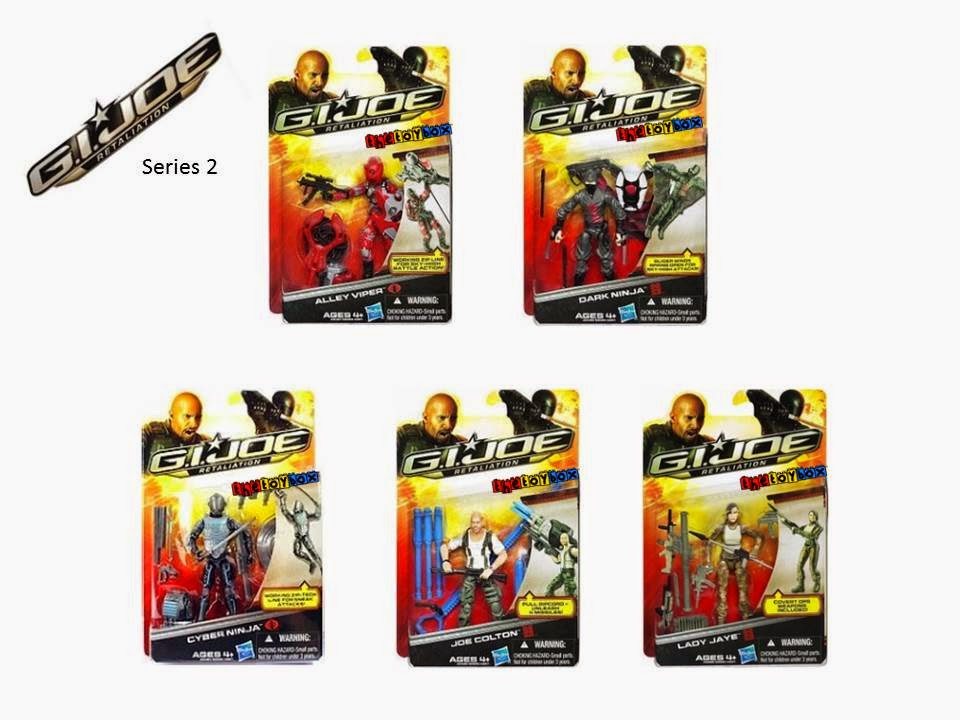 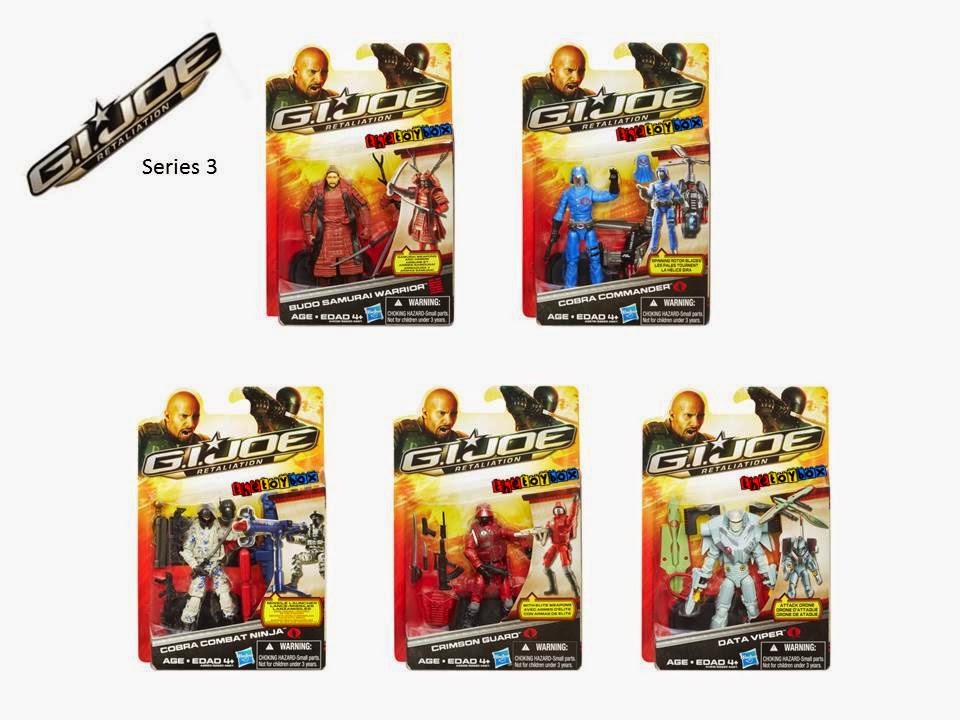 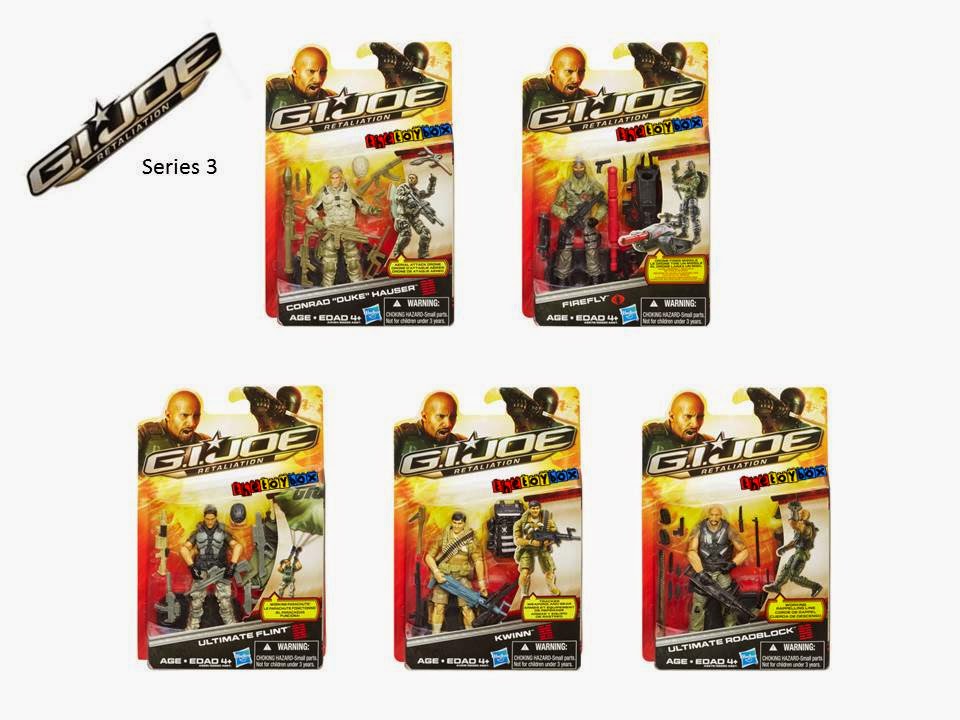 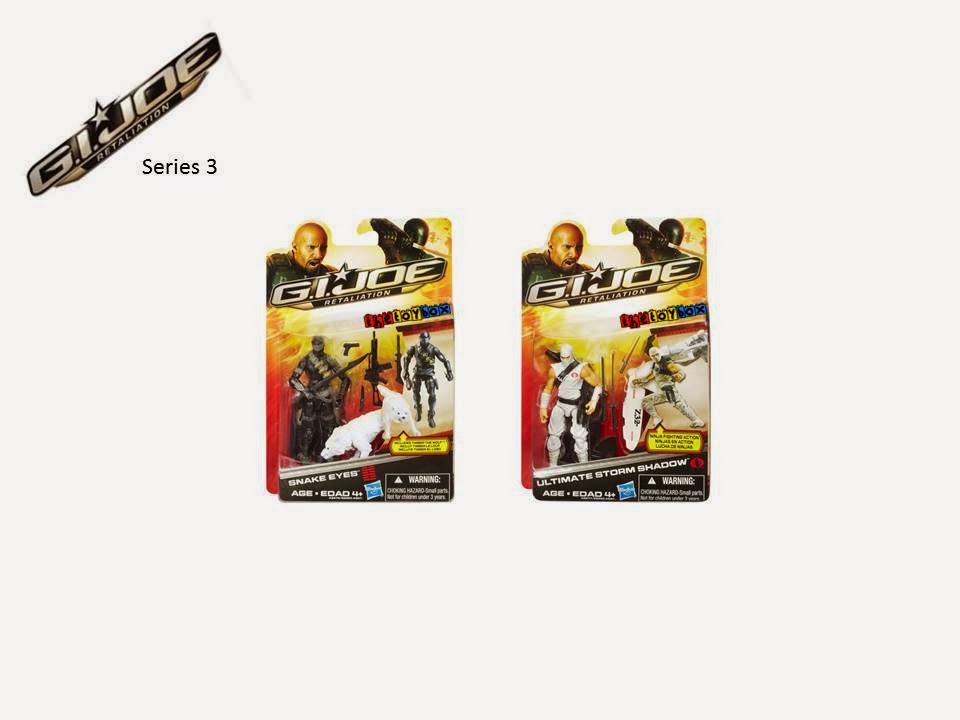 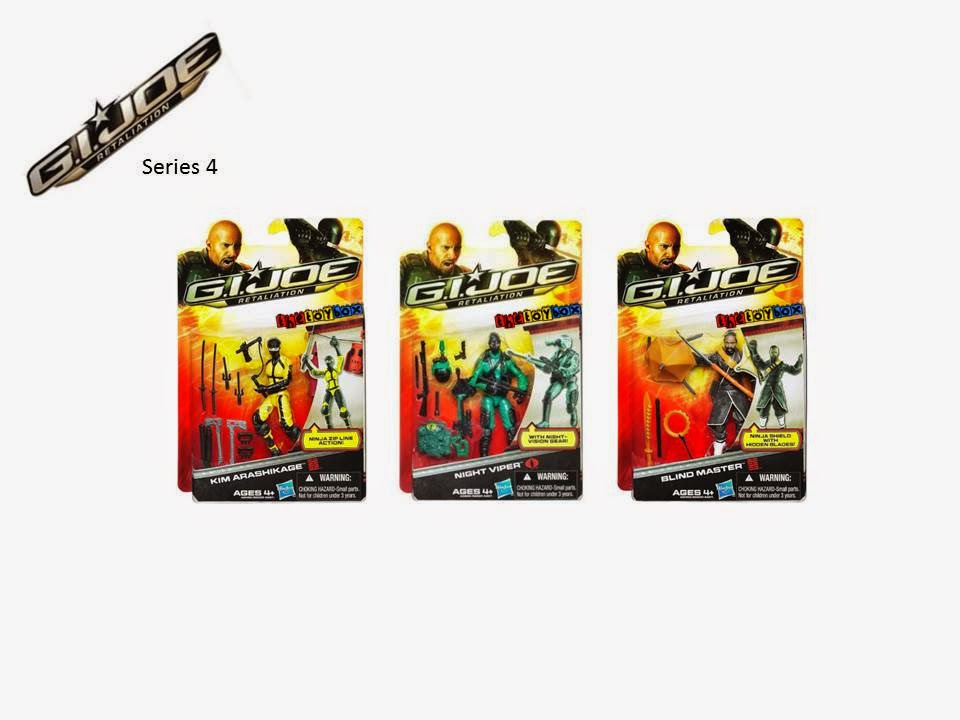 SERIES 4
Kim Arashikage*Night Viper*Blind Master
Much like the film, the toys related to it came quickly, and disappeared off to clearance isles to be forgotten about. However, that's not to say that all the figures were duds. Quite the contrary. There are a lot of hidden gems to be found in the four waves which encompass the Retaliation line. 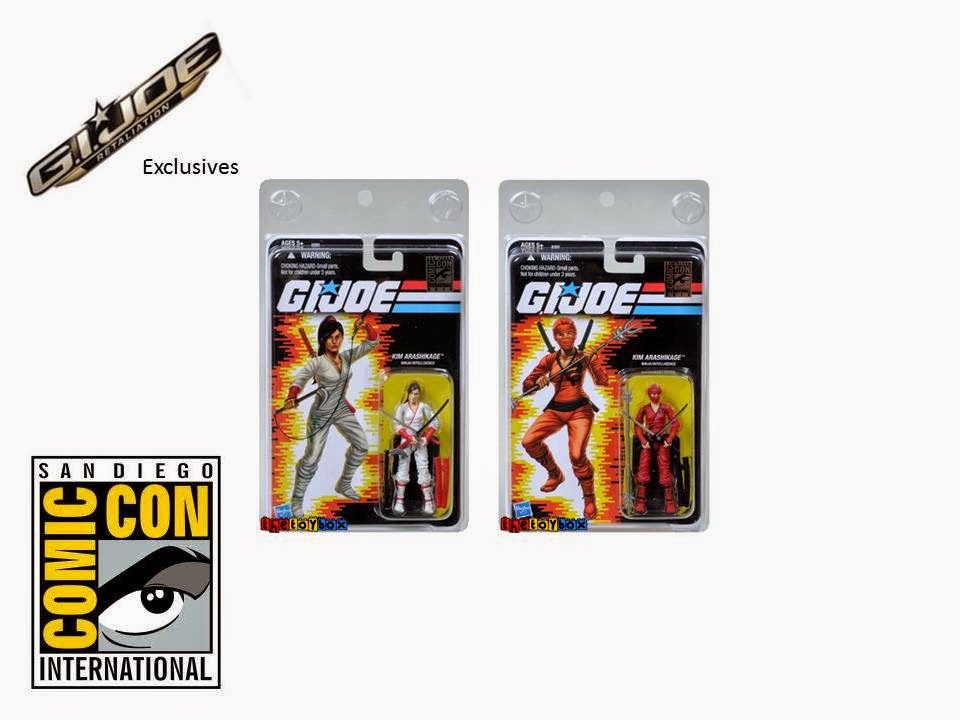 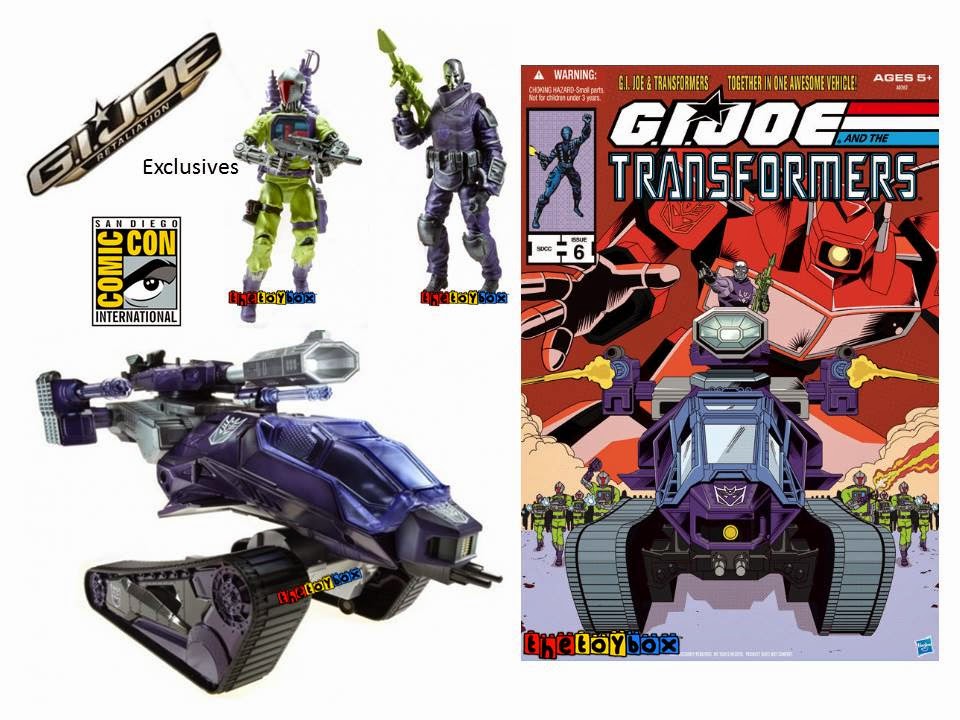 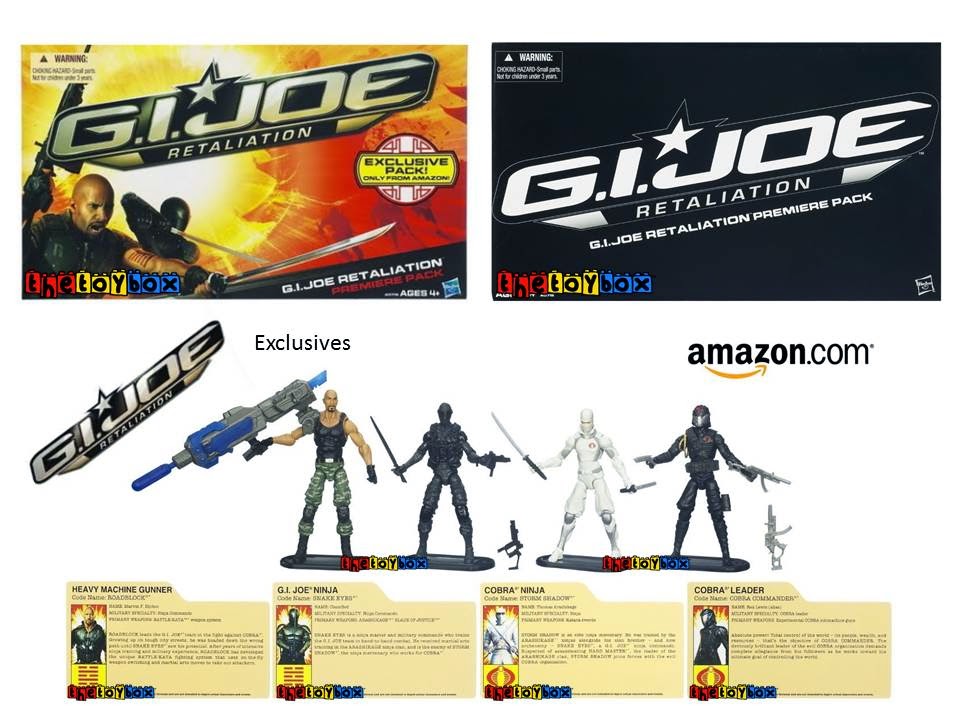 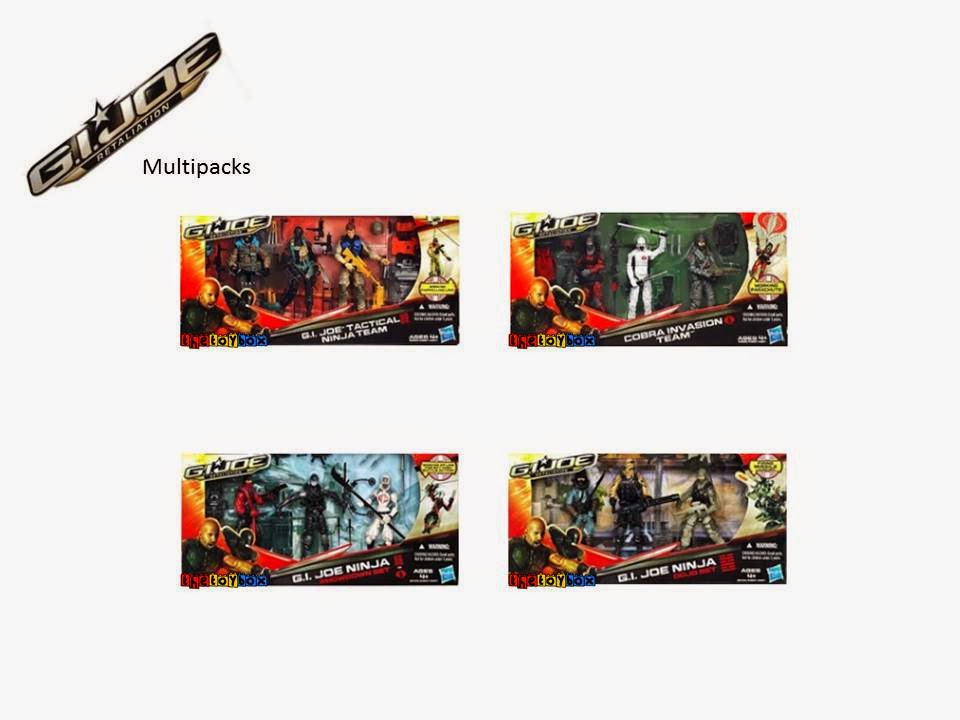 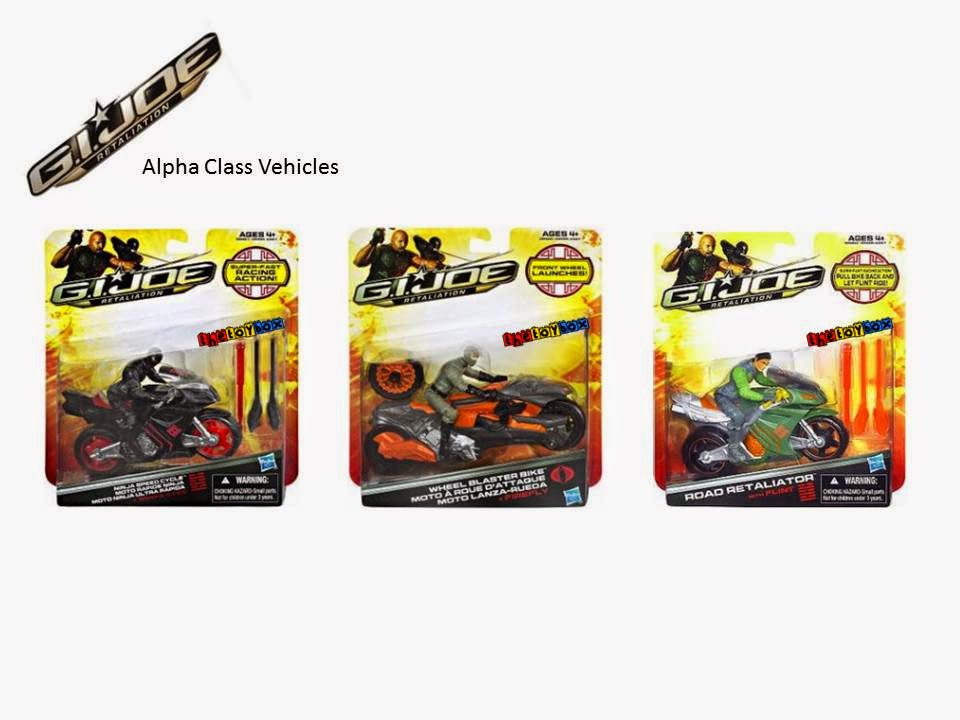 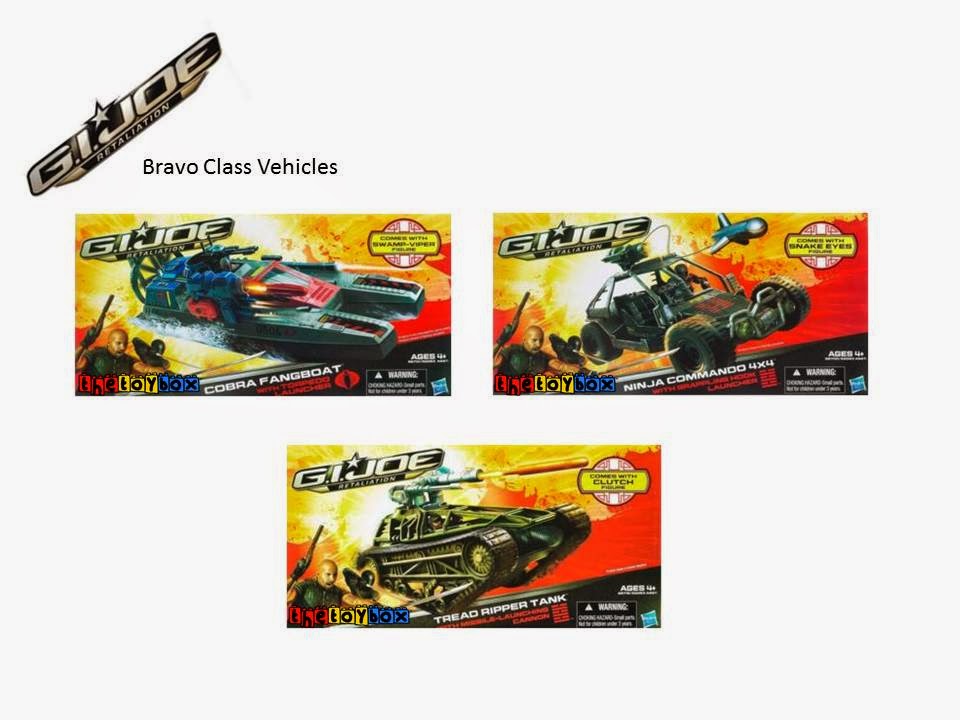 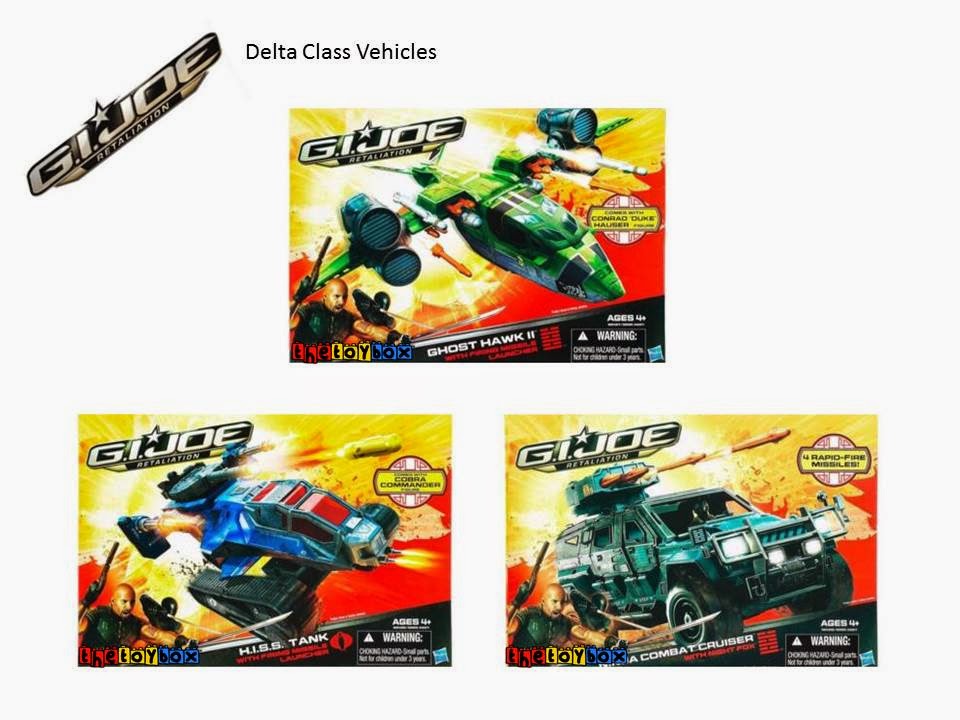 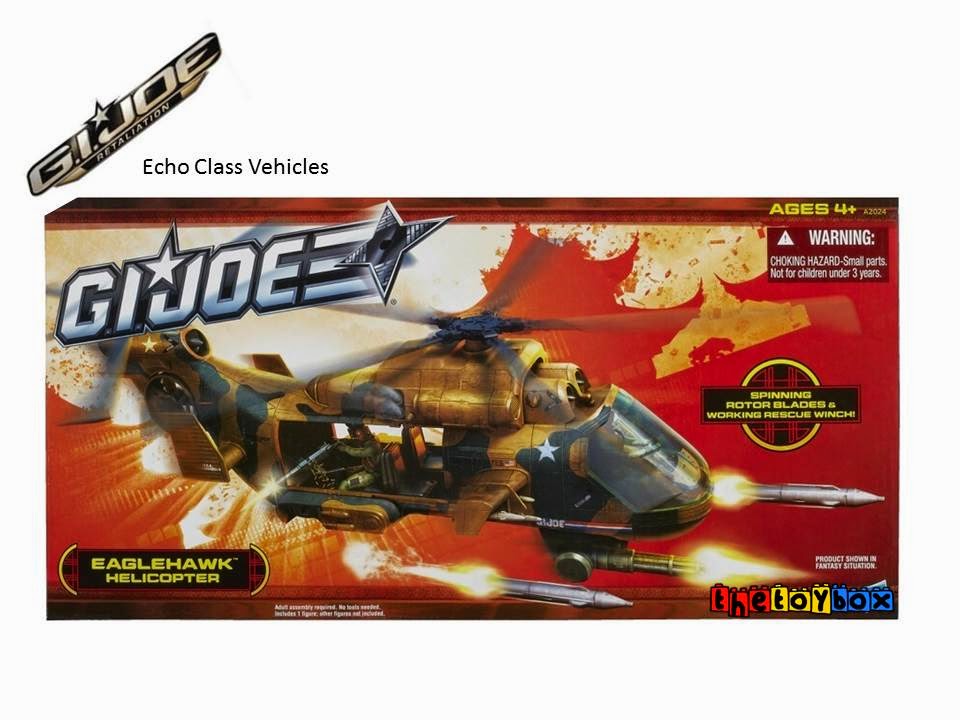 It's safe to say that in the long run, fans were more so forgiving of the toys than they were of the film, as for the most part product moved steadily off of store shelves. Though don't expect to cash in on these as an investment any time soon as secondary markets are pretty much non-existent. Sellers want to believe that each figure's value ranges from thirty to fifty dollars each, but the truth of the matter is that the average sale price is seven to eight dollars.

Join us next time when we take a look at Moonraker!

Click "HERE" to go back to the home page. For more posts related to this one, please click the labels below.
Posted by The Toy Box on October 27, 2014
Email ThisBlogThis!Share to TwitterShare to FacebookShare to Pinterest
Labels: 2010's, G.I. Joe, G.I. Joe Retaliation, Hasbro, Retaliation